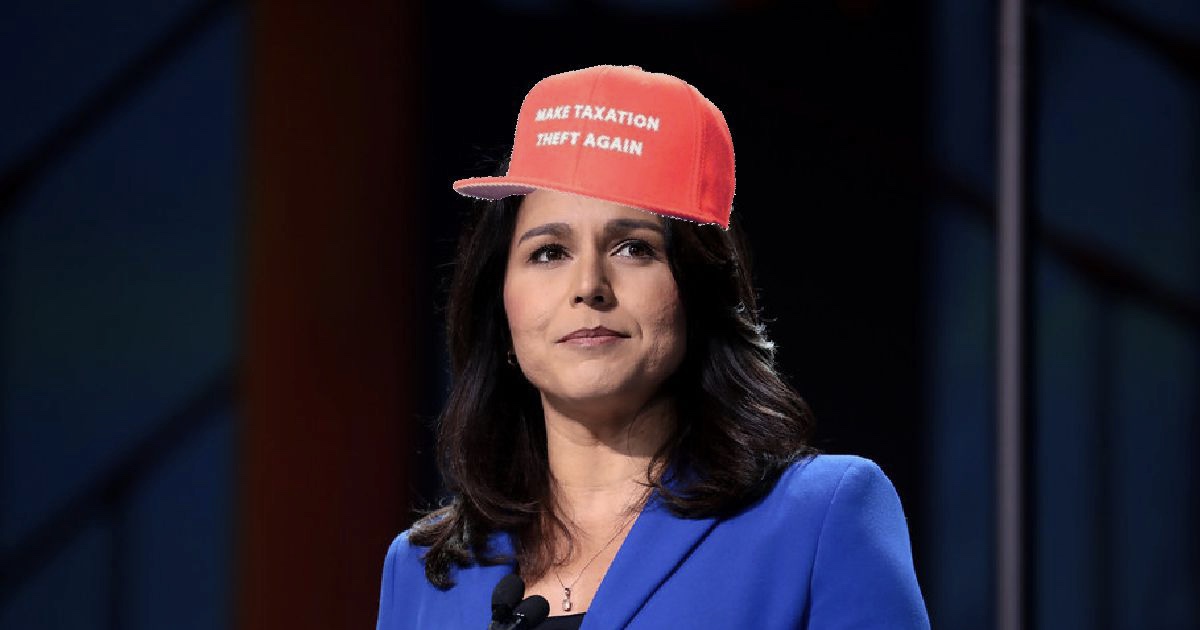 Tulsi Gabbard is, I think it’s safe to say, the pragmatic libertarians’ favorite in the Democratic primary.

Sure, she’s not a libertarian. That’s granted. There are plenty of policy positions she holds that simply don’t overlap with the libertarian position at all. It would take more than my two hands to recite them. Some of these are understandably deal-killers depending on one’s focus, and many don’t even care much about Democratic primaries.

But she’s got a laser sharp focus on the issues of overlap as her major concerns:
–  A pro-peace, anti-war foreign policy that’s at least more pure than her competitors’ and undeniably smart and informed by both intelligence and experience.
–  A support for civil liberties and transparency from a place of actual sincerity.
–  A willingness to call out wrong as she sees it regardless of where it originates.

And, let’s face it… look at her competition. It’s one thing to say she’s not libertarian enough for libertarian support in a general election. I’m sure that even if Marianne blessed her with a miracle and she somehow became the nominee, the eventual libertarian candidate would have her beat on libertarian cred. But who else is running in the race she’s currently in that could hold a candle to her?

Just having her in the debates is an easy way to show how awful her competition is on issues that Democrats are supposed to be good on because she’s actually willing to call them out. We all want to see her torch other Democrats on that stage the way she decimated Harris in the last debate she participated in. And it was just yesterday on Twitter that she wrote ‘Trump awaits instructions from his Saudi masters. Having our country act as Saudi Arabia’s bitch is not “America First.”‘… which just warms my heart.

Trump awaits instructions from his Saudi masters. Having our country act as Saudi Arabia's bitch is not "America First." https://t.co/kJOCpqwaQS

This weekend, Tulsi held a townhall in Ankeny, IA where she took questions from the audience. One of those audience members is a man named Seth (God bless you, Seth). He asked her about the good old libertarian bumper sticker slogan of “taxation is theft”.

Her response deserves more context than the first sentence that can fit on a meme, and is as follows…

Seth: “I’m one of the libertarians in this coalition that you’re building. And I want to say that you’ve already sold me on your thing. I’m voting for you, Tulsi 2020. We’re going.”

Seth: “But as a libertarian in this election space, I’m curious as to what each candidate thinks. I wonder… do you have any ethical problems with taxation? Whether or not it’s theft or… whether or not it’s permissible even if it is theft, or… just where are your thoughts on this subject?”

Tulsi: “Taxation is theft when our taxes are being used toward things that do not serve our interests.

Y’all work hard every day. When you pay those taxes, you should have faith and trust that they will be used for things like making sure you’ve got safe roads to drive on. To make sure that your kids are getting a good education in these public schools. To make sure that your firefighters have what they need in order to make sure your house doesn’t burn down if something happens. There are basic needs that we have in this country, and our taxes are meant to serve those needs.

It is about fiscal responsibility. And it is about accountability.

And making sure that our hard-earned taxpayer dollars are redirected away from this kind of waste and abuse and used to serve the interests of our people.”

Obviously, there are issues that libertarians could find with this. Taxation is theft “when”? “Public” schools? How would she “serve the interests of our people”, and is there a more effective solution than government? Is government really serving our interests at all when it acts outside of a role that protects life, liberty, and property – and what does that entail compared to her plans? That kind of thing that fills the headspace of all “real” libertarians rent-free. These are, of course, real questions and concerns. But…

She acknowledged a negative moral component to excessive taxation and implied that it’s nature was involuntary. She may have agreed taxation was theft only when the ROI was in the red, but in some ways that’s in line with classical liberal thought – even if her cost/benefit analysis on when government is serving our interests enough to justify some degree of theft is in reality worlds apart.

When painting a picture of the kinds of things worth the necessity of taxation, she described muh roads, schools, and firefighters rather than expansive welfare states in mixed economies (even if she does advocate for some of those same policies elsewhere). She spoke against bureaucracy and war, and for fiscal responsibility and government accountability. It’s hard to imagine some of her competition even using words like ‘fiscal responsibility’ for lip service without bursting into flames.

As a libertarian who believes taxation is theft, and a classical liberal who believes that there are things worse than theft, maybe I’m too sympathetic when giving credit for what I view as a great answer (politically speaking) that threads the needle she needs to thread for her coalition brilliantly. Maybe I’m not as critical as I would be if she were running in another party – but isn’t that the point?

I’d ask the following, though: Is there another Democrat running who could have possibly given a better answer from a liberty point of view?

Her answer can be viewed here, roughly 35 minutes in.

The War on Drugs: When Progress Comes Too Late