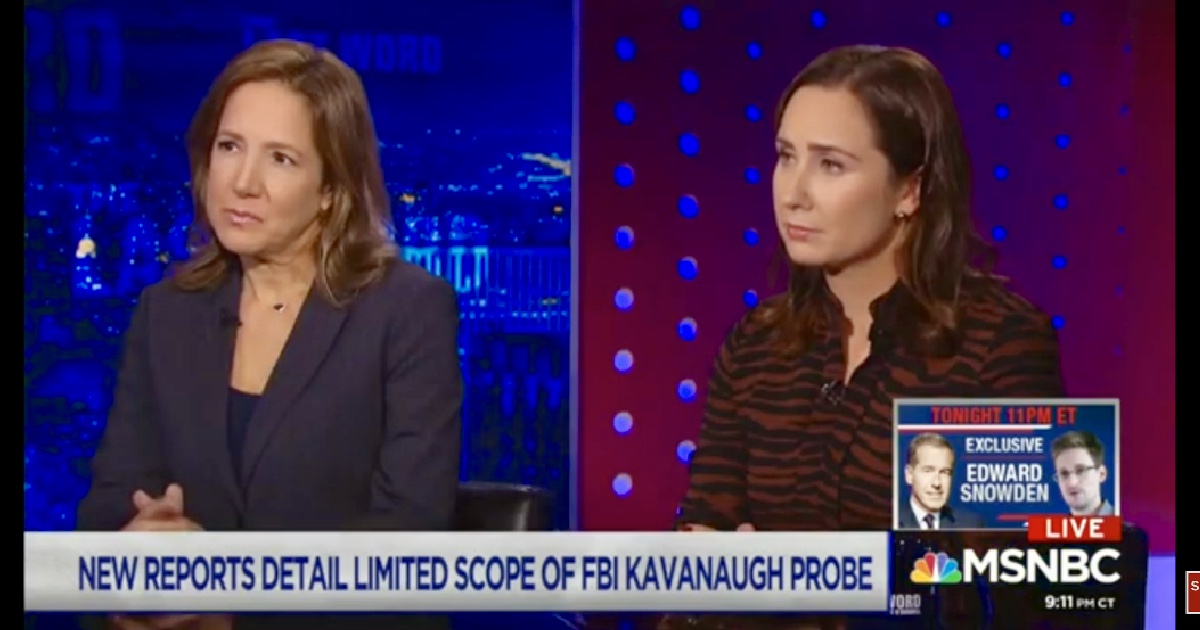 The co-authors of a new book about Brett Kavanaugh blamed New York Times editors on Monday for removing a key passage from an essay they published over the weekend that laid out a new, but uncorroborated, sexual misconduct allegation against the Supreme Court justice.

In an interview with MSNBC’s Lawrence O’Donnell, Times reporters Robin Pogrebin and Kate Kelly addressed the controversy over a New York Times Review essay they published on Saturday that previewed their book, “The Education of Brett Kavanaugh: An Investigation.”

The essay focused on uncorroborated allegations that Deborah Ramirez made against Kavanaugh in 1983, when they were both students at Yale. It also revealed that a Washington, D.C.-based lawyer named Max Stier told the Senate last year about another incident he claims involved Kavanaugh and another woman. Stier reportedly said that Kavanaugh had his penis out at a party at Yale, and that a friend grabbed it and thrust it in a female student’s hand.

But as Fox News contributor Mollie Hemingway (who has written a Kavanaugh book of her own) noted, Pogrebin and Kelly’s book had additional information about the most recent allegation that was exculpatory for Kavanaugh. Buried at the back of the book was the revelation that the woman in question refused to be interviewed and that her friends said she did not recall the incident.

After backlash across the political spectrum, The Times eventually added a correction to the story on Sunday that included the full passage from the book.

Pogrebin, Kelly and the Times all came under heavy scrutiny over the omission. Jim Dao, the Times editor who handled the article, conducted a Q&A session with readers concerned over how the story was handled. But Dao did not address how the key passage from the book was left on the cutting room floor, or whether editors indeed decided to remove it.

“In your draft of the article, did it include those words that have since been added to the article?” O’Donnell asked the reporters.

“It did,” they both replied.

“So somewhere in the editing process those words were trimmed?” the MSNBC host asked.

Pogrebin theorized that the passage was cut because it also identified the woman who they alleged had the encounter with Kavanaugh. The reporter said that editors likely cut the full passage as they cut the name of the alleged victim.

“I think it was sort of an editing, done in the haste, in the editing process, as you know, a closing section,” she said.

Both reporters denied that they intended to mislead readers in the essay.

“There was zero intent to mislead anybody about the details of the incident,” Kelly said.

“We certainly never intended to mislead in any way. We wanted to give as full a story as possible,” added Pogrebin.

They also acknowledged that they took part in the discussions to add the correction to the Times story.

“I think we felt like there’s so much heat, everyone has been kind of seizing on various aspects of this that we certainly didn’t want this to be an issue anymore,” Pogrebin said.

Face It, We Are All Spoiled