Libertarianism is an ideology as much as it is a political party. You can lean libertarian but call yourself a liberal, conservative, or environmentalist. The social aspects – namely freedom to smoke, drink, marry, and own whatever you want, are easy to understand and easy to agree with. The economic elements…not so much.

Thus, over time, many a famous politician, celebrity, pundit, businessman, and comedian have declared themselves to have libertarian beliefs. To which I say, hooray, I dig the positive energy, sister.

You may say these people are fair-weather fans. Happy to take the easy elements of the platform (weed, yo) and leave the harder ones (government healthcare is bad, yo). I say I’ll take support any way I can.

That said, presented for your approval, disapproval, and heated discussion are four people who aren’t libertarians, but seem to lean that way, and one libertarian, that you may not have heard of before.

This list was initially going to include Rand Paul. But in the interest of expanding our minds and world-view, I’ve not. Plus we all know where he stands, don’t we? 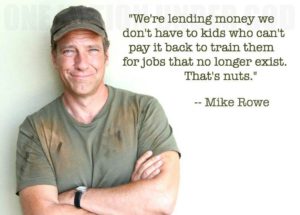 Mike Rowe is the champion of all things blue collar. You won’t see Donald Trump or Paul Ryan (or anyone else, really), diving deep into the nitty gritty business of what the backbone of this country’s infrastructure is made of.

Mike Rowe however, has done it for 10+ years.  Through those years he has seen the value of hard work and labor devalued in favor of the service industry and has seen the notion that somehow, backbreaking manual labor is ‘less than’ mentally taxing white collar work.

Rowe has focused on trade activism and appeared in numerous impromptu webcam videos advocating for hard work and the value of labor and skilled labor in particular.

Mike Rowe is the kind of guy with big ideas we want to hear. How to put people to work in a way that champions personal responsibility. Give people a skill. A trade. Not a job.

I’m A+ and Net+ Certified and know I can always fall back on it because they’re industry recognized. And I credit Mike Rowe with helping me realize just how special that truly is. 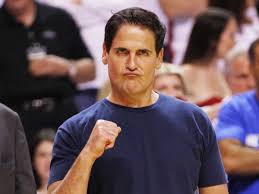 I wrote about Cuban recently (very recently) and the man has repeatedly stated he is a Libertarian at heart, though he qualifies his statement by  saying that he understands that the entwined nature of our current political system would make cutting the strings of big government immediately could result in catastrophic calamity for a lot of people.

He has stated that Government programs can’t solve everything, and he would cut 25 percent of the federal budget and it give it back to the people – believing American citizens can spend their money better than the government can.

He believes there should be a process to take us toward liberty. A step ladder if you will. I’m inclined to agree. Limited government, personal property and responsibility, and a general hands off approach of government is the way to go, but much like a baby, society needs to learn how to walk, before it can crawl, and currently society is still breast feeding.

3. Glenn Jacobs (AKA Kane from the WWE) 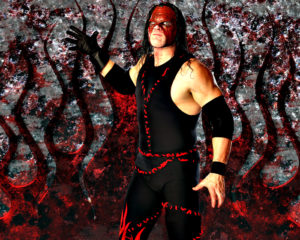 The first Libertarian I ever heard speak was this guy. Yes, this guy. For 28 minutes I listened to Jacobs speak against the internet taxation and how it affects small business.

I was not ‘politically’ active at the time. I voted democrat, supported gay rights and pro-choice initiative, but rarely thought critically about the media diet I consumed. That speech turned on a lightbulb, perhaps, I thought, things are not as they seem, and I should dig deeper.

Kane – Glenn Jacobs, is an actual Libertarian, but he is on this list because I don’t think many people are aware of him, as he wraps up what has been a very long and successful WWE career. But, he’s out there, and an ally, and in a few years…who knows?

More importantly he’s a libertarian that comes from show business, traditionally a hive of liberalism and dramatics.

He makes a lot of common sense points and has an eloquent speaking style, not to mention he could probably kick your ass if you tried to mandate he purchase healthcare through the government.

We should all be so lucky. 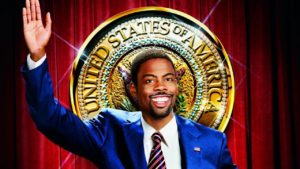 Comedian Chris Rock is vicious. So vicious that The Libertarian Republic ran a feature on him in 2015 featuring his most vicious quotes.

Chris Rock’s comedy focuses quite a bit on pointing out the hypocrisy of society and the truths contained within. In part because he was so honest and biting and…controversial, he famously declared he stopped playing colleges because the politically correct culture made it hard to be honest.

Which is a shame. The man speaks the truth. My favorite quote of his? “You don’t pay taxes, they “take” taxes.” That’s the most Libertarian thing I’ve read all day. 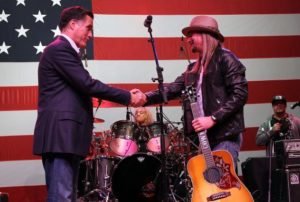 Musician Kid Rock, whose real name is Robert James Ritchie, is my favorite libertarian, even if he doesn’t know it.

“I am definitely a Republican on fiscal issues and the military, but I lean to the middle on social issues. I am no fan of abortion, but it’s not up to a man to tell a woman what to do. As an ordained minister, I don’t look forward to marrying gay people, but I’m not opposed to it.” He said a few years ago.

That is a level of honesty I don’t think we see very often, and more importantly, tends to fall into libertarian view of things…more-or-less. Even if he doesn’t “like”something, he understands it’s not his job to rail against it.

Even if Kid Rock isn’t going to champion auditing the fed or shout taxation is theft during a drum break, he, at the very least, seems to have the right idea about what makes America great, and how Americans can be great, if they just

Live and let live, after all.

Will The GOP Obamacare Replacement Pass?

The Washington Times Adopts A New Slogan For Trump Era