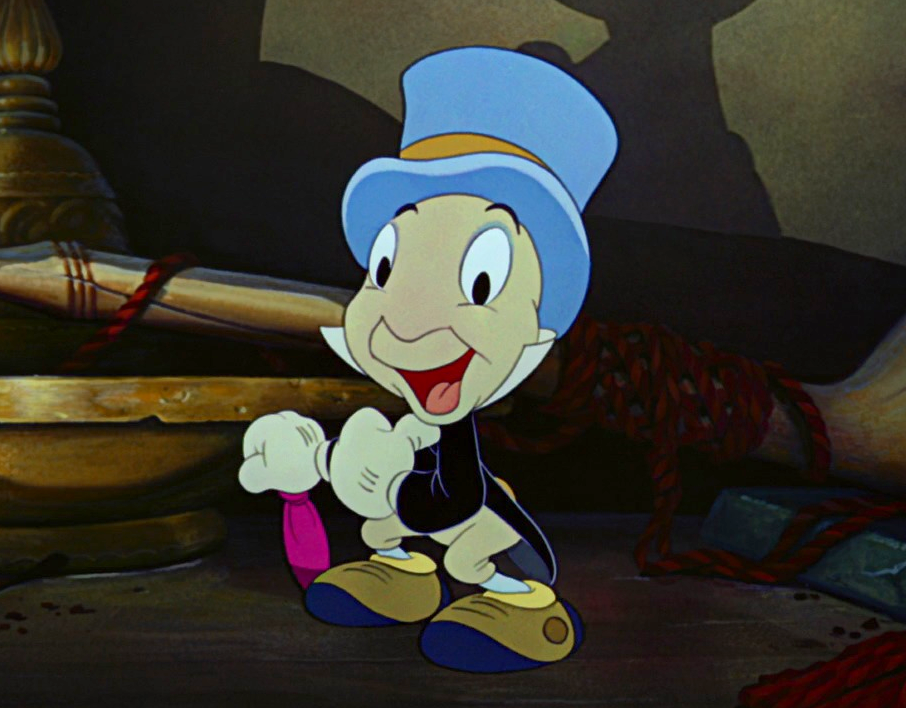 The President, the Congress, the Federal Reserve, and the rest of the smarty pants experts can sing along with Jiminy Cricket, wishing upon a star to their hearts desire; but I hope they know when their dream comes true, it will unfortunately look like the nightmare they are trying to escape.

These days when I listen to the President of the United States and his public relations mouthpieces speak about economic matters, one song and two images come to mind in a surreal juxtaposition of sweeping sights and sounds.

Here’s the song, sung by a cricket named Jiminy. Play it in the background if you wish.

The first image that comes to mind is that of a long line of beauty pageant contestants filed across a gaudily lit stage as an overly tanned and bleached toothed host approaches each lovely woman, only to turn to a panel of judges for a round of scripted Q-and-A where the sound bites are more important than a well formulated answer.

Q: If you had one wish, what would it be?

A: I would wish for world peace!

Bravo! Here’s your scholarship. We want you to be educated, successful, and celebrated, but just remember the moral of why we have pageants; despite your intelligence, don’t ever go off script because you represent us. Make sure your answers are simple, sweet, and safe. Play to the lowest common denominator, and again, always stick to the official story even if it makes you look like an imbecile.

The second image is that of a wind-swept riverfront in some remote village removed from any semblance of modernity. The wind begins to sweep in sideways gusts of heavy rainfall as the river’s water level begins to rise. The threat of flood is imminent. The village is in grave peril of being destroyed.

A precocious young man, anticipating the wet season several months before, had suggested the building up of levies or possibly the relocation of the village farther away from the river’s flow, but the elders who lead the people of the village refused to listen to the young buck’s blasphemous suggestions. The elders know their tradition, and in accordance with their history, they know the only way to stop the rising flood waters is for the shaman of the village to wade waist deep into the water, shout to the sky god the correct incantations, and then stick both hands deep into the flowing water to slow it down. This will save the people, the elders say, for when their great and hallowed shaman FDR (full name Funny Dancer in the Rain) did the same many years ago, the rain stopped, the waters receded, and the people were safe again.

When the young man suggests the weather comes in patterns that operated independent of FDR’s actions, the elders laugh in his face and tell him he is a fool. The young man is exiled in shame only to discover mere days later the village flooded: their lives, liberty, and property destroyed despite the elders best efforts to stop the flow of a river with their bare hands.

This peculiar juxtaposition occupied my imagination as I watched a spokesman for the White House, John Earnest, stand at the podium in the press room and take a question from Ed Henry.

Here is the transcript:

JOSH EARNEST, WHITE HOUSE: Well, I think because of the studies that you’re citing there, that’s actually what’s motivating the President’s speech, or the comments that the President has made over the last few days.

The President is concerned about the studies like the ones that you cited there, that as we’ve gone through the recovery, we need to make sure that those benefits are flowing to the middle class. If they don’t, if those benefits flow just to the top 1 percent, what we’re going to do is we’re going to get back into that boom-and-bust cycle that actually led to the worst economic downturn since the Great Depression in the first place. [emphasis mine]

Second off, I would like to humbly suggest, the boom and bust business cycle as we most recently experienced with the housing bubble and subsequent banking crisis had nothing to do with income equality. This is akin to saying someone has brain cancer due to their having headaches. Rather, they most likely have headaches due to a swelling brain tumor.

Accordingly, is it possible that the middle class being squeezed is actually a symptom of a much larger phenomenon? And while we’re talking quackery, is it possible your remedy for stopping the boom and bust cycle will lead to more problems? Are you trying to stop the flow of a river with your bare hands?

By definition there will always be a top 1 percent, and due to the fact we live in a world of scarce resources, there will never be any literal material equality nor would we wish there to be, else we wish ourselves impoverished. If rising levels of income inequality were the cause rather than just a symptom of the business cycle then we would have booms and busts all the time. There is simply no theoretical accounting for the unique historical characteristics of the boom bust cycle in this explanation, and thus Mr. Earnest and his boss are foisting a gross non-sequitur on the American people. They are doing so because of their economic traditions, their own mythical FDR, and the fact that it bolsters their official story that the elders of Washington  D.C. and their Federal Reserve politburo can rain down economic prosperity from on high with a few speeches and policy prescriptions. This is far from the truth.

The important question you must ask yourself regarding the boom and bust or business cycle is this:

How can a general cluster of entrepreneurial error occur all at once leading to a general decline in economic output? This question should be especially vexing considering the fact most entrepreneurs and businesses become successful through knowing how to manage risk and forecast economic condition by assessing the price system for their business needs. How is it possible that all these talented and successful economic agents are all wrong en masse?

Murray Rothbard’s Economic Depressions: Their Cause and Cure offers a larger theoretical answer. He and his teacher, Ludwig von Mises, were right to say there is such a thing as immutable economic laws, and no matter the special pleading or “scientific” actions of a some human beings, the laws of praxeology hold true like a law of nature.

The President, the Congress, the Federal Reserve, and the rest of smarty pants experts can wish upon a star to their hearts desire, but I hope they know when their dream comes true, it will unfortunately look like the nightmare they are trying to escape.