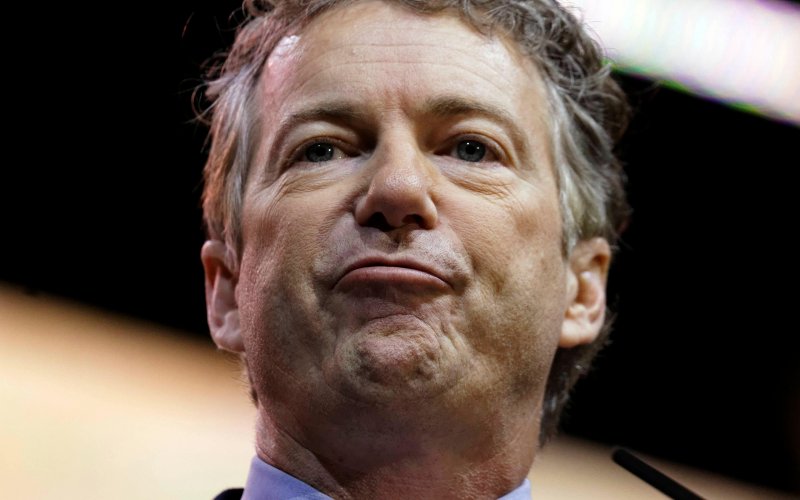 Sen. Rand Paul says Democratic presidential candidate Hillary Clinton should apologize to Kentucky coal miners for saying she will put them out of work after a report came out showing the state is hemorrhaging coal mining jobs.

The former secretary of state is making her way across Ohio, West Virginia and Kentucky to build momentum for her presidential nomination, while at the same time heal wounds created when she claimed she would “put coal mines out of business.”

“As Kentucky’s hardworking coal miners and their families continue to endure the very real and devastating effects of the Obama-Clinton War on Coal, I doubt they are excited to have the person who promised to put them out of work personally rubbing her anti-coal, anti-Kentucky agenda in their faces today,” Paul said Monday on his campaign site.

Paul, who is running for re-election in the U.S. Senate, was reacting to a quarterly report released Monday by the state showing 1,501 coal mining jobs were lost in the first three months of 2016. That’s nearly an 18 percent drop.

He added: “Hillary Clinton’s apology is long overdue, and I am calling on her to apologize today, and in person, as she faces the Kentuckians suffering under her War on Coal.”

Clinton is trying to revitalize her campaign in the coal country. She touted in November a new program paying for job training programs for laid off coal workers, as well as subsidizing enormous infrastructure projects, handing out tax credits and expanding green energy production on federal lands.

St. Louis-based Peabody Energy, widely considered the largest coal company in the world, filed for bankruptcy in April; company officials claimed they made their decision because of the coal industry’s downward plunge in the energy market, stiff competition from natural gas producers and economic slowdowns in China.

Arch Coal, another Missouri-based coal company, filed bankruptcy as well in January. Officials with the second largest coal company in the country said it was trying to avoid keeping $4.5 billion from its doles. The filing, according to company officials, essentially leaves most of Arch Coal in the hands of lenders.