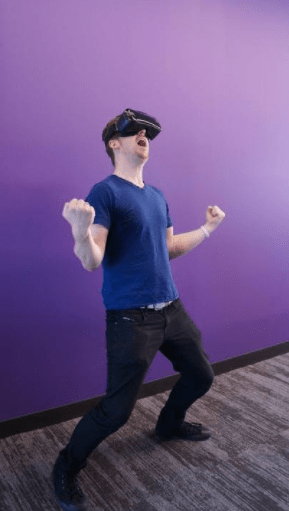 When it comes to choosing the best VR games there is plenty of room for debate. Everyone has different likes and dislikes from their gaming experience which means that they’ll be looking for something from their VR headset and the games they have chosen. That said, as there is now such a large selection of VR games available there is something for everyone!

Tetris Effect – This easy to play game is available on PSVR, Steam, Windows and Oculus which means it’s a great choice for most VR headset owners. Although you might think you know Tetris, this is a version of the game like nothing before. As well as the standard Tetris rules you have falling blocks, brisk rule-changes and folding lights to help keep things interesting. It might be such a simple concept for a game but it’s a great one to play with friends and you’ll find yourself losing hours to playing it without even realizing.

Moss – The animated adventure game is full of fun, adventure and a whole bunch of cuteness. You follow Quill, the heroine of the story while playing your own character (The Reader). You don’t control Quill but you do control the game by being able to move objects around.

Statik – The puzzle game is available on PSVR and is known amongst the VR community as one of the immersive games available. Although the puzzles are hard to complete, they’re just on the right side of hard that makes them a challenge, but not impossible. You work through a combination of button presses – twisting and turning the controller in your hands as you go until the puzzle is complete.

Beat Saber – For a whole host of fun you have to try Beat Saber. It’s a simple concept but so much fun – you only have to watch someone else playing it to pick up the rules – work your way through the coloured beats with the lightsabers in your hands and you’ll soon be working up a sweat while having the time of your life.

That is just a handful of the best VR games on the current market. Over the next few months, there are likely to be plenty of new releases and perhaps some old classics reinvented for the VR headset generation. The technology behind these headsets is certainly evolving; which means that everything from fighting your friends with a lightsaber to enjoying adult entertainment can only get better.

How Online Casinos Use Big Data to Best Attract Customers

What Is the Average Settlement If You’re In a Minor Car Accident?