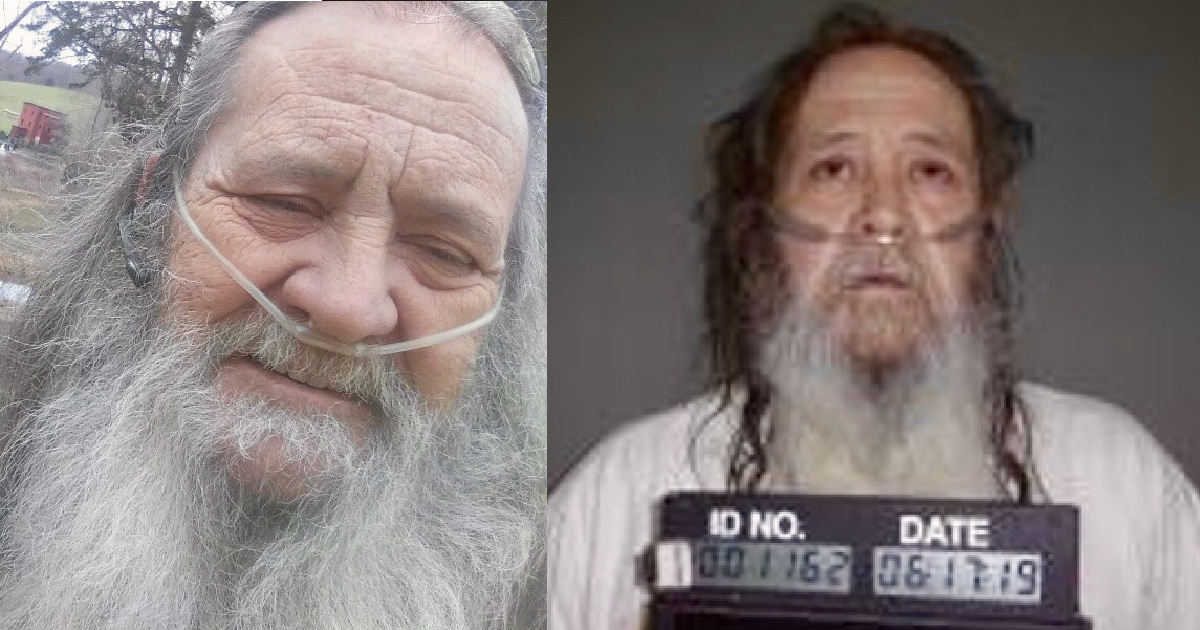 Steven Sutherland was in the midst of a slow and painful death on the day authorities raided his rural Missouri home in 2015. Sutherland died alone in a prison cell on May 9, 2020.  He was 59 years old with a birthday coming up on June 27th.

He was found guilty of possessing marijuana and sentenced to ten years in prison. His son tells me at the time of arrest, he had high blood pressure, seizures, and used oxygen at the time of conviction. During the court proceedings, Sutherland was admitted to the hospital at least once.

The jury convicted him despite his argument that he used the marijuana to ease his failing health and despite the fact that Missouri had recently, voted to legalize medical marijuana. His son mentioned, ”I do believe his prison sentence was excessive, and I think taxpayer dollars going towards victimless crimes is ridiculous as a whole…especially while in the process of medicinal marijuana becoming legal in Missouri”.

However, he adds that his father was offered a guilty plea bargain that would have granted him probation of five years with random drug testing, “I told him to take that deal”.

Adela Wisdom is a judicial reform advocate with an emphasis on cannabis inmates, and a Congressional candidate­­. She argues that Sutherland’s case never should have been brought to court. “He never should have gone to prison in the first place and the fact that he died alone because he was in prison for a plant is horrendous”.

Wisdom has been writing to him for the last year while his sickness was worsening. She points out that Sutherland was growing his own cannabis because he was sick. He was a medical marijuana patient in the state of Colorado. It became expensive to buy from Colorado, so he started to grow his own plants.

However, Wisdom reminds me that even when you buy it legally from Colorado, another state does not have to respect your prescription. In other words, complying with laws in some states is still considered illegal behavior in other states. Therefore, “I believe the solution is to remove cannabis from the controlled substance act PERIOD.”

Sutherland was petitioning the court to release him from the time he was sentenced. It was obvious that 10 years in prison was a death sentence for the ill man. Christina Frommer of Canna Convict Project says, “The Parole Board had Sutherland’s medical release papers in their hands and they sat on it”. When she called, the officials told her the board couldn’t hear his case until August. She pleaded that he didn’t have that long to live, but they were not moved since it was likely he would not qualify for early release. He had not served 30% of his sentence which usually must be completed before parole is offered.

Sutherland finally succumbed to cancer which was found while he was in prison, about three months ago. By that time, the cancer was in Stage 4. He made the decision to decline treatment because he felt the cancer was too far along and it was pointless. Soon after, he fell into a comatose state.

Adela Wisdom views Sutherland’s case as another example of a legal system that is hindered by an obsession with marijuana plants, “Is the intent of our justice system to put a dying, sick man in prison for the last year of his life because he grew some pot plants?”

It is true that Mr. Sutherland was a repeat offender. He was found guilty of possessing and distributing marijuana in the 1990s, and because of that offense he was not allowed to legally possess a gun. A firearm was found in his home when police raided it. The weapon charge is one of the reasons for the length of the 10-year prison sentence.

Wisdom admits, “recidivism is high amongst cannabis offenders”. She believes the solution is multifaceted, but one of the main points is to stop the government from harassing citizens for cultivating a plant.

Sutherland had reports of violent behavior both officially documented in restraining orders and personal stories that I was told about. However, the marijuana charge is what sentenced him to prison for (what everyone knew) would be the rest of his life.

The state of Missouri nor the US government has acted to end the federally endorsed hysteria against the marijuana plant. Sutherland’s death was inevitable regardless of the government’s actions. The cancer was going to end his life naturally. But he could have been at home. Instead, the last days of his nearly 60 years of life were spent in a prison.

When Sutherland’s son looks at the greater picture, the lesson is clear that individuals are responsible for their personal behavior and faults. But the system could take measures to not exacerbate the problem. “Understand that so many people with mental illness do not get the help they need and they fall through the cracks all too often; drug offenders often time do not need to be in prison—they need quality rehabilitation and support.”