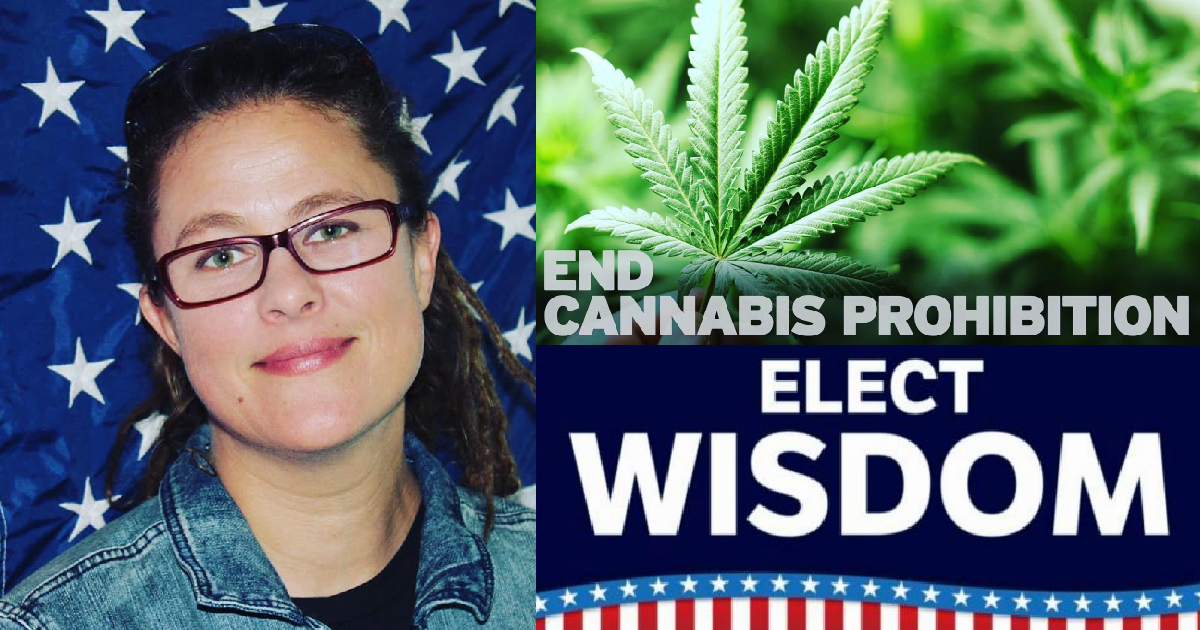 Anxious. Stressed. Constantly looking outside your window for unwanted guests.

This is how US Congressional candidate Adela Wisdom answered my question of “How are you?” She and her husband have been fearful of the community authorities ever since September 17th when her home in Williamsburg, Missouri was raided by armed state and local law enforcement in a search for a marijuana grow.

The local Sheriff deputies and masked state agents (known as the Mustang Task Force) broke into her security gate days after a large helicopter flew over her house and hours after a drone was spotted hovering over the Wisdoms’ yard. As Wisdom was recalling this day to me, a helicopter roared above her home. She quickly added, “That is fine, people are allowed to fly over our house; I just get a little paranoid after everything that has happened.”

All three of her properties were searched, even though the search warrant only had one address listed. Wisdom said her property is specifically broken into three different pieces with three different addresses “I get three tax bills.” The agents were at Wisdom’s property for nearly an hour, but found nothing illegal.

When the officers also asked if they could search the inside of her house, Adela exercised her 4th  Amendment right and politely denied the request because the warrant was only for the outside of her property. As a proud “Constitutional Republican”, she knows her rights and will be practicing them.

Adela Wisdom is not your average victim of government encroachment. She is a candidate for Congress running in Missouri. Wisdom has advocated for criminal justice reform for years. She has traveled around the world to bring awareness to what she deems “unjust” laws and testified at the United Nations about judicial reform.

Wisdom is running to unseat incumbent Republican Blaine Luetkemeyer. She explains she is running to bring a fresh perspective to a stale political system. Mr. Luetkemeyer has been in Congress for twelve years. “He has been in politics since I was 21-years-old and I am 42 now”, Wisdom tells me. She is a firm believer in term limits, but those do not exist at the federal level. So, conducting a primary campaign against the incumbent is the best way to let her voice be heard.

She finds one of the most egregious parts of this harassment is the taxpayer money that was spent. “I’m just amazed at how much money was used, how many times a helicopter went over our property, and the amount of law enforcement officers that were here. It has got to be in the 100,000 dollar range.”

After the authorities searched her property, they found no marijuana. The Wisdoms shook the agents’ hands and parted ways. But she thinks about the people who aren’t so lucky. The Americans who lose their freedom and are hauled away in handcuffs for growing a plant. The plant, that Wisdom tells me, has a long and proud history in her neck of the woods. Local farmers were formally thanked for growing and providing much needed hemp during World War II.

Adela and her family are uncertain about the future of their life and legal case. They were in the process of adopting a child and are unsure whether this will hinder that. They are in the process of applying to find out more about the search warrant. Who is the judge that scribbled his signature in approval of this document? Who submitted the application for the warrant? What prompted them to come to the Wisdoms’ property? Adela still has no answers to these questions.

The irony of the situation is not lost on her. She is on a first-name basis with the Sheriff. She and her husband thank him for his service at every community event where they see him. She even voted for him. All he had to do was come talk to her and they could have looked at her property without the harassing raid.

You can find more about Adela and her campaign at adelawisdom.com

Rudy Giuliani Goes Off On Atlantic Reporter, Declares Himself A ‘Hero’ And His Critics ‘Morons’