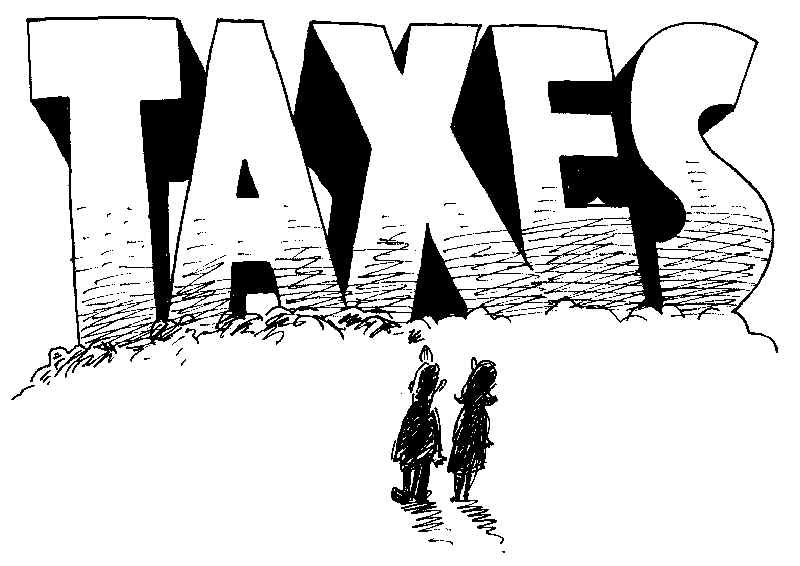 Most American citizens don’t like the ridiculous tax laws in America. Yet, they seem to be completely content with them at the same time. We grumble every time tax season comes around as we prepare our mountains of forms and schedule appointments with agents. Why is it that so many Americans are resigned to the will of the government when it comes to this? It’s not so much that people don’t want to do anything about taxes, it’s that they defend the U.S. tax code (or taxes period).

The most egregious example is the infamous income tax. We are constantly told that taxes are the prices we pay to live in a civilized society, but many conveniently forget that the income tax was not implemented until 1913. Which begs the question: How did American civilization function prior to 1913? Roads were still built, schools were still in session and the economy kept moving before this tax was made law. Politicians and pundits keep stressing the importance of paying taxes to the point where they have many American’s convinced that our country cannot survive if these dues aren’t payed. Former Vice President Joe Biden made the mind-boggling claim that it was patriotic for the rich to shuck out more money to the state. Anybody over the age of eight knows that the Founding Fathers began a revolution over high taxes, an act today which would be seen as insane.

As I stated before, most people loathe paying money to the state, however they still try to justify it for whatever reason. Our government has this weird hold on people; they have everyone convinced that are taxes absolutely necessary, no matter how worthless they turn out to be in the end. The national debt continues to climb, there are still millions of people on food stamps, and the citizens’ money is wasted on the dumbest things. Yet we’re supposed to believe that fleecing the American public (especially the wealthy) will solve all kinds of problems. It’s a scheme: the state claims it can fix difficulties, as long as you keep feeding it money, and yet, almost always, the troubles only worsen. It’s like a drunk gambler at the casino who has lost all his money, forcing his friends to keep giving him tens and twenties because he knows he’ll eventually win it all back and then some.

And to top it all off we have a leviathan of a tax code that is over 70,000 pages long. We now have to pay math wizards to fill out our forms for us, which is absolutely disgraceful and totally indefensible. Let that sink in: we have to pay taxes, and on top of that, pay our tax agents to do our taxes. In what world does that make sense? Isn’t that kind of an indicator that our code is a little too complicated? In fact, has it all gotten so complicated that it’ll take several bills and term limits to simplify any of it?

These laws will probably be with most of us to our dying days. I cannot see anything changing within the next several years. If anything is going to get done, it will be piece by excruciatingly small piece. Anytime the state has to give up a modicum of its power, it will make the task as miserable and drawn out as possible. The government is never interested in making anything easy for its citizens, so it’s little wonder that our founders went to war over a tax increase. They wanted to stop the monster before it became out of control.

Jerry Springer Could Run For Ohio Governor In 2018