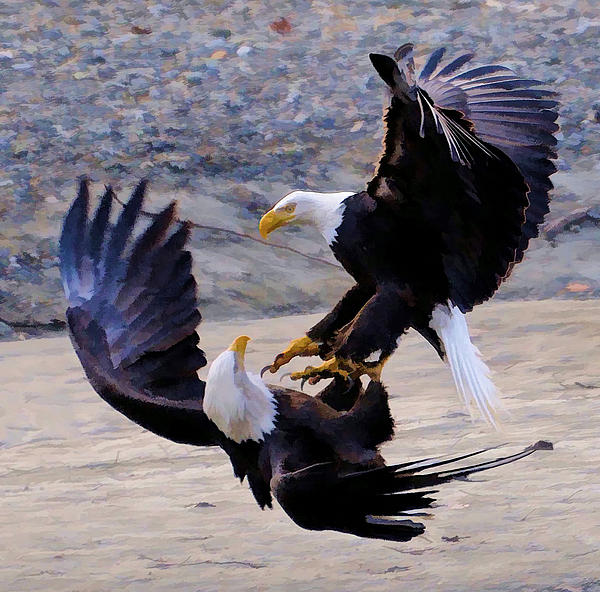 For many liberty advocates, finding like-minded thinkers among the Libertarian Party has been a blessing. The rift between Democrats and Republicans has been exhausting over the past year, and it was easy to get to the point where you suspected a grand psyop was underway and you were one of a handful of people who was strangely immune. Finding people who share a love of liberty and understand that it is possible to reject the duopoly and move forward on a set of liberty principles was refreshing for many who first looked to the LP during the last election, and the Libertarian Party boasts that 2016 was a record year for membership.

While the LP advocates for a set of ideas based on libertarian principles, the purpose of an organized party is to gain political influence, either by winning elections or by running candidates that are able to pull more dominant candidates into views that advance liberty in general. In order to achieve practical influence, a political party needs to be inviting to outsiders. It needs to groom charismatic candidates to spread its message. A successful Libertarian must present a positive vision of what libertarian freedom might look like in practice.

But today’s Libertarian Party is content to preach to its own dissonant choir. Its recent outreach on social media is tone-deaf, and the momentum the LP gained of 2016 is in danger of falling off. Those involved in the liberty movement have shifted their focus to actual policy initiatives coming from government as opposed to fighting the dominance of the duopoly in an election.  This is an excellent opportunity to advance liberty ideas and to illustrate how the average American will benefit from restoration of his liberties. I’ve observed many grass roots libertarians doing this in their home states, fighting for one policy and against another to defend liberty.

But what does the national Libertarian Party do? It posts memes of the LP platform and libertarian clichés on social media. It promotes discord within the party. And it shoots itself in the foot, seemingly every damn day.

Last February, The Commission on Presidential Debates was ordered to rewrite its rules so as not to arbitrarily discriminate against third parties. The LP was a party to the suit brought against the CPD, and that was constructive. So with a few years to go before another presidential election, the LP might want to seriously consider the wider liberty movement and how to gather, as opposed to repel, potential LP voters.

But is the LP serious? Sometimes it seems as if the LP is sabotaging the liberty movement as opposed to advancing it. Here are five ways how.

Many libertarians felt a little thrill at LP Chair Nicholas Sarwark’s statement on election night when he faced the duopoly and stated, “Your tears are delicious and your parties will die.”

But be honest: it was a cheap thrill. “I’ll get you next time, Gadget!” comes to mind. In the most favorable circumstances for an LP presidential candidate to gain ground, Gary Johnson failed to receive 5% of the popular vote, coming in with just under 3.3%.  Sarwark’s words were pretty big talk for a party that gets trounced in every election. Putting a positive face on a loss isn’t easy, but it never hurts to be gracious in defeat. Sarwark was just being a jerk.

OK, so let’s give him a pass on election night. How about Sarwark’s declaration that abortion isn’t a real political issue? That pretty much exploded on social media among libertarians, with many pro-choice members demanding that pro-lifers get out of their party while Larry Sharpe tried his best at damage control.

Then there was an ill-fated attempt at being religiously inclusive by posting a tenet from The Satanic Temple on the LP Facebook page during Easter and Passover week. For some Christian and Jewish libertarians it did seem to be provocative, and again stoked divisions within the party. How about this? “To everyone celebrating holidays this week, know that The Libertarian Party supports freedom of religion and freedom of conscience.”  You could post it during Ramadan, Diwali, and every other special religious holiday—and even on Atheist Day! That’s how inclusion works. But the LP’s focus seemed to be on avoiding a micro-aggression against the relatively few people who belong to The Satanic Temple and chose instead to alienate Christians and Jews. Because Satan is a figure in Judaic faiths, and also because almost no one knows what The Satanic Temple is, it was almost as if the LP was trolling believers during Easter and Passover. What jerks!

Most recently, LP Vice Chair, Arvin Vohra, stated that those who enlist in the military are only doing so for college money, and implied that they were willing to kill people for money. Perhaps Mr. Vohra is unaware that over 90% of enlisted personnel are stationed in the U.S. and Europe and never kill anyone. So Vohra’s charge against military personnel isn’t only provocative, but just plain incorrect.

While I sometimes think that America has a somewhat unhealthy worship for the military, making such a broad statement about those who enlist is obscene. Today a petition was started to oust Vohra for his remarks. That’s unlikely, but when he tries to recruit Libertarian candidates, it’s going to be a sore spot among veterans.

These are all examples of how LP leadership, and sometimes its members, are just like that guy that walks into a party and starts insulting people thinking it makes him look like an enviable alpha. It doesn’t. It just makes you look like a jerk.

Gary Johnson’s campaign made a strategic move during the 2016 election cycle to woo Bernie Sanders supporters at the expense of ostracizing potential voters of a more conservative stripe. Johnson stressed his liberal (i.e. progressive) positions on abortion, legalization of cannabis, and open borders, and he played down the party’s free market principles and support of religious freedom. He sent a shock wave through Libertarian circles by suggesting that Jewish bakers should be forced to bake cakes for Nazis. Just before the election, he came out in support of Universal Basic Income.

Johnson is a liberaltarian, that is people who lean liberal (progressive) on social issues, but are libertarian on fiscal issues. The trouble here is that to force people to bake cakes and to use taxation (theft) to provide a universal basic income to all are not libertarian ideas.

Johnson still has a lot of support within the LP, and many members of the LP deplore conservatives of any stripe—even when they’re happy to advance liberty and mind their own business. They don’t want LP members who refuse to march in the Gay Pride Parade but will otherwise circulate petitions. They don’t want pro-lifers in the party whose positions are based on science and natural rights.

Yes, the LP has grown, but is also developing its own orthodoxy and litmus tests. Sounds so much like liberty—not.

How many times have you heard, “Anarcho-capitalism is the only way!” Yeah, but that’s not going to happen any time soon. Let’s see how Seastead works first. The radical changes in governance that libertarians propose are often rejected out of hand because libertarians are focused on an idea goal and how great that will be, and don’t generally think about how you actually get there, and who gets hurt. Showing how a libertarian micro-economy works may well be more persuasive than persuading people to ditch everything they know in favor of an ideal that is foreign and risky. Using common examples of eBay and Etsy as global, free marketplaces is more persuasive than shouting about dismantling OSHA.

Mises Institute v. Cato. Cato v. Ron Paul. Adam Kokesh v. Austin Petersen. The LP is a collection of rifts, often played out on social media. Sometimes I think cuck-fighting is the official sport of the LP. Every few weeks some celebritarian throws shade at another, usually replete with personal insults and braggadocious claims.

Even though every libertarian has his favorite philosopher and they don’t always agree on every little thing, libertarianism is generally a cohesive philosophy. Yes, it is open to interpretation, but why are there so many bitter squabbles among libertarians? And why all the drama?

Too many egos. How are we going to convince the lovers of government control that people can work everything out for themselves when libertarians can’t even agree where we agree?

The LP makes this attempt in its platform, which is really quite good. Sure, I would like there to be some acknowledgement that there is such a thing as a libertarian pro-life view and some age of consent protections, so it’s imperfect. Yet, it’s actually substantive and better than either the Democrat or the Republican platform. It’s not full of platitudes and promises, but principles—principles of liberty.

What if the same energy spent by libertarian pugilists over philosophical purity were spent on actually marketing freedom to the masses? Might the liberty movement have a better chance?

Sometimes I wonder if libertarians are just comfortable being on the outside looking in. Sure, there are a handful of libertarians who have achieved office (numbering 152, to be exact). They are mostly in local offices, which is nothing to be ashamed of, as citizens are often more affected by local governments than state and federal governments. And I understand that it’s really hard to get elected when you’re not running as a D or an R.

But it’s clear that as a national force, the liberty movement has much more potential.

When voters bother to vote, it is in self-interest, which often extends beyond their own personal lives into their communities. How do the ideals of liberty translate into their self-interest? That is the only question on the table. If the liberty movement is going to make meaningful headway against authoritarians, it has to nip at the heels of the status quo, supporting pro-liberty reforms that people can actually get behind.

Libertarians need to take an outward approach. The fact is that most people aren’t willing to embrace libertarianism in its fullest. But that doesn’t mean there isn’t room for progress. We need to reject the duopoly’s game of fear-mongering voters into electing them and promote liberty in positive terms. We need to take that LP platform and translate it into tangible improvements in people’s lives. Make it easier to start a business. Let the markets continue to reduce the cost of living, and bring them exotic things they never knew they wanted. We need to reassure those in need that the rug will not be pulled out from under them all at once, while pressing hard against corporate welfare. We need to promise an incremental march toward liberty, not a wholesale re-imagining of the world they live in. 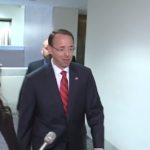 No: Deputy AG Rosenstein’s Response When Asked if He Threatened to Quit Administration