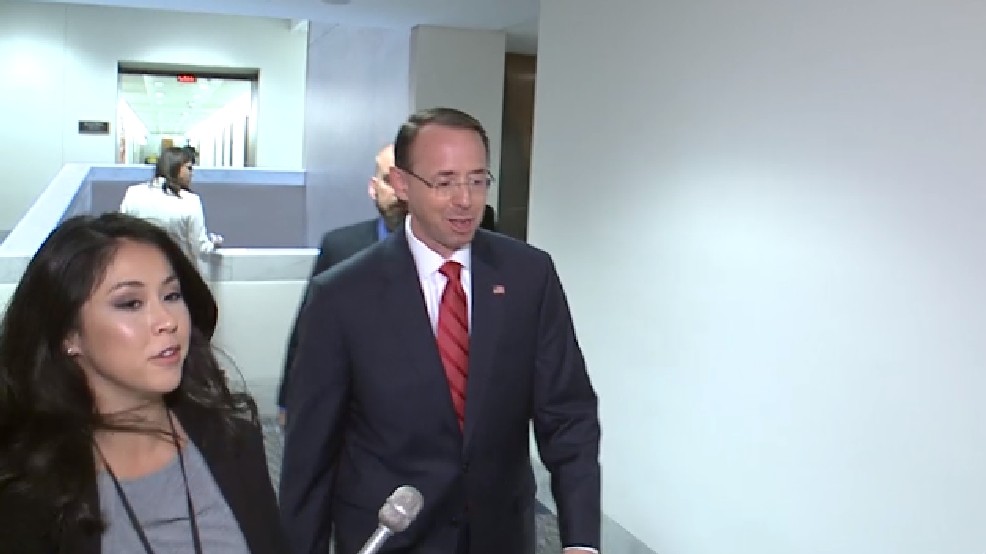 From the Washington Examiner:

Rosenstein was asked to respond to the report by Sinclair Broadcast Group’s Michelle Macaluso as he was walking out of a meeting with the Senate Select Committee on Intelligence.

“No, I’m not quitting,” he said in a video posted to Twitter.

Macaluso asked again if he threatened to quit, to which he replied, “no.”

When asked if he threatened to quit over Comey's firing, Deputy AG Rosenstein responds: "No, I'm not quitting." https://t.co/DEhWnTTaMw pic.twitter.com/0FCX7Al3WH

EDITOR’S NOTE: The Libertarian Republic previously reported that Rosenstein had threatened to quit following the situation surrounding the firing of FBI director James Comey, however, upon new information, the story has been removed.

Majority Of Voters Either Didn’t Care, Or Supported Comey Firing