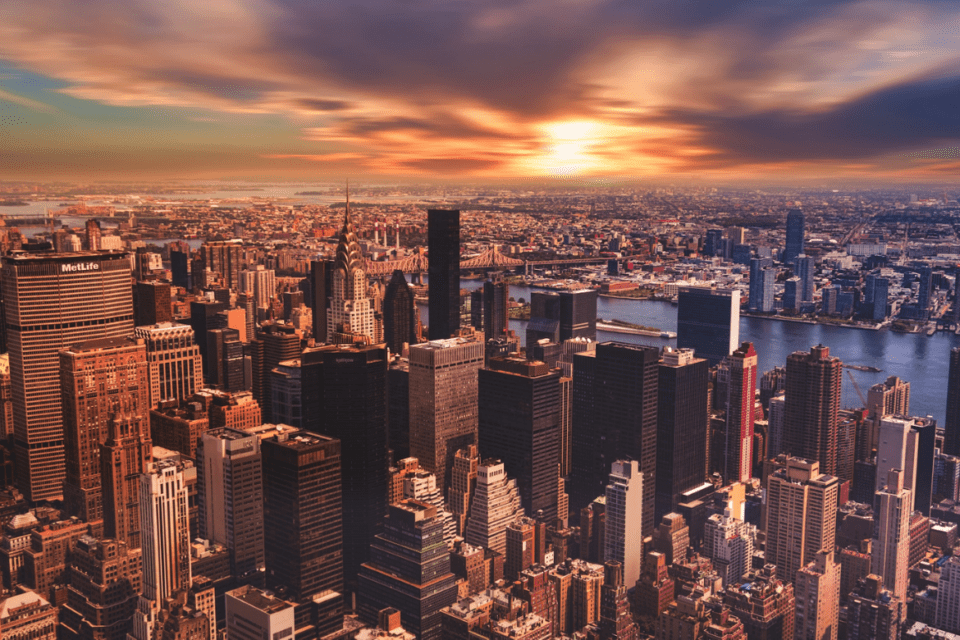 James Altucher, who might best be described as a renaissance man, recently wrote a sobering piece about New York City. Altucher is bearish on the city’s future for a variety of reasons.

I don’t quite share his pessimism, especially considering all of the variables likely to affect a NYC comeback—the widespread availability of a vaccine, government policy, “pandemic fatigue,” technological innovations, etc. But I am confident in saying that if the city resists tearing down the barriers to innovation—high taxes, burdensome regulations and gratuitous mandates—recovery will be all the more difficult.

I say this as someone who lives in Upstate New York and doesn’t have an insider’s perspective about NYC, but I do understand the power of free enterprise to make life better.

Unfortunately, NYC’s policy climate has not been very friendly to innovation. According to a Reason Foundation report, NYC ranks 49 out of 52 on the U.S. economic freedom index for metropolitan statistical areas. This is relevant because research indicates that economic freedom can positively impact outcomes like income, employment and population growth.

People, when free from government coercion, have an innate ability to serve others in the pursuit of their own interests. It’s this process—one that allows for innovation and production—that creates wealth for everyone. In order to carry out this process easily, companies often use open innovation platforms such as ideXlab. These platforms enable you to determine the sectors that require your expertise and solutions so that you can provide unforgettable experiences.

What then are the policy implications to be drawn from this fact? As a start, NYC needs to reduce its bloated budget and high tax burden on people at all income levels. This will put more money back in the private sector, where resources are allocated based on consumer demand and entrepreneurial foresight rather than political preferences.

Another important step would be to loosen zoning restrictions. As Altucher points out in his piece, many businesses have switched to working from home, emptying floors of office buildings in the process. This could be a permanent move given the ease of tele-commuting. One way to combat this new problem of ghost buildings is to allow for rezoning, paving the way for vacant office space to become new housing—as suggested by Eric Kober of the Manhattan Institute.

Officials should also consider eliminating minimum wage and paid sick leave mandates for businesses looking to hire. Some have estimated that the pandemic and shutdowns have led to the closure of approximately 3,000 NYC businesses. For those businesses lucky enough to remain open, adding to their pain and the pain of people looking for work with costly mandates is unconscionable.

Innovation in education is also a critical component of a NYC comeback. Families with students in the district should be allowed to take their education dollars and use it for the school of their choice. NYC’s school reopening plan, which includes having students in class part-time, is not a viable option for many parents who don’t have the resources to watch or educate their children at home during the school year. Expanding school choice allows parents to find the school that’s best for their child while giving them the flexibility they need to work outside of the home if tele-commuting or hiring a childcare provider isn’t an option.

This next solution seems obvious but may be the most controversial. Officials must allow NYC to fully reopen. I understand concerns about a potential second wave hitting the city, but the unintended consequences of a prolonged economic shutdown could be worse. The decision about attending a Broadway play or eating inside a restaurant—and the risk involved—should be shifted to each individual, not decided by the government.

Risk tolerance varies by person, and so I imagine some people will visit NYC again if they’re confident it won’t be closed for business by the time they arrive. Others may stay away until a vaccine is available. That’s how the freedom of choice works. And it’s preferable to the one-size-fits-all paternalism imposed on us over the last several months.

Top down dictates from government squash innovation. They hinder entrepreneurs from meeting consumer needs. And they prevent people from adapting to their environment. If NYC is going to make a comeback, people need to be free to take risks again.

It’s time for the city that never sleeps to awake from its temporary slumber.

What Is CBD? Here’s Everything You Need to Know