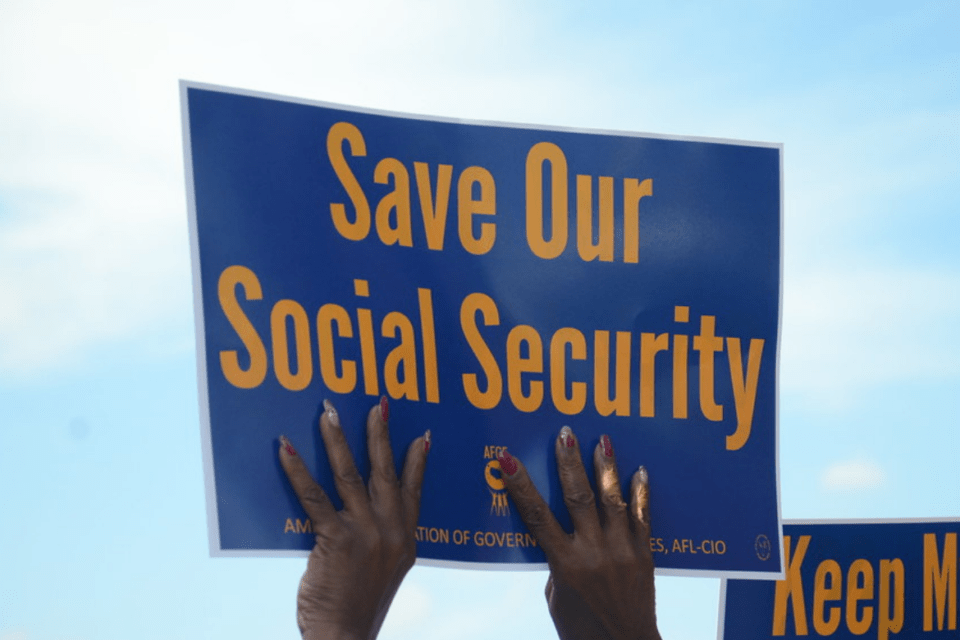 The most recent Social Security trustee report was released this week. The major news from the report isn’t really new, and the relevancy is more that predictions of the future have remained relatively constant.

In short, Social Security’s retirement portion is set to become insolvent in 2035, which is only one year off from the predictions of the last report (the reports over time have fluctuated between the early to late 2030s). Essentially, if nothing is done, retirees will see an automatic 20% cut in benefits around the time those who are about fifty now retire. The so-called “trust fund” has basically been depleted, having been spent by Congress through the general fund on things like war and replaced with treasury IOUs. It’s real in the fact that it functions as an obligation to pay, but it does not exist as a store of value.

Despite this, American politicians have the luxury of pretending there is no crisis and the incentive to do nothing.

They run for two, four, or six-year terms. Not sixteen.

The math informs them that the cost of doing nothing today may be extraordinarily high for the nation… but the pain won’t come until they’re already out of office.

By contrast, the personal cost of doing absolutely anything substantial enough to matter, is vilification. Voters are more motivated by emotional manipulations than data, so democracy can’t be counted on to save the republic. Politicians who dare to Paul Revere the impending implosion or suggest realistic steps to soften the blow are rewarded with ads depicting them dumping grandma out a wheelchair and off a cliff.

You’ll never hear of any entitlement catastrophe from Donald Trump, who has promised not to touch Social Security and has no affinity whatsoever for basic math. You definitely won’t hear a peep from any Democrat who has a chance at the nomination (Mike Gravel and Jay Inslee notwithstanding, they aren’t quite leading the polls or really sounding any alarm bells as a major theme of their campaigns). Even Libertarian candidates for the highest office tend to shy away from talk about any substantial entitlement reform… those ain’t the applause lines.

The impact of inaction is in the future, and as Keynes famously quipped in order to justify short-sighted concerns, “in the long run, we’re all dead”. With some issues, it’s conceit to predict the future… but with SS, the assumptions have remained pretty steady, only changing a year or two overall. When it’s this clear, what’s needed is a rebirth of the very American (Iroquois) concept of seventh generation sustainability.

A common saying was “In every deliberation, we must consider the impact on the seventh generation… even if it requires having skin as thick as the bark of a pine.” In their Constitution, it is said “Look and listen for the welfare of the whole people and have always in view not only the present but also the coming generations, even those whose faces are yet beneath the surface of the ground — the unborn of the future Nation.” Essentially, decisions made by leaders should be made while taking into account how such decisions will affect future generations, not just the desires of the moment.

Entitlements are owed to the people who have paid into these programs who had every reason to expect some return on their investment. Life decisions involving retirement planning have been made with the expectation that Social Security would be there. This is especially true of our elderly that are in or approaching retirement.

However, entitlement reform is owed to future generations, to ensure that our children aren’t forced into the same Ponzi scheme we were. Inter-generational theft is particularly repugnant, morally. To shift the burden onto the backs of those who have had no say and who won’t benefit, in order to enjoy programs in our own lives is selfish and short sighted. Morality may be subjective, but it seems pretty obvious that when it comes to the long game, the Iroquois were more moral than Keynes (as judged by relatively universal moral conceptions like the golden rule or respect for elders). There are things we owe ourselves, but among what we owe ourselves is what we owe to the future if we have concern for our offspring or our legacy. The future doesn’t justly owe us a damn thing.

We may disagree with what will ultimately save or replace a program like Social Security, especially when you factor in rising lifespans. Whether the focus is on lockboxing the trust fund to keep it out of the hands of a proven fiscally irresponsible entity like Congress, a gradual increase in the retirement age (keeping in mind that when Social Security first came into play it was higher than life expectancy), the formation of personal accounts that are protected from government mismanagement, means testing, or any number of other proposals… the most irresponsible position is to not have one.

To shut one’s eyes to the magnitude of the shortfall and pretend that those concerned with how this affects the future are just alarmists is delusional. It may be the easiest thing for politicians, reliant on image considerations of the moment and caving to emotional concerns of populist sentiment, to go on pretending with the uninformed. This is why there’s a difference between politicians and statesmen. No true statesman will have zero plan to address this or just think raising the cap or taxes is all that’s necessary.

Think of the children.