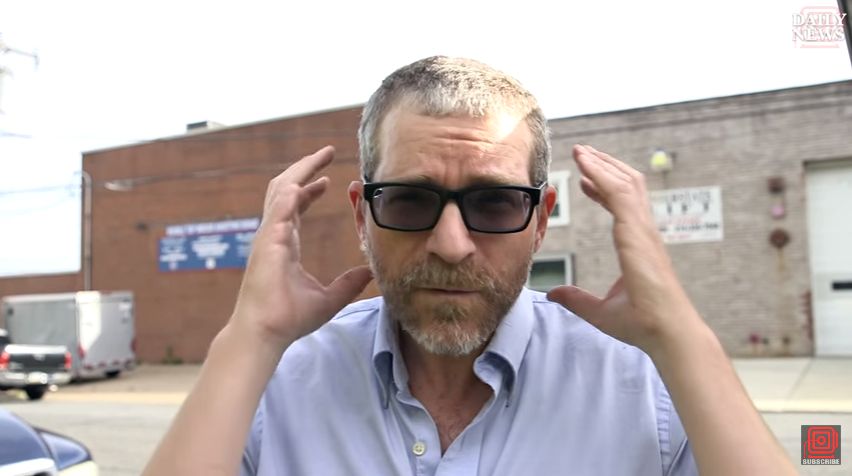 We have been blessed with a new butt for our jokes, one Gersh Kuntzman, who in the aftermath of the tragic mass-shooting in Orlando, decided he would try shooting an AR-15 for the first time and document his experience. It didn’t work out like he had planned.

Rarely is hyperbole overstated and irony delivered unintentionally, but when such singular moments arise, they should be treated as a blessing from above — a golden opportunity for all who appreciate a hardy horse laugh at the expense of some ass who has stumbled into the public eye in all their naked glory. And usually, the butt of such jokes is someone who has lost all sense of proportion because of their zeal for some political cause.

For example, in my high school days, some mothers from MADD (Mothers Against Drunk Driving) had the bright idea of passing out koozies imprinted with the slogan “No beer in here” to all my classmates as a way for us to proudly proclaim we would refrain from drinking at house parties. For all the nobility of their cause, the irony of placing a beer in one of those koozies was lost on the mad mothers, but it was utterly apparent to us rowdy high-schoolers. Sadly, their efforts were counterproductive to their cause.

For a more universal example, think of George W. Bush standing on the USS Abraham Lincoln under the now infamous “Mission Accomplished” banner. Except for Bush’s most loyal supporters, the cruel irony of declaring mission accomplished in the midst of war was not lost on most of the nation — though the laughter and mockery would soon turn to a cynical sneer after Bush and friends failed to find the weapons of mass destruction offered as the pretext for the war. They may have found old stockpiles of lethal gasses, but the hot air the George W. Bush administration spewed getting us into that war had nothing to do with Saddam’s defunct weapons and more to do with the specter of nuclear weapons and an updated chemical weapons program. And just like the MADD mothers, Bush’s victory speech was counterproductive to his cause.

These two examples aside, we have recently been blessed with a new butt for our jokes, one Gersh Kuntzman, who in the aftermath of the tragic mass-shooting in Orlando, decided he would try shooting an AR-15 for the first time and document his experience for readers of his rag, The New York Daily News. However, things didn’t go exactly to plan. And again, Kuntzman’s words may very well end up being counter-productive to his cause

You see, when Kuntzman’s piece “What is it like to fire an AR-15? It’s horrifying, menacing and very very loud,” was released, the fallout was immense, Chernobyl disaster levels of fallout. Dogs bayed at the moon. Cats hissed from the fence posts. Mockingbirds squawked from their branches. Men with PTSD from Vietnam, who had not laughed in years, keeled over in fits of guffaws. Gun-toting gals wiped away tears spilled in worry for the future of the male sex.

Kuntzman’s intention was to give a passionate personal account in order to reveal the “humbling” firepower of what he calls an “assault rifle,” but upon first read, his effort smacks one more as a satire of gun control zealots than a lament to them about the dangers of a powerful weapon. Kuntzman manages to be both pompous and trivial. He maintains the pretense of an adult with the delicate innocence of a child. He comes across knowledgeable from his experience only to the extent that it reveals his ignorance.

How can one take Kuntzman seriously when he begins an essay about a specific weapon, the AR-15, by saying, “It felt to me like a bazooka — and sounded like a cannon”? Yes, Mr. Kuntzman, and when I engage in a little old-fashioned, late night “self-abuse,” it feels to me as though I am endowed like Dirk Diggler, but we all know the hard truth comes up far short of this fairy tale.

Kuntzman, the butt of our joke, continues his buffoonery by lamenting what the butt of the gun did to his body and spirit:

The recoil bruised my shoulder, which can happen if you don’t know what you’re doing. The brass shell casings disoriented me as they flew past my face. The smell of sulfur and destruction made me sick. The explosions — loud like a bomb — gave me a temporary form of PTSD. For at least an hour after firing the gun just a few times, I was anxious and irritable.

Upon reading this my first thought was this guy can’t be serious. I am no gun guy myself, but I am not scared of guns. I have had the pleasure of shooting a few rounds at the range, including an AR-15, and I thought it was nothing but good fun. Yes, guns have a destructive capacity that should be respected, but Mr. Kuntzman’s fear of firearms only serves to make him and his ilk less safe. 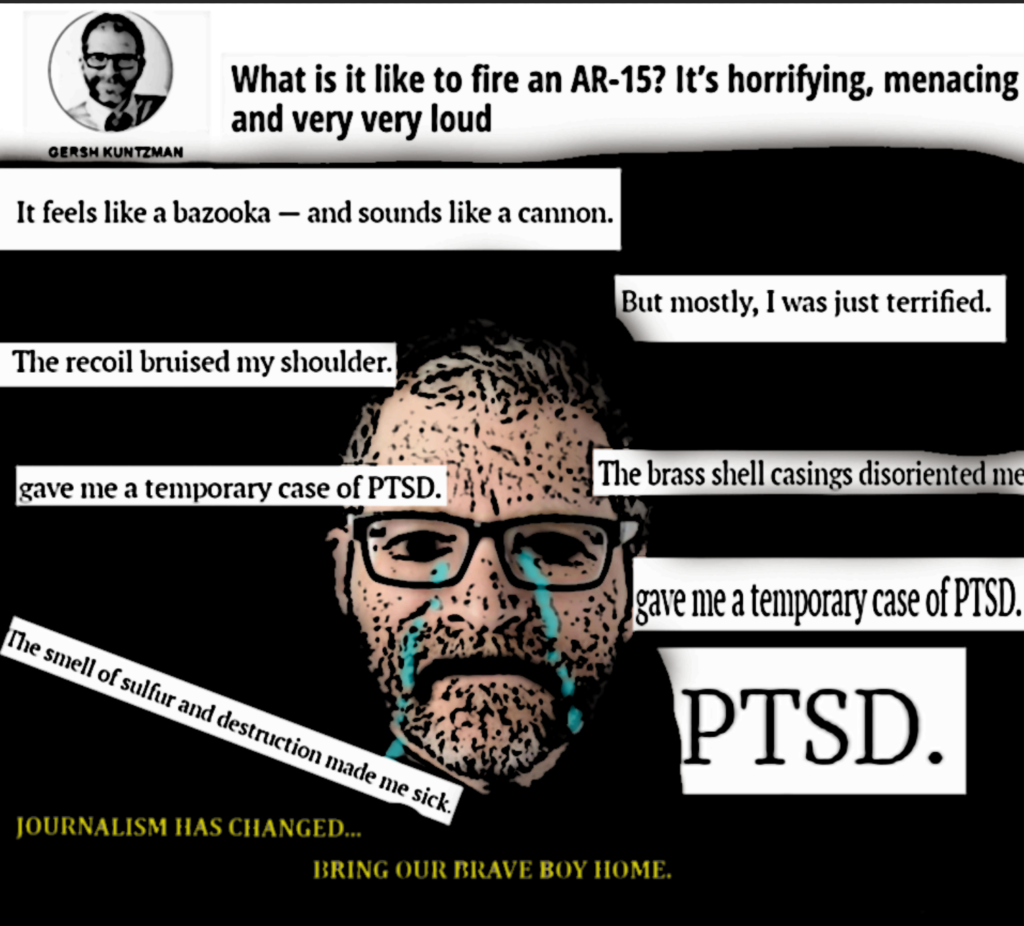 I also thought, given Kuntzman’s aversion to loud noises and things that stink after a bit of a bang and boom, that this guy must have the most boring sex in the world. I could be wrong about this, but I’m not really all that interested in investigating the matter any further. That said, I was not alone in my reaction to Mr. Kuntzman.

As he recounts in his follow-up piece, “To gun lovers, you can’t even have an opinion on assault rifles — unless it’s theirs. Here’s the proof,” Kuntzman received a great deal of negative feedback full of mockery and shots at his manhood to which he took offense:

The gun debate is also a gender war…

…I certainly received many many emails from gun owners who legitimately quibbled with some of my conclusions. But the majority of email senders trained their laser sights on my masculinity — often in graphic terms that would sound more appropriate in a magazine about erectile dysfunction or an ad for Depends.

“Hey there Cupcake!” wrote Gary Haney. “I have never subscribed to the idea of ‘gender confusion,’ but after reading your article on the AR-15, I’m a believer because there is no way you and I are the same gender. You should surrender your testicles to the Department of Girlymen. I’m not sure where it’s located, but your girlfriend Barack does!”

Others sent me videos of 7-, 10- and 12-year old girls firing the same weapon I fired — except these kids were smiling. And I wear it as a point of personal pride that conservative darling Erick Erickson posted a story on The Resurgent with the headline, “My 10 Year Old Daughter Is Tougher Than Gersh Kuntzman, Author of the Stupidest Thing on the Internet Today.”

“You f–king pussy,” wrote Sam Markota. “If you have a man card turn it in immediately. You might be better served writing about feminine hygiene products!!!”

“Your father must have left you to be raised by your mother or he was a sissy like you,” added SargentMike77.

Now, I am not one to call Kuntzman a “pussy,” or place special extra emphasis on the first syllable of his last name, but I am also not surprised to see such things being thrown his way in a hilarious manner. However, I still will not join the fray and call Mr. Kuntzman a “girly man” or “pussy” for a simple reason — I know many women and “pussy” cats much more resilient than this poor schmuck. Let us not ruin the good name of women by associating them with Kuntzman’s withering and shriveling in the face of a powerful weapon.

Just look how well this 11-year-old girls handles an AR-15:

Kuntzman is certainly no “man’s man,” but he certainly hasn’t earned the mantle of femininity either. No, he expresses a weakness that knows no gender or courage. And I say this having to admit that I almost gave Kuntzman credit for publishing the mockery he received, but then he ruins his worthiness by letting his hysteria get the best of him. Doing his best to channel George W. Bush, Kuntzman writes in his follow-up:

An AR-15 is a weapon of mass destruction…

…what if a weapons manufacturer could fashion a handgun that would fire a nuclear blast — an atomic version of an AR-15, if you will. It would look like a gun, but it could kill thousands instead of dozens. Like a rifle, it’s one of many arms that we are allowed to keep and bear. But would we really stand idly by as people buy a nuclear gun in the name of the Second Amendment?

Yes, I’m a wimp. I simpered because my experience with the AR-15 bruised me, body and spirit. But there’s nothing unmanly about reminding my readers that mass murder is much easier to commit with a semi-automatic killing machine than it is with a hammer.

Well, Mr. Kuntzman, I agree. There is nothing “unmanly” or “manly” about stating the obvious — of course, an AR-15 is more destructive than a hammer — but there is also nothing “unmanly” or “manly” about overstating the absurd. Of course, an AR-15 is not a “weapon of mass destruction,” my dear boy.  It is undoubtedly a deadly weapon, but it is simply a rifle.

Not a bazooka. Not a cannon. Not a chemical weapon. Not a nuke. A rifle.

So, mission accomplished, Mr. Kuntzman! You have now put yourself in the running for boob of the year. Hopefully, after your bruised body and spirit have healed, you will see the service you have provided the vast majority of the population. In your honor, I plan on selling holsters branded with “No Gun In Here.”

Again, rarely is hyperbole so overstated and irony delivered so unintentionally. Thank you for the comedy, sir. We certainly needed the Schadenfreude in the midst of this tragic shooting and this absurd election season even if that wasn’t your intention and at your expense. 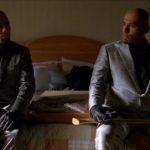 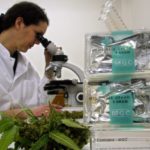