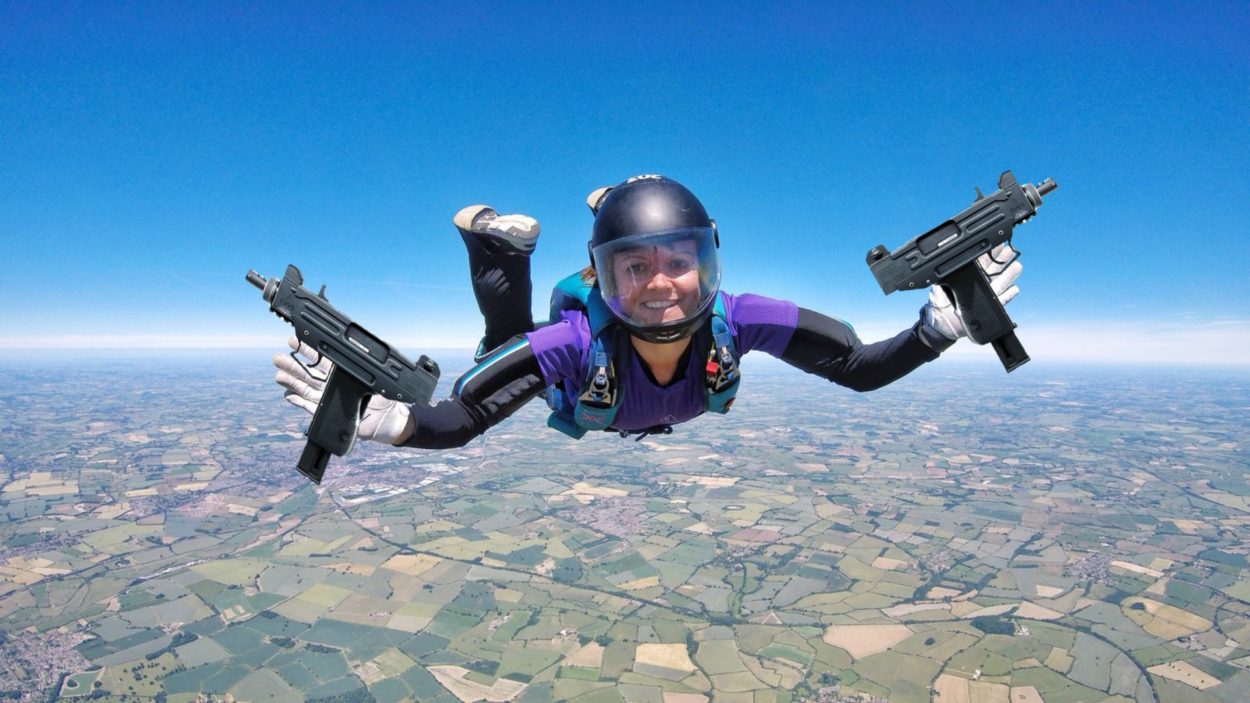 San Francisco — A Bay area skydiving business has become the latest to ask their customers not to openly carry firearms. Barnhardt’s Skydiving Tours is following the lead of grocery chains such as Walmart, Krogers, and Safeway/Albertsons.

“If you want to be a paratrooper, join the Army. You’re not jumping into a war zone. This is California.”

The press conference was held with the local chapter of Moms Demand Action, whose founder Shannon Watts stood beside Barnhardt in front of reporters.

“We don’t allow people to carry guns on commercial airplanes. Ray’s decision is a long time coming and should be applauded.”

Ray Barnhardt states that his decision is based on safety.

“Our employees deserve the same safe work environment that other industries are choosing to move towards. A customer openly carrying a firearm while skydiving poses an extreme risk to our instructors during a tandem jump.”

A reporter asked Barnhardt if he’s aware of any instances of a skydiving customer ever openly carrying a firearm, if at all during a jump.

“Look, it’s all about being proactive about safety,” Barnhardt said. “We’re simply removing a problem so we can finally focus properly on maintaining our fleet of planes and more frequently inspecting our parachutes.”

Barnhardt closed by stating that he now considers his skydiving business to be an industry leader in safety.

For a New Liberty [Book Review] ~ Sundays With Steffi