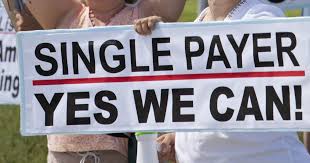 Senators voted against an amendment to the Senate Obamacare repeal bill that would institute a single-payer system Thursday afternoon, a move meant to coax Democrats into exposing a policy rift within their own party.

Republican Sen. Steve Daines of Montana, an avid opponent of the single-payer system, sponsored the amendment. Fifty-seven senators voted against the measure, with the remainder of senators voting present.

Sen. Bernie Sanders of Vermont was one of the senators that voted present, which is interesting given his fervent support of a single-payer health care system. The senator campaigned for the presidency in 2016 with a health care platform that pushed for a single-payer system.

Sanders called Daines’ move simply a “political game” which he refused to play.

The Militant Left’s Attack on the Roman Catholic Church