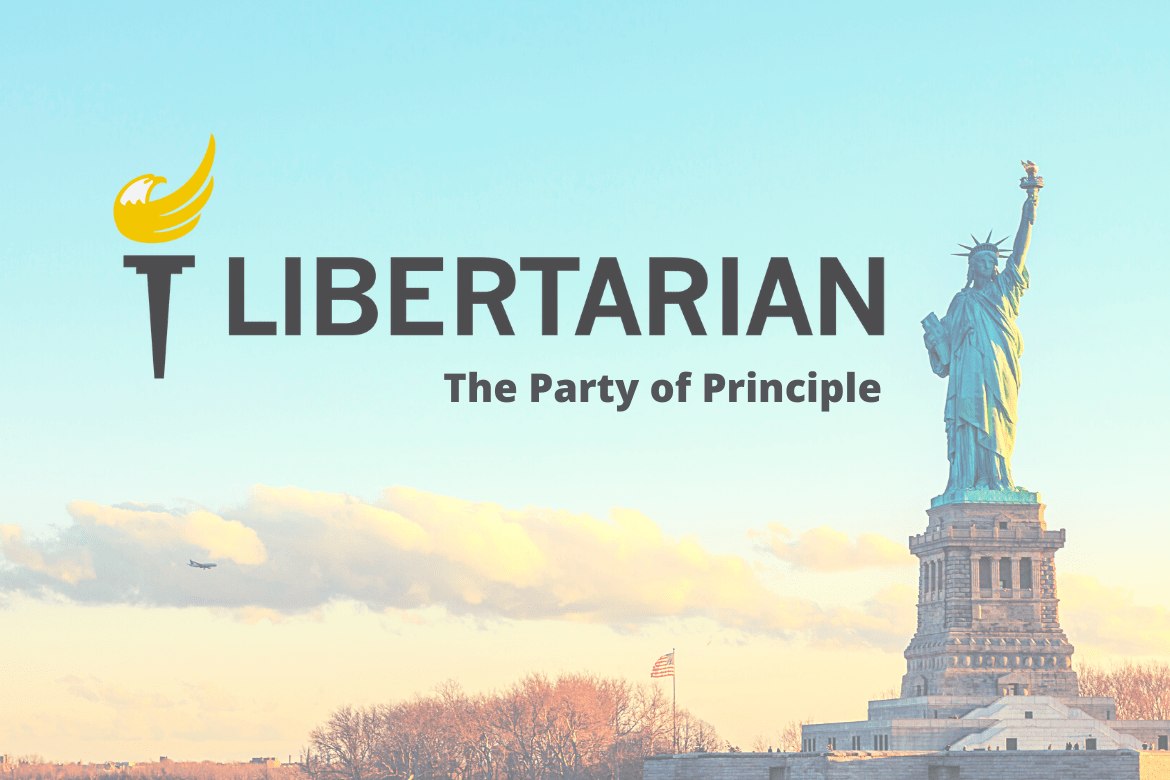 After the 2020 election, there were several articles on the future of the Libertarian Party (LP) fighting to be heard in a controlled political duopoly system of Democrats and Republicans. In “Guerrilla Politics,” the author argues that the LP should admit it cannot win significant elections, that ballot access is a “vanity project,” and the party needs to focus on a few states and high-level races so it can be a “spoiler” to incumbents and, at times, support incumbents if they agree with a few LP principles. Another article on  LP.org discussed how the duopoly uses constant litigation to drain the resources of the LP.

While both articles provide interesting perspectives, both avoid the central question—does the LP want a future as a major political party?

While the duopoly controls politics, there are bright spots for the LP

This question is asked against the stark reality that the duopoly controls 99.92% of all elected offices in the U.S., spent almost $3 billion dollars vs $2.9 million by the LP candidate in the 2020 presidential race, and obtained over 98% of the national vote. Even more humiliating for the LP is that out of 328 million citizens, the duopoly elected “sleepy” Joe Biden, a gaffe-prone plagiarist who has difficulty with sentence structure and avoids answering questions on issues.

There are several bright spots for the Libertarian Party. It is the only minor party on the ballot of all 50 states, an impressive achievement. Moreover, a recent Gallup poll finds 62 % of Americans stated a third party was needed, the highest level ever.

What is the goal of the LP?

The difficulty in commenting on the future of the LP is, while its slogan is “The Party of Principle,” there is no discussion of how these principles translate into practical policies that improve life in the United States. A statement of principles is merely a statement of surface-level belief. Fighting to transform principles into reality is costly. It involves a tremendous amount of hard work, action, communications with people outside of the party circle, coalition building, education, recruitment, and an openness to others who might support many of the LP principles, but not all. In short, the LP must recognize political success is achieved by addition, not by principles.

In his book on minor political parties, Professor Devine writes that for America’s third-largest political party, “there is growing disconnect between the party’s radical platform and the more mainstream, ‘fiscally conservative and socially liberal’ policy preferences of its rank-and-file supporters.”

To be successful, the Libertarian Party must decide if it wants to be a political party that leads the nation or be a social club discussing political issues. With freedom under attack and censorship viewed as “truth-telling,” it is the perfect time for the LP to decide its fate. If the party decides it wants to win elections, it needs to continue its very effective ballot access litigation and its minimal efforts at candidate recruitment and education. But it must go well beyond the minimum.

A few modest suggestions for the LP

The Libertarian Party is at a fork in the road. Its current path leads to irrelevancy under duopoly domination.  Taking the less traveled path has the chance to break the duopoly and start implementing libertarian principles. Shock the political system! It deserves it!

The World of Brand Identity Design With Ramotion