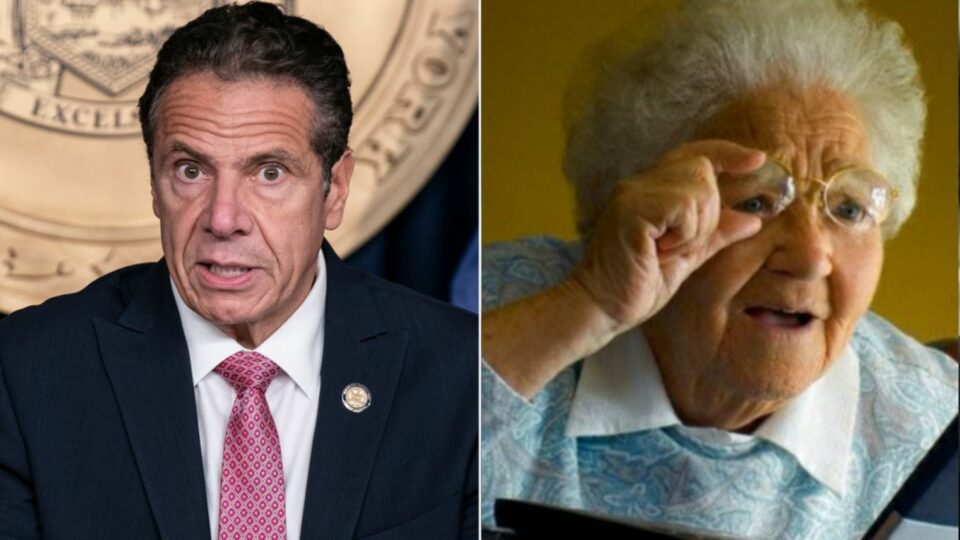 A sixth woman has now come forward to accuse New York Governor Andrew Cuomo of sexual harassment. But these are not the only accusations Cuomo is facing.

A lesser known detail is that 15,000 elderly are dead in New York after COVID-19 patients were forced into nursing homes.

Grandma Abigail Silberberg spoke with Williamson via a spiritual session.

Silberberg told Williamson that she had a room all to herself in the nursing home where she used to watch games shows and Matlock reruns.

“Then one day they set up 2 beds in my room with people who could not stop coofing.”

She continued, “The next thing I knew, I had trouble breathing. Medics came with an ambulance and took me to the hospital, put me in a wheelchair, pushed me in a lap around the emergency room, then put me back in the ambulance and brought me right back to the nursing home, where I died.”

Williamson asked Silberberg who was to blame for her death and why it was Donald Trump.

Silberberg responded, “I hold Cuomo responsible for this, where he and Mayor de Blasio kept blaming Jews like me. Maybe Cuomo should take responsibility for killing me and 15,000 others. This shouldn’t surprise anyone that he did this. After all, his people killed Jesus.”

Williamson attempted to ask one final loaded question, but Silberberg demanded those awful candles be blown out which ended the session.

Comparing the US and UK Education Systems: Things to Know