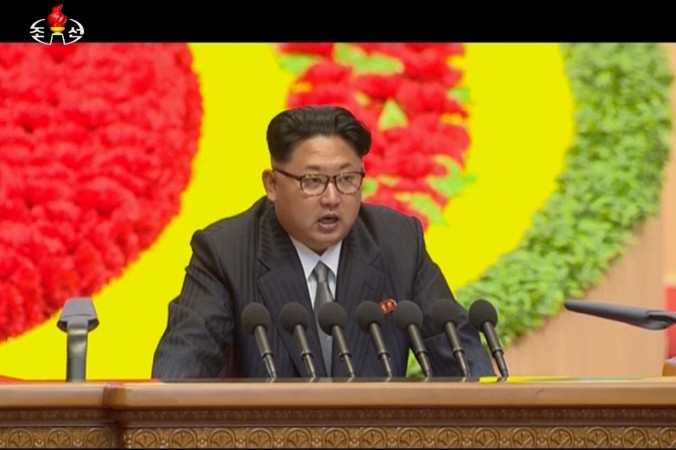 Brandishing nuclear bombs and ballistic missiles, North Korea has topped news headlines for the last decade as it has menaced its more prosperous neighbors. Even its closest ally and benefactor, China, has begun to entertain military options as a means of resolving the crisis.

Unlike socialist states that either collapsed or enacted limited reforms, North Korea, under the quasi-dynastic rule of the Kim regime, has changed remarkably little in its nearly 70 years in power.

While no longer officially following Marxist ideology, Pyongyang has retained a style of totalitarian leadership that resembles past communist regimes at their most inhumane.

Communism by another name

In the 1940s, the Soviet Union sent specialists to help Kim Il Sung consolidate power and establish a communist regime. They also trained and sent thousands of agents to destabilize the U.S.-friendly South Korean government.

Like other communist dictators, Kim used the formula of persecuting intellectuals, landowners, and anyone suspected of opposing the regime. In North Korea, this was called the Concentrated Guidance Campaign. Millions of North Koreans fled to the south, and the state labeled the remaining family members of individuals who fled to South Korea as “counter-revolutionaries.”

In the 1980s, an ideology called “juche” was fleshed out as a “creative application of Marxism-Leninism” under the name of dictator Kim Il Sung. When the Soviet Union collapsed, juche became the primary ideology.

By the 2000s, North Korea had removed all references to communism and Karl Marx from its constitution. In place of Marxism, juche prescribes a program of extreme nationalism, self-reliance in defence, a state-run command economy meant to be autonomous, and a cult of personality that justifies the dictatorship of the Kims.

Juche is a Chinese-derived term that is usually translated as “self-reliance.” In practice, self-reliance has translated into economic backwardness and isolation—North Korea is often referred to as the “Hermit Kingdom.”

In reality, there is little about juche that differentiates it from virtually any other brand of communism, except its use as a tool to further entrench the Kims’ rule and deepen the political cult. By 1994, when Kim Il Sung died, he had installed his son Kim Jong Il as “Dear Leader.” With the latter’s death in 2011, the Kim dynasty entered its third generation. North Korea is now run by Kim Il Sung’s grandson, 33-year-old Kim Jong Un.

Little scholarship can be conducted on North Korea, but the Kim regimes are believed to have murdered between 710,000 and 3.5 million people, according to researchers, while experts estimate that some 150,000 to 200,000 North Koreans are currently imprisoned in a system of labor camps similar to the Soviet gulag.

North Korea refugee and prison camp survivor Shin Dong-hyuk speaks during a rally outside the White House while demonstrationg for human rights in North Korea in Washington, D.C. on July 10, 2012.  (Chip Somodevilla/Getty Images)

Prisoners in the camps are subjected to forced labor, starvation, forced abortions, mass executions, torture, beatings, and more. Children born to parents in the camps remain there for the rest of their lives, as part of the the lowest caste in a system that ranks each North Korean citizen as a supporter or opponent of the regime.

Some 50,000 to 70,000 Christians are believed to be held in the camps. Their beliefs get in the way of the regime’s propaganda campaign, which has effectively proclaimed each of the Kims as a living god. Juche promotes bizarre forms of ethnic nationalism, describing the Kim family as saviors of the “Korean race.”

Hwang Jang-yeop, the scholar who created juche, was so disillusioned with the disastrous effects of his work that he defected to South Korea in 1997. His family suffered greatly, with his wife driven to suicide following his escape.

Marxism-Leninism to the end

Andrei Lankov, a Russian scholar who has authored several books on North Korea and writes for NK News, a Washington-based news site, has described the Kims’ rule as the last purely communist regime in existence.

“North Korea might be the only place on the face of the earth where these basic principles, once developed by Joseph Stalin around 1930, are still implemented consistently. Admittedly, the ‘universal truth of Marxism-Leninism’ has been replaced by the same truth of juche, and many elements of the system have been redesigned. Nonetheless, this is still the closest approximation to the once common model, a living fossil of a sort.”

Daily NK, a South Korean online newspaper writes: “The Kim dynasty is much more than just an authoritarian political regime. It holds itself to be the ultimate source of power, virtue, spiritual wisdom, and truth for its citizens.”

In “The Real North Korea: Life and Politics in the Failed Stalinist Utopia,” Lankov argues that the North Korean elite might have no choice but to continue its repressive policies in order to ensure the regime’s survival.

The weakening of communism in North Korea, Lankov writes, could see it reunified with the South in what he terms “collective political suicide” for the some 10,000 people who make up Pyongyang’s leadership.

“They are not merely afraid to lose power and access to material privileges,” Lankov wrote. “They are afraid of being slaughtered or sent to prisons, of suffering the same fate they have bestowed on their enemies for decades.”

Was Che Guevara a Hero or Murderer?