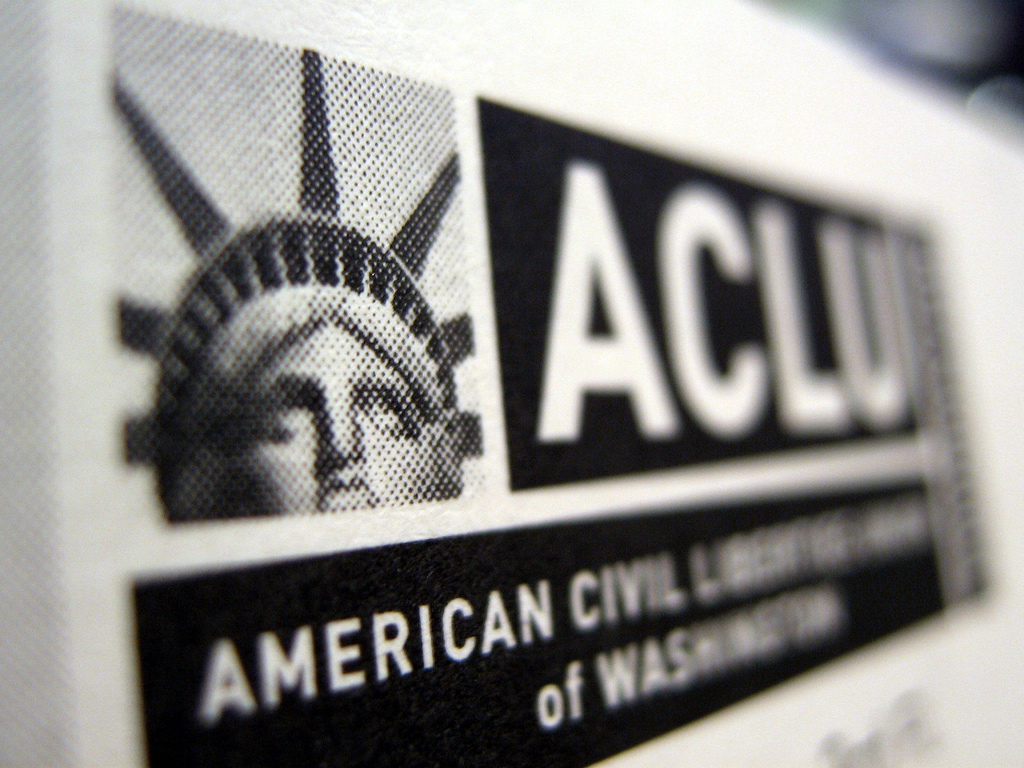 Several years and half an ideology ago, I gave the ACLU $35 dollars. In return I received their e-mails and a fancy title I can’t remember. ‘Champion of Justice’, ‘Freedom Knight’ or some other name that was fun to say but really meant nothing.

The last five e-mails I’ve received from them seem pretty lock-step with a ‘leftist’ agenda; ‘Protect The Affordable Care Act and Medicaid’, ‘No Muslim ban. Not now. Not ever’, ‘Support Immigrants’ Rights’, ‘Voting Rights in Jeopardy’, and ‘Reform Civil Asset Forfeiture’.

Wait. What about that last one? Turns out in Illinois, the ACLU is rallying support for House Bill 689 and Senate Bill 1578, which say you cannot initiate civil asset forfeiture proceedings unless there’s a criminal conviction.

Alright, I’m on board with that. I think most people prone to reading this website would agree that’s a step in the right direction, too.

Then I remembered they supported gun rights for the mentally ill. And remembered how they hit Portland’s Mayor Wheeler hard over his desire to prevent ‘alt-right’ rallies from happening; ultimately questioning his understanding of the law. And of course there’s the famous KKK in Skokie case.

Diving further into the 277 e-mails they sent me that I seldom read, a pattern appeared. Most everything they are advocating for is in the name of making sure people in America can live how they want without fear of government overreach, intrusive legislation, or bigotry.

So, yes, they want to protect immigrants, allow transgendered students to use whatever bathroom they want, provide healthcare for everyone, allow women to get abortions, eliminate stop & frisk, and prevent ‘religious freedom’ from being an excuse to discriminate against the LGBTQ community.

These are all well intentioned notions, and backed up with informative articles explaining the policies and why they believe they should be rescinded or enacted.

“Pulling out of the Paris Agreement would be a massive step back for racial justice, and an assault on communities of color across the U.S.”

I’m sorry what? The organization attempted to explain:

“Black and brown people are more likely to live near coal plants, and have higher asthma rates than white Americans do…That disparity is only going to worsen in coming years, and it’s why we must #ActOnClimate if we’re serious about racial justice,”

That’s…something of a stretch. What would prompt that? Then you start to follow the money. On paper, The ACLU is a non-profit organization that endeavors to ‘preserve the individual rights and liberties guaranteed to every person in this country by the Constitution and laws of the United States’. However, according to a very angry Bill O’Reilly in 2004:

Because the ACLU receives no federal funding (I think), and has a bad reputation in right wing and libertarian circles, they more-or-less need to serve their “Daddy.” In this case, “Daddy” is the (heavy sigh) ‘liberal elite’.

And despite that, they’re still sticking up for any number of causes libertarians can get behind; and yes, many they disagree with.

I think the fundamental difference is one of approach. Libertarians believe the path to equity and equality and liberty is by eliminating smothering legislation and regulations. The ACLU believes in legislating its way to liberty.

Libertarians would fight to eliminate marriage regulations. The ACLU would seek to add a provision for same sex couples.

Libertarians balk at the idea of needing a permit to use a public park. The ACLU will defend anyone’s right to get that permit.

It’s a very Eastern vs. Western philosophy a lot of the time. Addition by subtraction versus addition by…addition.

The ACLU is seeking to injunct, legislate and influence. Jackhammering their way through reams and reams of regulation to add more regulation in the name of safety and freedom.

The libertarian is a little more zen. They seek to strip away all the bulk, peeling away burdensome regulation to the point that someday the only regulations that exist would be ones that seek to protect us from more regulation that could harm us. Basically burn down everything we don’t need, and build it again if it turns out we do.

In this regard, I’m reminded of Malcolm X and Martin Luther King Jr. Both wanted the same thing, but had fundamentally different approaches toward making it happen, and what victory would look like. MLK worked within the system; meeting with LBJ, preaching non-violence and civil resistance. Malcolm X was far more critical and vicious; at one point saying violence is a tool in the fight against oppression, and saying JFK basically had it coming when he was shot and killed.

Now my question to you is this; which approach was more effective? Who did more? Generally speaking Malcolm X is viewed as the ‘cooler’ civil rights leader, but Martin Luther King is traditionally more often credited with pushing things forward, legislatively, for the black community. You could argue that MLK was more organized, too.

In this metaphor, we’re Malcolm X, and the ACLU is Martin Luther King.

MLK and Malcolm X would go their separate ways and come together on issues that matter. There’s a famous photo of them shaking hands. Two of the most influential people of their time, with such differing ideas, able to embrace for the camera.

I would hope libertarians and the liberty-minded are as open to an embrace with the ACLU in some regards. At the very least regarding free speech, which they’ve been on point about for years.

Likely to the chagrin of their benefactors, who probably hemmed and hawed and threatened them every time they stood up for gun rights, free ‘hate’ speech, and anti-surveillance state stuff, too.

If you ask me, we have a formidable and respectable frenemy in the ACLU. I do not support some of their methods, but I support their message. Perhaps if more people were a bit open minded regarding them, reached out, and explained our platform, perhaps their methods would align, too.

In the meantime, let me ask you this: How do you feel about mandated school for kids in Juvenile Detention?

The ACLU has thoughts and makes very good points. Let’s tell them what we think. And why.