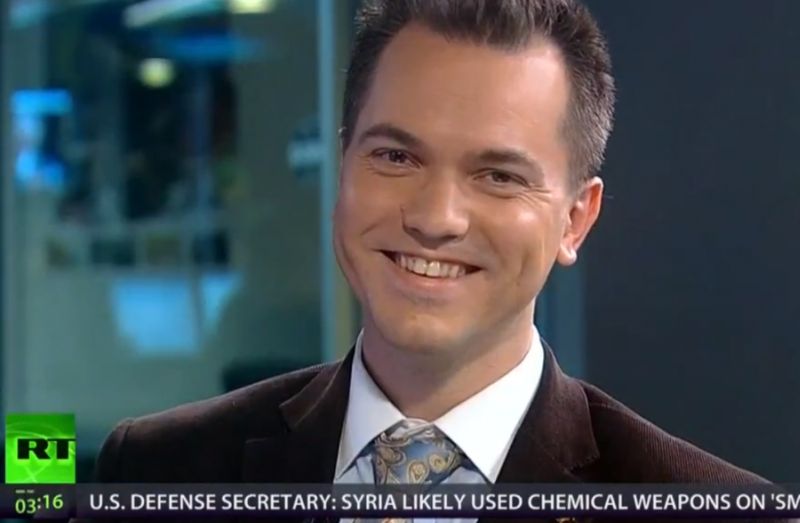 A nationally televised debate is causing some controversy among libertarians. Should libertarians take any opportunity for exposure or are some associations antithetical to libertarian values?

Russia Today America has announced it will be hosting live debates for the Libertarian and Green Parties, continuing a trend of giving third parties a platform outside of traditional media outlets.

On Monday, May 9th, Green Party candidates Jill Stein, Kent Mesplay, and Sedinam Kinamo Christin Moyowasifza Curry will debate. On Thursday, May 12th, the Libertarian Party candidates Darryl W. Perry, Austin Petersen, and Marc Allan Feldman will have their turn. The debates will air live on Russia Today America and on their YouTube channel from 4-6 pm, and will center around foreign policy, domestic issues, and electoral reform.

The question being raised by many in light of this news; should the Libertarian Party presidential candidates debate on Russia Today?

The main argument for participating in the debate is to reach a wider audience with the message of libertarianism. Russia Today was the second-most popular foreign news network after BBC News in 2012. Russia Today is more popular than every other single foreign news network in major U.S. cities. The network was the only major news outlet besides C-Span to host a third party debate in 2012, even hosting a debate  between Gary Johnson and Jill Stein before the general election.

Austin Petersen and Darryl Perry are excited for the opportunity to debate before an audience beyond social media.

“I’m excited our presidential candidates will get the chance on RT to show the world the Libertarian Party’s plans to take over the government, so we can leave everyone alone!” Petersen said in a statement to RT America.

One of the goals of my campaign has been to promote the ideas of liberty as boldly and as often as possible. I’d like to thank RT for putting together this debate which will give a platform for the ideas of liberty and self-ownership to be promoted to such a wide audience, and that will also show voters there are alternatives to the two major parties,” Perry said in a statement to RT America.

But some are not so happy. David Boaz of the Cato Institute blasted the decision of the Libertarian Party presidential candidates to participate in the RT America debate.

“WTF are candidates for PRESIDENT OF THE UNITED STATES doing debating on a Putin propaganda network? And answering questions from Putin employees? Maybe they’ll carry Moscow. But why would an American want to pick a president in such a debate? Maybe it’s no surprise that Green Party candidates would be OK with thus, but Libertarian candidates ought to have more sense. Let RT stick to Trump and Putin. Fortunately, it doesn’t look like Gary Johnson is joining this stunt.”

And the criticism is valid. RT exists to provide a pro-Russian, pro-Putin perspective on international affairs. It very much is a propaganda outlet for a tyrant whose opposition is routinely murdered. An article published in the Colombian Journalism Review states that Russia Today has a “bad reputation” and is in fact a “Kremlin propaganda outlet.” A former reporter for Russia Today even resigned because the network purposely spread “misinformation” over the MH17 airplane crisis in Ukraine. A Der Spiegel article highlights how Russia Today uses a “chaotic mixture of conspiracy theories and crude propaganda” to shape its narratives.

The question is, should the Libertarian Party go everywhere to spread their message, even if that message will be carried on a network that is a government entity that exists to justify Russian government actions? This is not to say that mainstream media doesn’t have their own agendas and spread misinformation. Outlets like CNN, ABC, and MSNBC are guilty of bad journalism and looking for the views instead of the substance.

However, it is true that Russia Today offers a different perspective which is not seen in the mainstream media. The questions we should be asking are why and how does it benefit Putin’s Russia — because if it didn’t, it wouldn’t be on RT.

Gary Johnson has declined to debate on RT, though probably not for the right reasons — Johnson has appeared on RT several times.

What do you think?

Leader Of Conservative Opposition In Venezuela Ends Up Dead