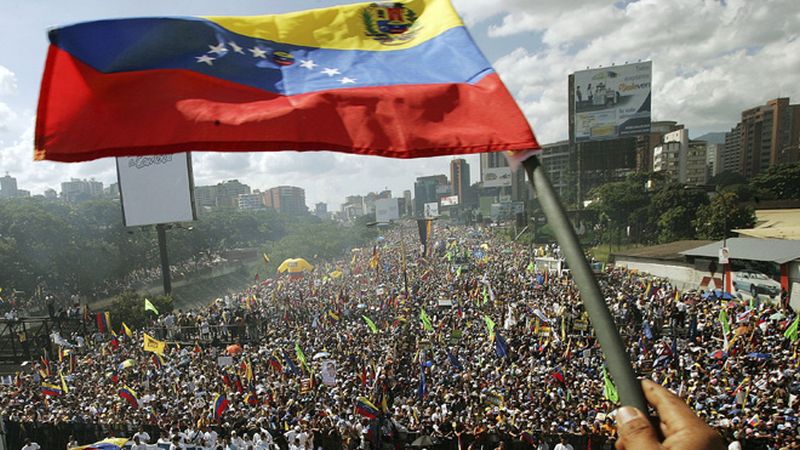 A leading figure of the conservative Venezuelan opposition was murdered in cold blood Friday and his murderer is still at large.

German Mavare who was a leader of the Un Nuevo Tiempo – A New Era – Party, was shot in the head Friday morning. The killing of Mavare comes as Venezuela is increasingly destabilized because of an ongoing political and economic crisis.

Leading figures of the conservative opposition submitted 1.85 million signatures Monday to the country’s federal election commission. If approved, the number of signatures collected is more than enough to justify a recall election against the ruling Socialist President Nicolas Maduro.

Politics have been at a standstill in the South American country ever since December 2015 elections which saw a conservative coalition take power of the National Assembly – the country’s Congress. The December election result is the first time that Conservatives and Socialists are splitting power since Hugo Chavez became president in 1999.

Mavare’s political party has “expressed its deepest condolences for the assassination of its companion, German Mavare. The UNT has demanded “justice and an end to violence,” according to a Friday tweet sent out by the organization in Spanish.

The motive behind the killing of Mavare is not yet known. Leaders of the conservative opposition coalition have been targeted in the past by the Socialist government of former bus driver Maduro.

In February 2014, Harvard-educated opposition leader Leopoldo Lopez was jailed for leading peaceful protests in the capital of Caracas.

With low oil prices, the OPEC member state has been going through a slow-burning economic collapse. The country is rationing electricity and there are daily blackouts for several hours nationwide.