For decades I’ve been pointing out if the LP Candidate isn’t included in the Presidential Debates, we stand little chance of a breakout.

There are three possible levels of breakout:
#1, an Abraham Lincoln style win.
#2, a 5%  or greater vote total, giving us access to matching funds (Save the debate whether to accept for another time).
#3. Finally, anything significantly above the 1% barrier we’ve been stuck at for a generation.

I’ll take any of the above as a huge win for the LP and Liberty.

There are many strategies and approaches to getting into the debates.
A lawsuit is not my favorite one, but I understand the logic and hope those behind it succeed.

Let’s say it happens. The lawsuit succeeds, or we qualify by hitting the mark in national polls. Either way, that would be a first in a lifetime opportunity and we must be prepared. Our standard bearer must represents our ideas well, not to mention have the proper skills.

When Richard Nixon debated JFK for the first time, it was at that precise moment in political history he lost the election.  He appeared shifty, sweaty and nervous. He was unprepared for the new medium, certainly. There were several ‘bad luck’ factors that played into things as well.

I’m not here to rehash history, but to learn from it.
Richard Nixon looked bad and it cost him and his party.
Let’s learn from that mistake and not repeat it.

Gary Johnson is wrong for this job. He comes across alternately as bored, tired, stoned or giggly. He blinks his eyes like he’s in a dust storm, shrugs his shoulders randomly and repeats himself. Gary appears to not have a stage coach and little or no background in this very important skill.

Compare this to Austin Petersen.

Austin went to School for this.  Literally. He has many years experience acting in plays, musicals and commercials as paid talent. He’s been a successful screenwriter and producer. Austin is confident, likeable and prepared. The camera loves him and so do the pyramids of women outside his stage door. Austin is just as good on the attack as he is on defense.

But where he really shines is extemporaneously.

Pretty much every Libertarian who’s been paying attention saw Gary flub the “What is a right?” question in an LP debate.  There, Gary ungraciously flounced off the stage after he blew it. By comparison, Austin is fantastic at thinking on his feet. He also has no problem saying “I don’t know” or “I’ll get back to you on that”.

What counts is Gary doesn’t have what it takes to win a national debate and Austin does.

If you agree how very important it is for the LP Candidate to be in the debates, you must agree we choose a Candidate who’s prepared, qualified and camera friendly.

That person is Austin Petersen. 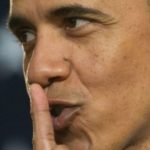 Top Obama Transparency Official Leaving After 9 Months On The Job 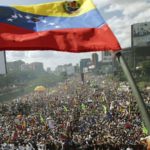 Leader Of Conservative Opposition In Venezuela Ends Up Dead