With the recent speculation about Hillary Clinton’s deteriorating health, some have suggested that her medical problems should be an immediate disqualification for holding office. But did you know that many of our presidents in the past struggled with poor health while in office? Here are the top five. 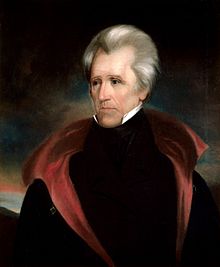 Andrew Jackson, affectionately known as Old Hickory, because he was astoundingly tough, despite very poor health, served two terms as President, from March 4, 1829 to March 4, 1837.  One of the causes of his ill health while in office was a bullet lodged in his arm, which in addition to causing him a lot of pain, was also contributing to his deteriorating health from lead poisoning.

Jackson had been in a couple of duels in his younger years, and since he was neither a quick shot nor a particularly good one, his overall policy was to take the first hit and then to use his immense stamina to weather the storm and emerge victorious. This was also his policy as a general. He was neither brilliant as a strategist nor particularly effective as a fighter, but his immense endurance helped him overcome all the odds.

In an 1806 duel, for instance, against Charles Dickinson, an expert marksman, Jackson was wounded and bleeding to the such an extent that his left boot filled with blood, but he then was able to shoot and kill his opponent. Dickinson’s bullet had shattered two of Jackson’s ribs and lodged close to his heart. The wound never healed properly, and Jackson lived in pain for the rest of his life. But this was not the bullet that he carried with him to the White House. In 1813, in a gunfight with Jesse Benton  in Nashville, Jackson again was shot. A slug shattered his left shoulder, and the ball came out into his left humerus.

Jackson bled so much that two mattresses were soaked with his blood. Amputation was recommended, but Jackson insisted he would keep his arm. He was bedridden for three weeks, but a month later the General was already commanding troops in the field. During the Battle of New Orleans, everyone could see that Andrew Jackson was in very poor health, but he kept going by sheer willpower. He also suffered from malaria and dysentery, contracted in the swamps of Florida in the 1820s. By the time Jackson was elected president, he was a very sick man. But his endurance and determination kept him going, despite a great deal of chronic pain and suffering.

By 1831, the bullet from the gunfight with Jesse Benton was starting to migrate from its original lodging place. President Jackson had to finally admit that he needed help, so he summoned Dr. Thomas Harris, the chief of the Navy’s Bureau of Medicine, to the White House. Jackson gritted his teeth, bared his arm and said “Go ahead.” Operating  without anesthesia, Dr. Harris removed the bullet from the president’s outstretched arm. Jackson’s overall health improved immensely after that operation, which means he was probably suffering from lead poisoning prior to its removal.

Jackson went on the live for eight long years after his two terms as President. He was never in good health during his public life, but the fact that he lived through it all is proof that he had an unusually tough constitution, and that his underlying health was better than average. Most people can’t survive being shot in two duels and walk around in perfect control of themselves and the presidency, while a bullet is lodged in their body. Andrew Jackson is proof that obstinacy, thick skin and great stamina can beat any health problem. Jackson’s ailments did not disqualify him from serving.

RELATED: Hillary Clinton’s Health Problems: Will She Be Replaced?

Is It Really Sexist to Question Hillary Clinton’s Health?