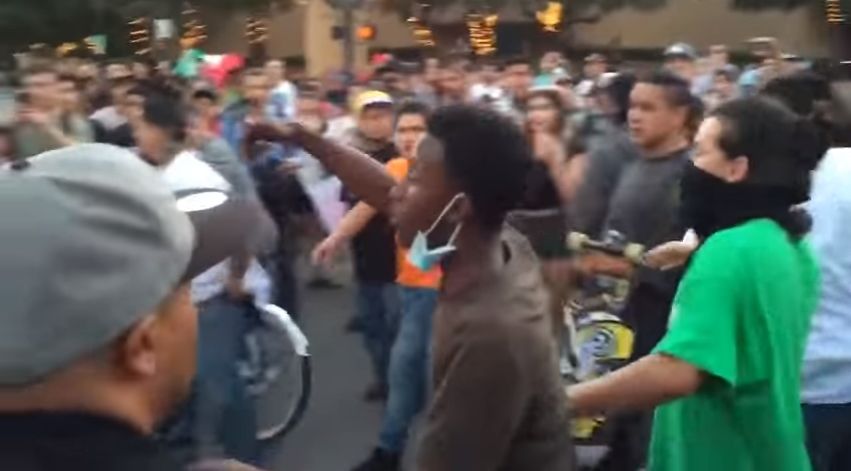 Bernie Sanders supporters are accusing the Democratic National Committee of rigging the primary to favor Hillary Clinton, and took to the streets of Washington, D.C. to protest the email leak and the “the worst possible choices for president.”

A group of 30 loyal Sanders supporters marched in Washington, D.C., Sunday, blasting the DNC over the revelations contained in the emails released by WikiLeaks Friday. Supporters argue the emails show a bias within the DNC for Clinton and feel the committee rigged the entire primary against Sanders from the start, reports WUSA9.

The march began shortly before DNC Chair Debbie Wasserman Schultz announced she will resign after the Democratic National Convention.

“To find out this from the DNC, its just like rubbing slat in it,” Katie Bernal, a Sanders supporter, told WUSA9. “I find it really difficult to give my vote to someone that I don’t feel won a legitimate primary.”

Many of the protesters said they do not feel the DNC ever gave Sanders the necessary support as a candidate in the primary. Protesters said  they will not quickly throw their support to Clinton, given the biased displayed by the DNC email leak. (RELATED: CNN Commentator: Wasserman Schultz ‘Destroyed’ Unity Of Dems’ Convention)

While Bernie Sanders is out of the running for president and has officially endorsed Clinton, supporters feel the DNC needs to do more to embrace Sanders’s campaign platforms.

“I’m undecided,” an unnamed Sanders supporter told WUSA9. “Part of me only wants to support her to keep Trump out. But another part of me is like, these are two of the worst possible choices for president.”