Bernie Sanders may be in trouble for illegal donations.

The Federal Election Commission may take “further legal action” after the Bernie Sanders campaign was caught accepting thousands of illegal donations, the Washington Free Beacon reports. The FEC sent a letter Thursday to the campaign pointing out over 3,000 donations that violated campaign finance law.

The violations included excessive donations and donations from foreigners.

“Although the Commission may take further legal action concerning the acceptance of [excessive or prohibited] contributions, your prompt action to refund the prohibited amount will be taken into consideration,” the FEC told Sanders’ campaign in the letter.

Sanders’ campaign must respond by the end of March or face “audit or enforcement action.”

Sanders campaign spokesman Michael Briggs told the Burlington Free Press that these kinds of inquiries are normal and to be expected since the campaign is receiving so many small donations.

“Inevitably there are questions that the FEC staff will have,” Briggs said.

Sanders is coming off a tough loss to rival Hillary Clinton in South Carolina. Clinton won in a landslide, taking more than 70 percent of the vote. 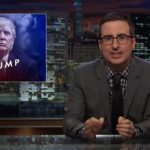