FBI director James Comey announced yesterday morning that the bureau would not recommend pursuing charges against Hillary Clinton, despite her mishandling of classified information.

The decision astounded Senator Rand Paul, who sent out a flurry of tweets in response:

The FBI then announced she would face no charges. This is an outrage and the rule of law has been turned upside down.

But what many may not remember is that Rand Paul opposed Comey’s nomination back in 2013. Paul was the sole “No” vote in a 93-1 decision confirming the FBI director.

At the time, Paul had been filibustering Comey’s nomination due to silence from the bureau on its surveillance drone policies.

In a letter directed to the FBI, the Kentucky Senator said “I am disturbed by the revelation that the FBI has unilaterally decided to begin using drone surveillance technology without a governance policy, and thus without the requisite assurances that the constitutional rights of Americans are being protected”

The FBI finally responded after weeks of delay, stating they believed they could operate a surveillance drone on American soil without a warrant. Paul, in accordance with his prior conditions, ended his filibuster. However, because of his principled disagreement with the FBI’s statement, he ultimately voted “No.”

Though Paul rejected Comey’s confirmation on a reason unrelated to Hillary’s e-mail scandal, the senator did demonstrate that there were still principled individuals in Washington. Unfortunately, as the final 93-1 vote demonstrated, those individuals were few and far between. Comey’s recommendation not to indict Hillary is merely another example of this sad but manifest truth. 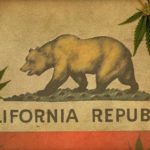 California Voters to Decide on Marijuana Legalization This November 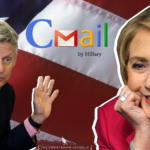