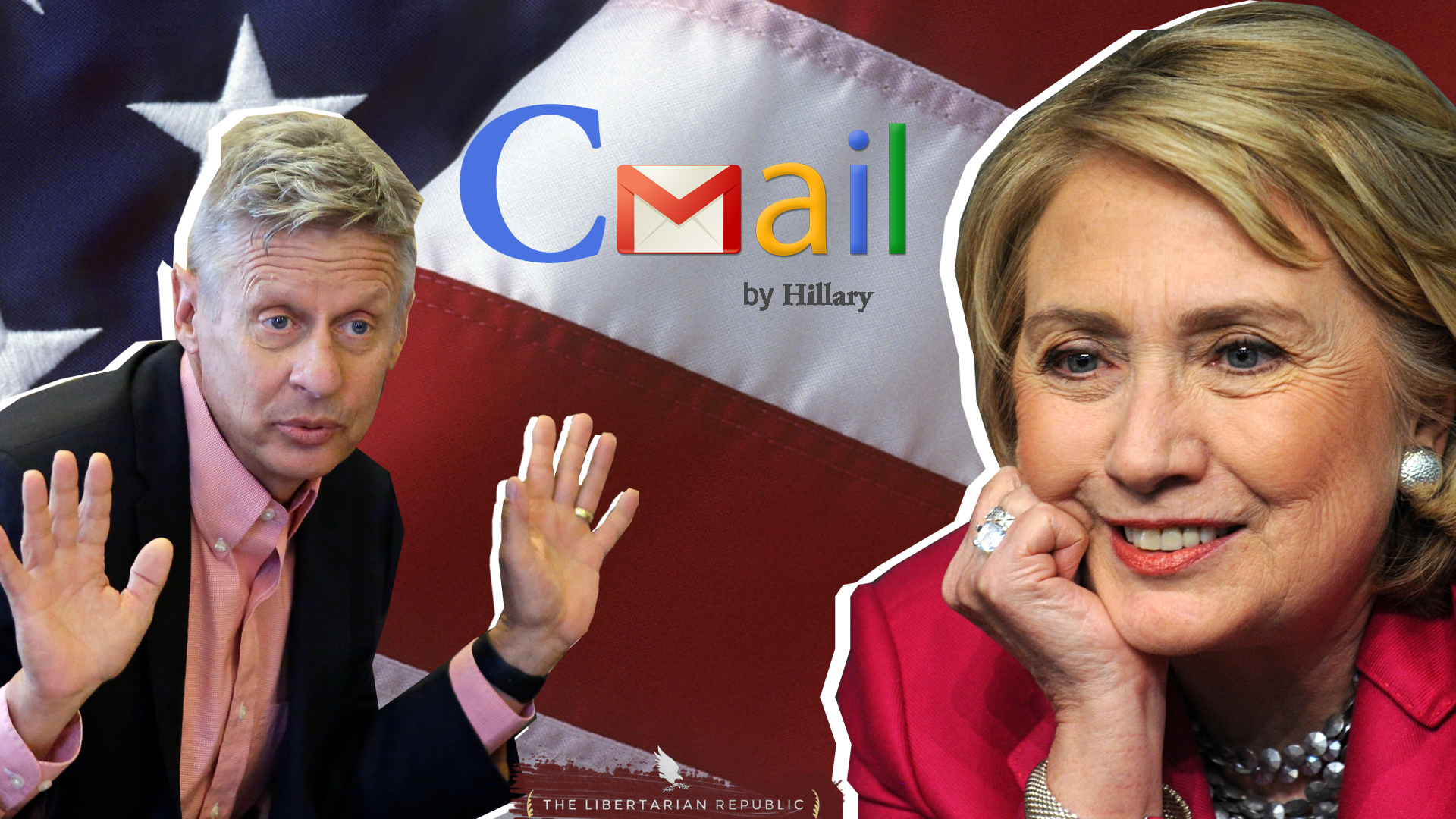 Yesterday’s announcement by FBI Director James Comey, outlining the many indiscretions involved in Hillary Clinton’s use of a private email server, seemed to be building toward a clear indictment. That turned out not to be the case, as Comey finished his press conference with the declaration that charges would not be recommended.  The outcry across the internet was instantaneous; with memes and hashtags declaring she was #abovethelaw. Many conservative and libertarian pundits added their voices to this outcry. But not Gary Johnson. As the former governor told CNN just a few days ago, he believes Hillary is innocent:

“I’m not a stone-thrower when it comes to Hillary Clinton and her emails and her server,” he said. “I don’t think there has been criminal intent on Hillary Clinton’s part. I don’t see an indictment.”

The former two-term governor of New Mexico doesn’t seem to have a negative thing to say about Hillary lately. During CNN’s Libertarian town hall, Johnson was asked to make a brief word association after several names were called out. When the announcer said, “Hillary Clinton,” Johnson replied, “a wonderful public servant.” Bill Weld, Johnson’s VP choice, said she was an “old friend” and that they had a “life-long bond.”  When Barack Obama’s name was mentioned, Johnson said, “a good guy,” and his running mate Bill Weld said, “statesman-like.” By contrast, Johnson has repeatedly called Trump “a racist,” despite repeated insistence that he isn’t going to participate in “name-calling,” and will “stick to the issues.”

Johnson has long been considered by many to be more of a leftist that leans libertarian. His choice of Bill Weld as a running mate only reinforced this perspective. Their very positive (an not infrequent) comments toward the very non-libertarian Democratic party nominee (and current government officials) contrasted with their willingness to bash the (also not-libertarian) Republican Trump, seem telling.

Remember This? Rand Paul Was the Only Senator to Oppose Comey’s Nomination in 2013