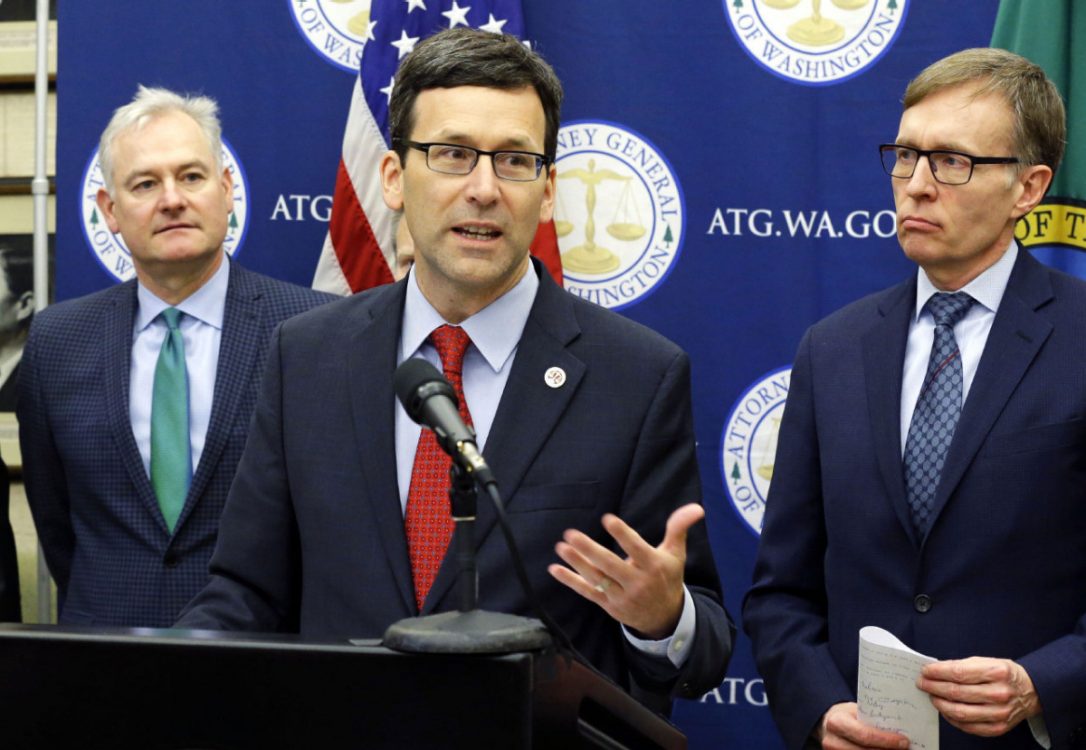 Bob Ferguson, the Attorney General for the State of Washington, has said he will sue the Trump Administration over an executive order that suspended immigration from seven countries with majority-Muslim populations and sparked nationwide protests, reports the LA Times.

President Donald Trump signed the executive order on Friday. The order suspended all immigration for citizens of the seven countries for 90 days.

The LA Times says that Ferguson was one of 16 state attorneys general who released a statement Sunday calling Trump’s immigration action “un-American and unlawful.”

Washington state, through Ferguson, are not the only entities showing their displeasure with the President’s order, as large protest have been spurned all over the country.

The Trump administration, and Trump himself have reportedly said that the move is aimed at protecting the nation against extremists looking to attack Americans and American interests.

Rand Paul: “Constitution Doesn’t Apply to People Not in U.S”