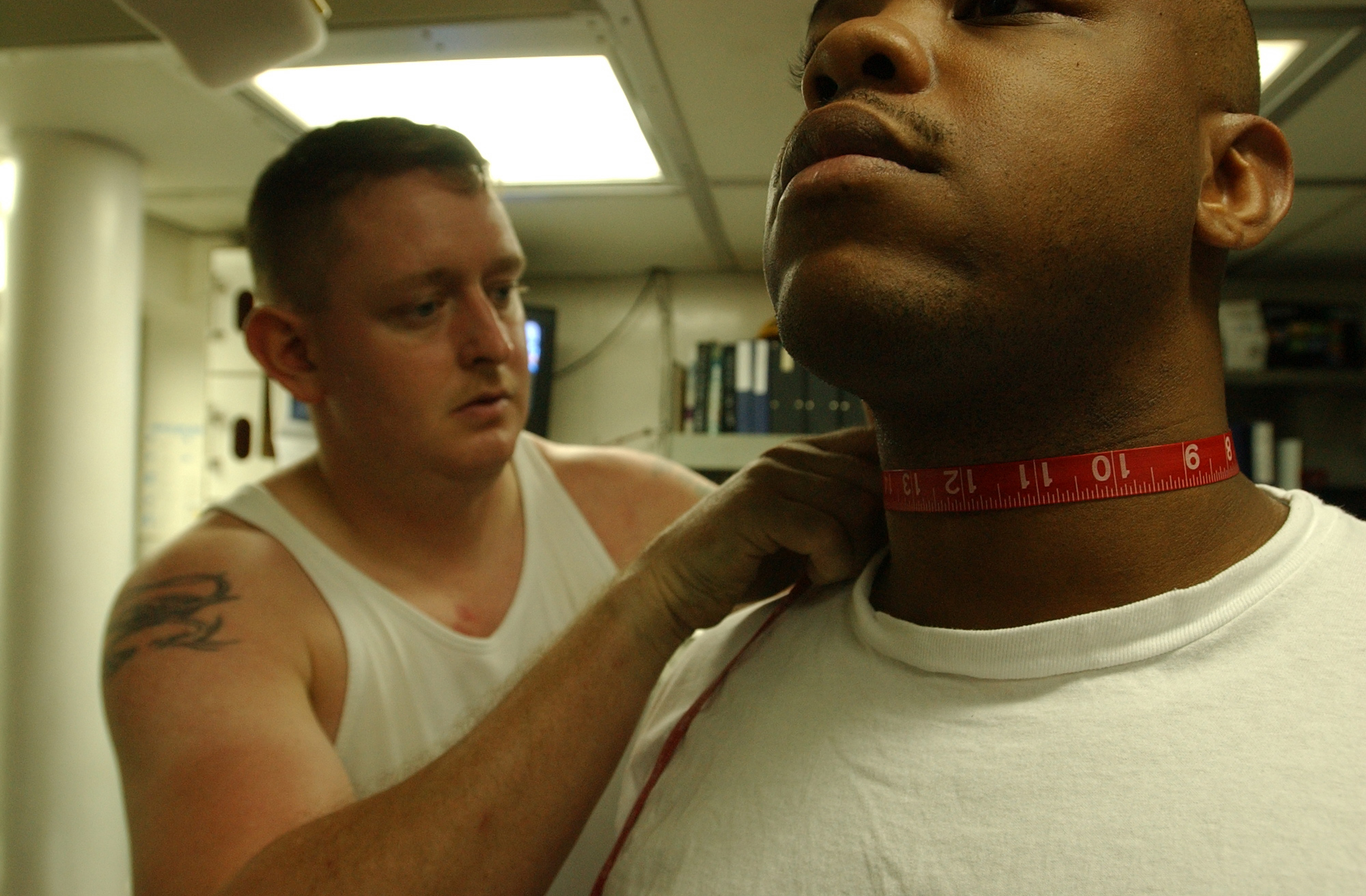 So many sailors are getting kicked out of the Navy for failing to pass fitness tests that the service has decided to expand allowable body fat rules to accommodate the obese.

The Navy officially changed body fat regulations in January and is now extending a hand to sailors who have flunked fitness tests three or more times, despite frequent use of diet pills and liposuction, The Associated Press reports.

These obese sailors, whom the Navy refers to as “talented,” will get one final chance to succeed. A total of 2,400 sailors will have their failure rate marked down to just one failure. New regulations allow as many as two failed attempts.

Additionally, prior Navy policy listed the peak body fat limit for men between the ages of 17-39 at 22 percent, whereas for women, the number was slated at 33 percent.

New regulations state that men now can have 26 percent body fat, and women can get away with 36 percent.

According to the American Council on Exercise, 32 percent body fat counts as obese for women. Men are allowed 25 percent plus before they similarly count as obese. Upward movement in the percentage of allowable body fat shows that the Navy is willing to allow obese sailors, both male and female, to remain in the service, based on ACE’s definition.

The state of physical fitness in America is shockingly poor and has put a tremendous amount of pressure on the military to change standards or be deprived of otherwise eligible recruits.

Still, Navy Secretary Ray Mabus has refused to refer to the shift as a downgrading in standards, instead preferring to call it an adjustment to reality.

“We were kicking more people out of the Navy for failing that, than for drugs,” Mabus said, according to The Associated Press. A total of 34,000 sailors, 10 percent of the force, have flunked physicals a minimum of once since 2011. In the vast majority of cases, the reason for failing the physical test was because of body fat.

Mabus broached the idea of increasing allowable body fat in a May 13, 2015 speech delivered at the U.S. Naval Academy in Annapolis, Md. He also, incidentally, unveiled a list of policies meant to make the Navy more attractive to women.

Other services in the military are having similar conversations about physical standards. The Army is considering lowering standards, so that it doesn’t lose its crucial cyber-warriors.

A Pentagon study in 2014 found that only a third of Americans would qualify for service in the military, as the rest didn’t meet basic criteria, such as the completion of a high school degree and decent health.

This One Photo Sums Up Hillary’s Entire Political Career

Trump’s Budget Will Help Get 350 Ship Navy, Even Though It Only Buys One Ship