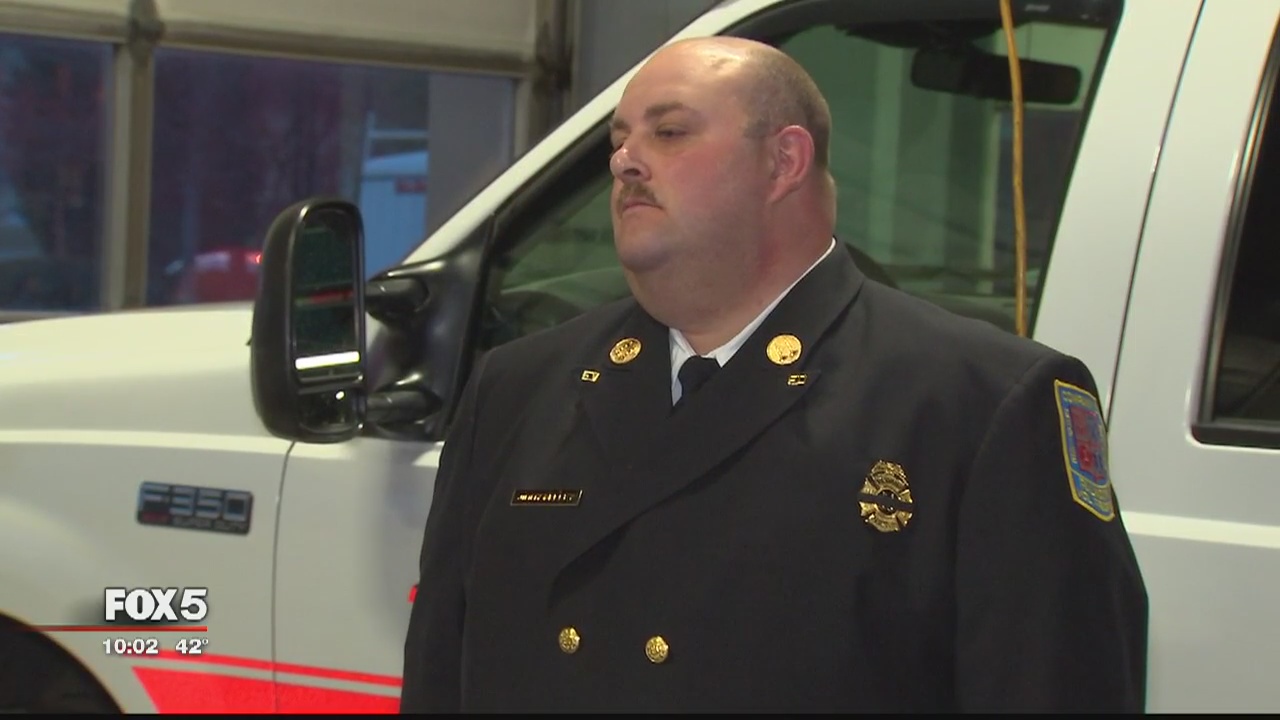 A pair of volunteer firefighters were suspended after transporting an injured 18-month-old infant in a fire truck to a Virginia hospital in late February, saving the child’s life.

Officials at Virginia’s Stafford County Fire and Rescue Department pulled the two volunteer firefighters off the job following the incident, which potentially broke regulatory code. Fire trucks are licensed as non-transport vehicles and cannot be used to assist the injured.

20-year veteran firefighter Captain James Kelley and Sgt. Virgil Bloom said they made the decision to transport the child — who had just suffered a seizure — on the spot, reasoning medical assistance would not respond in time to save the little girl’s life. So the pair acted quickly, transporting the 18-month-old to Mary Washington Hospital where she was stabilized.

“I would not hesitate, I would do the exact same thing 100 percent 10 times out of 10,” Kelly told WUSA9. “I sleep well at night knowing I provided good care to that young lady.”

Kelly said he called for assistance from Fredericksburg medical authorities, but no one was ever dispatched, and ambulance crews they called provided vague details on the nearest medical facility. While en route to the hospital with the infant, an ambulance contacted Kelly to meet and take over, but the firefighter said he was almost to Mary Washington Hospital, reports Fox 5.

Brian Nunamaker, the infant’s father, said they were on the way home from errands February 27 when his daughter started to have a seizure. He pulled over at a local McDonald’s and called 911 as a pedestrian stopped to help. When the firefighters arrived, his daughter had a pulse but was completely limp.

“As a parent, you feel extremely helpless to be unable to assist the most important person in the world (your child) during such a time of emergency,” Nunamaker told Fox 5. “Worst case scenarios run through your head while you are hoping for the best. The eternity of waiting for help to arrive was surprisingly non-existent in this situation.  I was surprised at how quickly help had arrived in the form of a fire truck.”

At the hospital, Nunamaker’s daughter had another seizure but was brought under control by doctors. She was released from the hospital and is now doing fine, her father told reporters. Nunamaker credits the first responders with saving his daughter’s life. He also says he thought the ordeal was over until he heard the firefighters were suspended for their actions, reports Fox 5.

“My wife and I feel terrible for the fallout that has happened to these two gentlemen,” Nunamaker told Fox 5. “They simply had the best interests for our daughter’s care in mind. We are extremely thankful they made the decisions they did, and that our daughter is back home with us doing well.  The actions of these men represent a dedication to their mission, and a deep concern of doing what is best for the people they are serving.  In our eyes, they are heroes.”

Stafford County Fire and Rescue Department officials said they cannot comment further at this time pending their investigation into a breach in regulatory compliance.

Here’s Why Your Phone Will Probably Go Off At 2:18 PM

Firefighters Made to Pay Toll to Cross Government-funded Pond