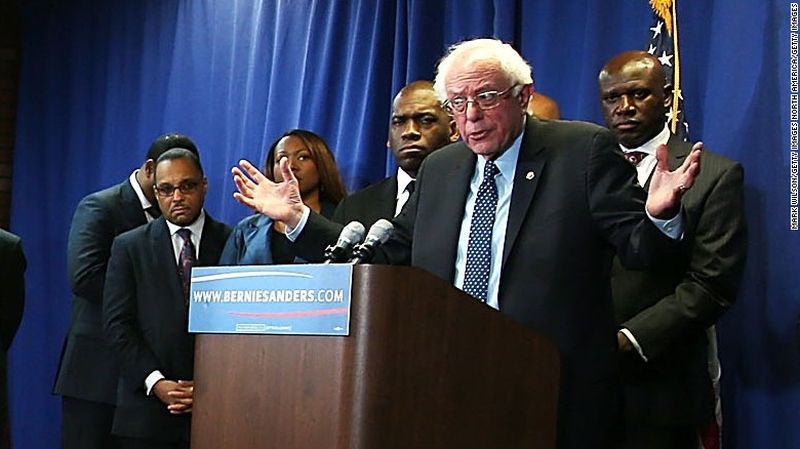 For starters, not ALL white liberals annoy me or participate in this continuous guilt tripping. It is also very important to mention that I am not referring to liberals in the classical sense, but rather those that have just highjacked the term to describe their fraud humanitarian efforts to expand government.

I will also admit that the term “white liberal” will be used to generalize the traits of many that tend to lean left and support Democrats. But generalizations aren’t always unfair or dishonest. This is an opinion piece — I do not work for the Hillary campaign and this is not a right-wing propaganda hit piece.

Now that that’s out the way…

White liberals annoy the Hell out of me.

This isn’t anything that started yesterday with Bernie’s comments, though it did solidify it. At the CNN Democratic Debate in Flint, Bernie suggested that white people did not know what it’s like to be poor and in the ghetto. I’m sure people will spend a lot of time criticizing the quote itself, but I have no desire to do so. Surely, there will be people that will suggest that the quote is taken out of context. It is very important to highlight how he was initially speaking about a conversation with Black Lives Matter activists. But before he said his bit about whites not knowing what it’s like to be in the ghetto he also said, “So, to answer your question I would say, and it’s similar to what the secretary said. When you’re white, you don’t know what it’s like to be living in the ghetto.”

However, this statement confirmed that Bernie Sanders is the prime example of an annoying white liberal. Each and every major election cycle the candidates are expected to answer questions along the lines of, “what would you do for black people?” The candidates usually follow with a condescending answer of, “vote for me because I care about you the most and will do the most for you.” But Bernie has taken it to phenomenally new heights with the guilt tripping. At this point, he is just openly pandering to get votes. I can’t blame him too much; he’s a politician and that’s what they do best. The black vote is very valuable, so don’t expect politicians to stop making empty promises or using emotional rhetoric to assert they have black people’s best interest in mind. Regardless of why it is done, it’s still very annoying. Sanders basically assigned being poor as an exclusively black trait, as if black Americans are poor by default.

White liberals seem think they’re superior to blacks. Of course, they will not admit this, but they suggest that we need some type of special treatment to advance in America — that without benevolent white people in government we will never make it. They will continue to suck-up and coddle black Americans, as if to say that we are in the positions we are in due to external sources and we just won’t be able to get it together without the assistance of white liberals and their government policies. There is common ground between myself and many white liberals. We both recognize that government has played a role in the oppression of blacks. But we are on completely opposite ends of the spectrum when it comes to the solutions. Liberals tend to believe that we can simply use government to orchestrate prosperity of blacks. I, on the other hand, believe that the best thing that can be done for black people is to get government completely out of the way. The liberal approach is far more attractive, which is why they will continue to pander, so as long as black folks are willing to eat it up.

This self righteousness and superior attitude is further highlighted when Bernie states, “African-American youth unemployment in this country is 50%, and one out of three African-American males born today stands the possibility of ending up in jail if present trends continue.” He’s basically saying our only options are to work or go to jail. He’s also suggesting that there’s something he can do about this which will obviously include government expansion of some sort.

But the irony is that the policies that many white liberals advocate for actually hurt black Americans. Minimum wage has been historically used to price blacks right out of the market, yet Bernie Sanders wants to double it at the federal level. Black unemployment, especially among black teens, is always among the highest in the nation when looking at labor statistics. Doubling the minimum wage will not solve this problem. But these are the facts that white liberals seemingly refuse to take into consideration. They say things that sounds good and look really great on the surface, but the truth is that minimum wage and increased taxation have hindered black advancement.

Government will be doing us justice when they decide to leave us the hell alone. I would think that this would be a no-brainer considering the history of this government’s relationship with black Americans. This is where my criticism are aimed more-so at my fellow black Americans. White liberals can keep giving us the bait, but we do, in fact, keep eating it up. Our votes always go to Democrats. I’m not suggesting that blacks should vote conservative, libertarian, or even vote in the first place. I’m saying that politicians do not need to change their approaches so as long as we keep tossing our votes behind the person who panders the most to blacks. Be mindful, they are fighting for positions within government: which holds a monopoly on violence that has been used to keep us behind our white counterparts. You’d think that blacks would be fairly skeptical of the state.

I’ve been criticized for not throwing my support behind Bernie Sanders. White liberals have suggested that I should automatically support him because he “cares” and “marched with MLK.” This means absolutely nothing to me. There are alarming things about his voting record that lead me to believe that he isn’t sincere; such as him voting for the 1994 Violent Crime Control and Law Enforcement Act, that resulted in the very mass incarceration he decries today. On top of that, his solutions do nothing to fix the problems. Expansion of the state does nothing but empower the same entity that created the issues we face to begin with. He assures us that he’ll use that power the right way, but there’s been dozens of white liberals that have said the same exact thing and where has that gotten us? Are we to continue being lulled by these empty promises?

Here’s my message to white liberals that constantly pander:

I do not believe that you’re sincere in your efforts. You do not speak on my behalf, nor should you feel obligated to do so. The guilt-tripping seems to be nothing more than an ego boost to make it appear as if you actually care about minority advancement. There may actually be a few of you that want to help others, and I commend you; but that doesn’t mean that your proposed solutions make sense, nor does it mean that you aren’t committing acts of subtle bigotry in your pandering. Being black may come with catching the short end of the stick at times, but in 2016, in America, it does not mean that it is the number 1 root of all our issues. Seeking pats on the head by black activists and colleagues doesn’t accomplish anything; other than maybe massaging that ego of yours. Many of us see right through this scheme. If you want to help, you can start by seeing us as individuals as opposed to a collective of helpless animals.

The con-games of the white liberal are not anything new. To quote Malcolm X:

Politically the American Negro is nothing but a football and the white liberals control this mentally dead ball through tricks of tokenism: false promises of integration and civil rights. In this profitable game of deceiving and exploiting the political politician of the American Negro, those white liberals have the willing cooperation of the Negro civil rights leaders. These “leaders” sell out our people for just a few crumbs of token recognition and token gains. These “leaders” are satisfied with token victories and token progress because they themselves are nothing but token leaders”

This couldn’t be anymore relevant than today. At best, this is nothing more than a political okie-doke. 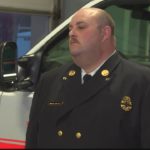 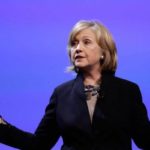