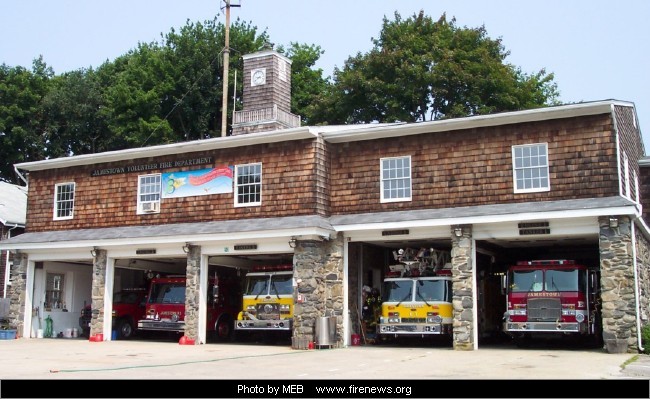 If you work within a first-response team, it is your priority to reach your destination as soon as possible, right? Apparently, that is not the case in Jamestown, RI, were reaching potential victims hits the second spot on their priority list. Indeed, priority #1 is – you guessed it  – waiting in line and paying a toll to cross the gas-tax funded Newport Bridge.

Volunteering will cost ya!

This news was recently uncovered in an open letter to The Jamestown Press by a local resident. A few nights prior to the letter, two firefighter trucks from Jamestown volunteered to help their colleagues in Newport. After putting out the fire, the exhausted crew headed back to Jamestown. To their surprise, the staff would not let them through for they had to pay four dollars to cross the pond.

Fortunately, after twenty minutes of discussion, the firefighters crossed the bridge – without having to pay the toll.

This led to a debate amongst local residents. Should first-aiders, who are essential within the community, be retained and pay a toll?

Caroll Crafts – the writer of the open letter – was bothered by the lack of respect. She wrote:

“To me, it’s inconceivable and, frankly, unconscionable, that payment was demanded of fire department volunteers after they had put their lives on the line to assist another town in the middle of the night. None of our emergency vehicles or volunteers should be subjected to this lack of respect”.

Everyone pays a toll

However, not everyone was open to these arguments. When NBC News 10 asked Buddy Croft –  executive director for the Rhode Island and Turnpike and Bridge Authority, which operates the Newport Bridge – he told them: “All emergency responders, including state police, pay a toll. The only exception is when first responders are dealing with an incident on the bridge or its ramps”.

What is your takeaway? Should emergency services be allowed to roam government-funded roads freely?

Media Criticism: The Most Biased And Inane Newsletter Items Of The Week