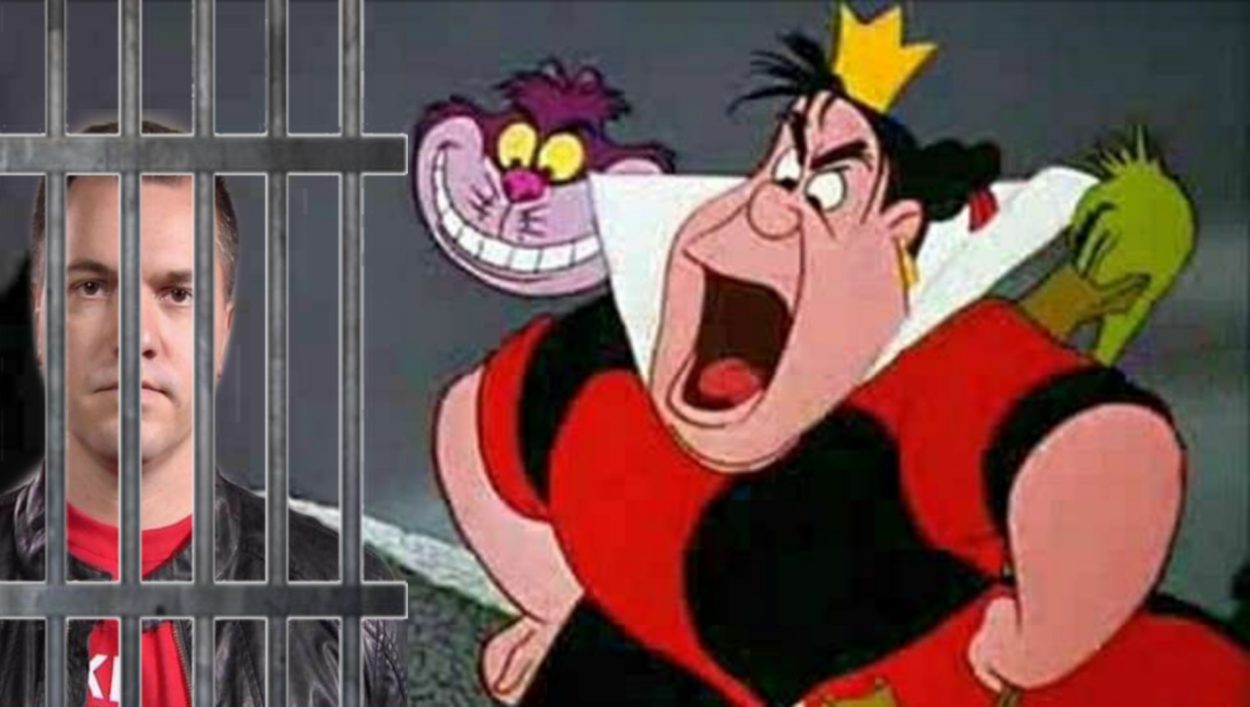 WONDERLAND – Founder of The Libertarian Republic Austin Petersen, also former US Senate Candidate and Anne Hathaway’s love interest, has been arrested by order of the Queen of Hearts.

Petersen has been formally charged with the high crime of spreading Fake News.

The order came following a post from Petersen on Facebook, where he shared a news article written by known conspiracy theorist and white knight Squiggly Line Guy.

The Queen of Hearts extracted all the probable cause evidence she needed from the article’s headline and ordered the arrest.

The Queen laid her ground rules for the trial. She ordered the jurors, “Form your opinions first, read the article later.”

Petersen pleaded with the court, “The article was satire! It wasn’t claiming to be news, it was supposed to be funny! It never claimed the Momo Hoax was real, it was making fun of the hoax while drawing a parallel to Alexandria Ocasio-Cortez!”

The Queen of Hearts ordered for his defense to be dismissed in court, and sent the jury to deliberate. As the Queen had hand picked humorless pedantic Libertarians onto the jury, the deliberation took only several minutes.

When the jurors returned to the courtroom, they stated that they had arrived at their verdict.

“No, no!” said the Queen. “Sentence first – verdict afterward.”

Austin Petersen has been sentenced to have his head offed at a time that pleases the crown, to be followed by the verdict.