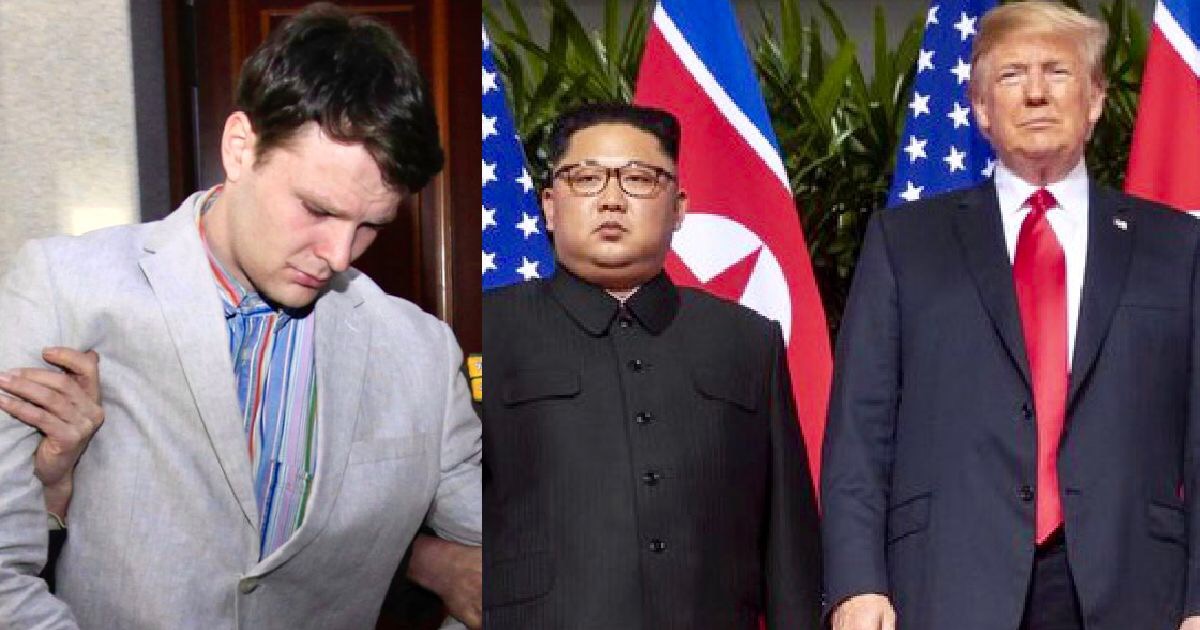 The parents of Otto Warmbier, the 22-year-old college student, who was imprisoned in North Korea, issued a strong statement on Friday in rebuttal to President Trump who said that Kim Jong Un was unaware of the treatment of their son while he was detained in a North Korean prison.

Otto was arrested for taking a propaganda banner from the hotel while visiting. The University of Virginia student from Ohio was sentenced to 15 years of hard labor but was released after 17 months.

Warmbier, 22, died shortly after he returned to the United States.

The Wambiers were told their son had been in a coma since not long after he was sentenced. When he was brought back to Cincinnati after his release, his father said he “was jerking violently, making these inhuman sounds.”

“He was blind, he was deaf,” Fred Warmbier had said.

President Trump said on Thursday, after his meeting with the North Korean dictator, that Kim informed him that he was not responsible for what happened to Otto, and had no knowledge of his treatment during the 17 months he was detained in the country.

“I really don’t think it was in his interest at all,” he added at a press conference following the collapse of a nuclear summit in Hanoi.

Kim “knew the case very well, but he knew it later,” Trump said.

Trump’s comments are a complete reversal of his statements at his first State of the Union address in 2018 while the Warmbier’s were in attendance.

“After a shameful trial, the dictatorship sentenced Otto to 15 years of hard labor before returning him to America last June, horribly injured and on the verge of death,” Trump said at the time. He asked the emotional Warmbiers to stand up for applause, and called them “incredible people.”

“You are powerful witnesses to a menace that threatens our world, and your strength truly inspires us all. Thank you,” he said to them.

Trump’s remarks Thursday were met with backlash from both parties. President Trump addressed the mainstream media’s coverage of this story on Twitter Friday, saying he was “misinterpreted.”

Marijuana Use Requires Govt to Protect People From Their Own Choices, Says Congressman