The activists at Truman State University’s Young Americans for Liberty (YAL) chapter held an event to support Hong Kong protesters yearning for liberty. It created some uncomfortable confrontations and the police were called.

Naomi Mathew is the president of Truman State’s YAL chapter and a Missouri State Chair for YAL. Mathew explained that in October, the Vice President of their chapter said he wanted to do something to support the Hong Kong freedom fighters.

“We made some flyers and a sign.” Then, they set up a table on campus on the morning of November 1st. 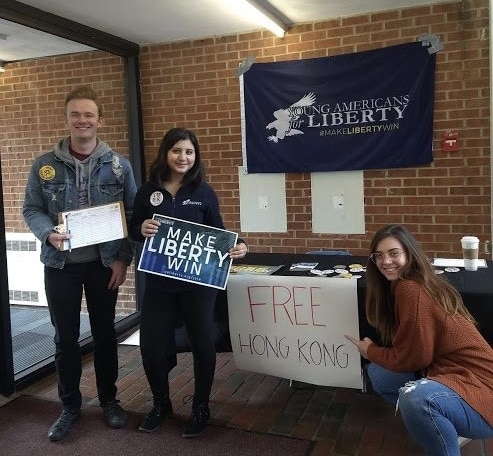 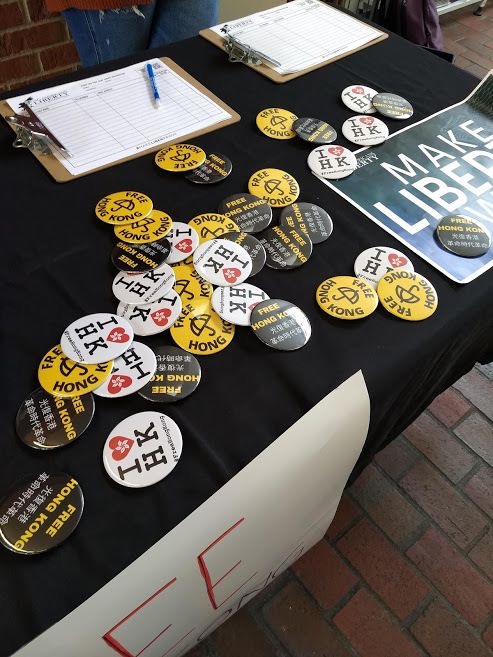 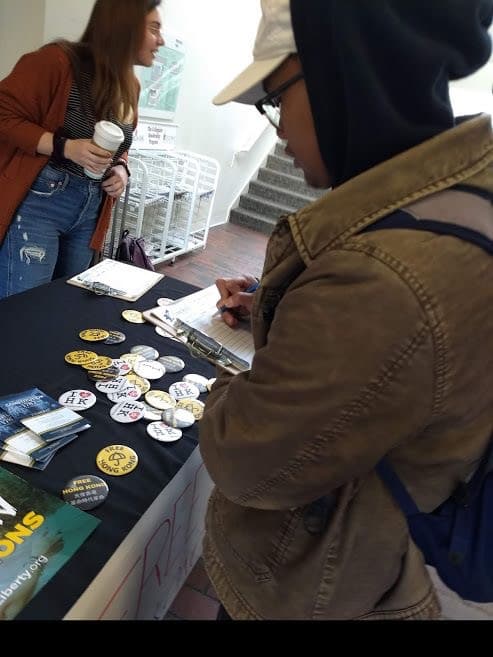 Four group members manned the table throughout the day. Two students were at the table at all times, handing out literature about the protests and struggles in Hong Kong. “We were talking to students about it. We even had one socialist student that said he agreed with us and gave his name and information”.

Mathew was surprised that even professors were walking through and giving them words of encouragement and expressing agreement with the movement to free Hong Kong.

At about 2:00 in the afternoon, tensions began to rise. Five or six international students surrounded the YAL table and started arguing that the struggle was in Hong Kong and foreigners should not be commenting on the problem at hand.

At this moment, the Vice President of YAL and one other member were there. Mathew returned from class to find the opponents multiplying, stating, “they must’ve been texting their friends to join them”.

She approximates 30 international students (all of them that Mathew talked to were from China) assembled opposite of them. They set up a table with a Chinese flag draped over it. Mathew makes it clear that it is fine to voice opposition with her group. Freedom of speech applies to everyone, including those who disagree with you.

However, the opposition didn’t feel that way. They asked the University president to shut the YAL table down. The university refused and reminded them that YAL was well within their rights to peacefully voice an opinion, even if it offended.

Campus officials brought in ropes to separate the groups in order to calm the escalating situation. When that didn’t suffice, the University president called the police because there was shouting. Mathew spoke to the president after the ordeal ended and believes the police were called due to concerns for the YAL members’ safety.

The individuals in the pro-China crowd varied in enthusiasm. Some were more reserved, others were directly confronting the group about how Hong Kong should not be free because they are part of The People’s Republic of China.

The visibly excited international students were exceedingly concerned with Mathew recording them. At one time, a student can be heard saying, “there is no need to record, just have peaceful conversation right now”. Later, as two students yelled that Hong Kong did not want to be free, they turned to the camera and declared that recording them was against their rights.

This boisterous affair has motivated Mathew and her chapter to continue the fight for liberty for everyone. The situation reminded her how important freedom of speech is, and how the liberty to share what is important to you is a right that shouldn’t be taken for granted.

The Truman State YAL chapter now plans to turn their focus to bringing attention to a campus rule that restricts speech/assembly to a certain location. The rule is currently not enforced, but it is on the books. Although this unjust campus rule is on her radar, Naomi Mathew couldn’t be happier with how the university handled this situation. They defended the YAL liberty activists’ rights to peacefully voice their opinions.

The cause of liberty in Hong Kong were recognized in Kirksville, Missouri on the first of November. Mathew is thankful that the Young Americans for Liberty were able to represent American support to free Hong Kong, and show that freedom transcends borders. 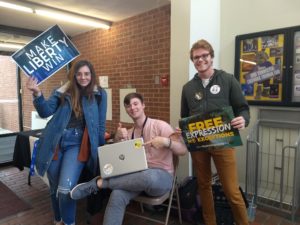