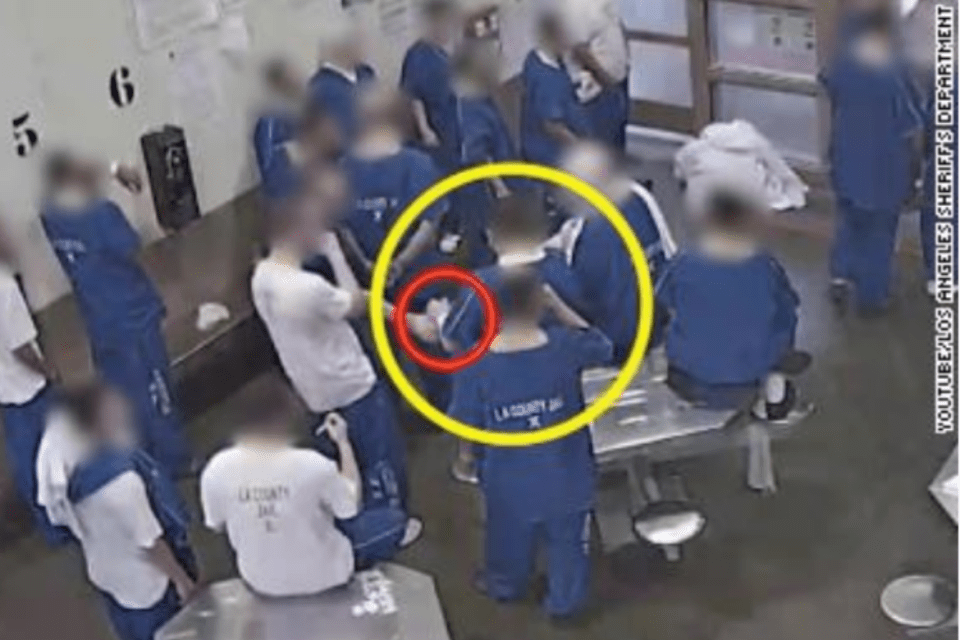 Unlike the typical concerns of rising COVID-19 cases in the United States prison system, it now appears inmates are attempting to spread the virus among themselves—likely to force a release due to health concerns.

As can be seen in the following video evidence edited and compiled by YouTube content creator Memology, in L.A. a recent predicament has arisen in the prison system involving COVID-19.

According to Sheriff Alex Villanueva of the Los Angeles County Sheriff’s Office, the actions of several inmates have directly resulted in 21 new cases of the disease. The behavior, which includes sharing water cups and handing infected masks around a circle, has taken advantage of the virus’ own transmission capabilities to spread the illness rapidly inside the system.

Of course, the reality for these prisoners is rather bleak, as their release may not come as soon as they wish. Beyond even Sheriff Villanueva’s express denial of the option of release, there is little being done across the entirety of America to alleviate prison populations in the name of public health and safety.

As most prisons remain filled, the virus is spreading like wildfire in a system with what can be euphemistically referred to as middling health service capabilities. There is a very serious threat on both sides of the bars as this pandemic moves through the country.

Some states are acting in response to this by releasing their populations (temporarily) to reduce the load of people so as to mitigate the damage and maintain a functional prison system. One such example is the state of Illinois releasing hundreds of prisoners.

Not to say that prisoners ought to be released, or that they deserve what’s coming and should stay behind bars, but the reality remains that the issue is present. Experts are saying that in the world’s largest prison population, the disease moves faster than a roadrunner in a Warner Bros. cartoon.

Many states are directly opposing the current push by many to open their cell doors, with states like Virginia maintaining their overcrowded prison population. Not one to be outdone, Texas is also seeing its actions generate the inevitable result of mass virus transfer in their system.

There is even the aforementioned problem of knowingly spreading the virus. Such action is reprehensible whether you are a free man or imprisoned, and one which should never be rewarded with release, however temporary.

What this comes down to is a serious evaluation of the U.S. prison system—one riddled with mediocrity and which over incentivizes its own overpopulation. In lieu of an effectively administrated (and just) system, we are seeing the outcome in times of crisis. What remains now is to learn by experience.