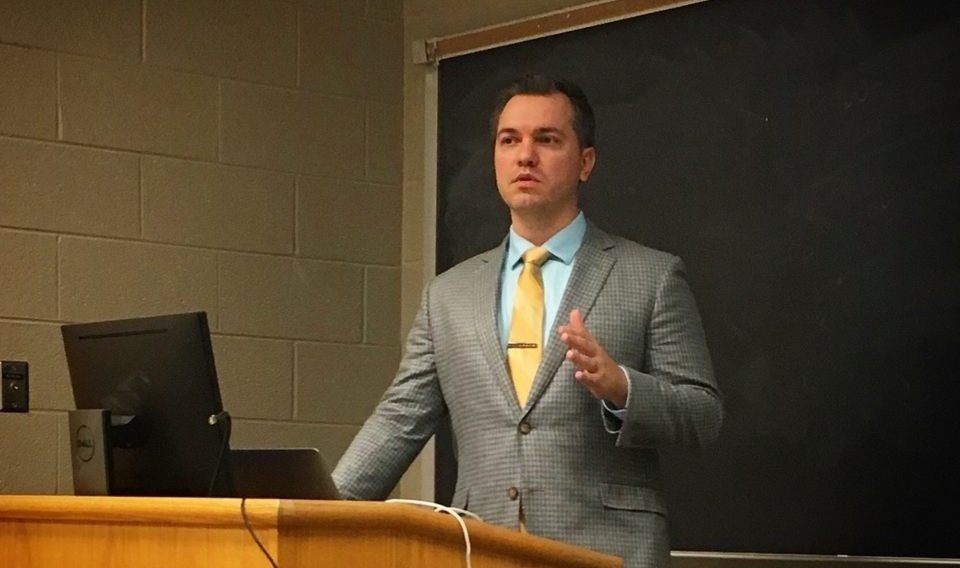 Missouri Attorney General and Senate Candidate Josh Hawley came under extreme criticism for embarrassing and unfounded comments about Human Trafficking, a cause he claims to champion.

On the last day of January which concluded Human Trafficking Awareness Month, Hawley tweeted out to reflect on it.

On the same day, a story broke about comments Hawley made about Human Trafficking, attributing it to the Cultural Revolution in the 1960’s. The problem is, history completely refutes this.

“We have a human trafficking crisis in our state and in this city and in our country because people are willing to purchase women, young women, and treat them like commodities. There is a market for it. Why is there? Because our culture has completely lost its way. The sexual revolution has led to exploitation of women on a scale that we would never have imagined, never have imagined.”

On January 19th, the San Francisco Chronicle published an article about rampant sex trafficking in the 1850’s. If prostitution is the world’s oldest profession, pimping would be the second oldest. Trafficking is not a recent phenomenon. The only thing recent is the actual acknowledgement that many prostitutes are victims of human trafficking. The fear of being arrested and stigmatized is what has long given the traffickers power over the trafficked.

While the legal climate is beginning to shift on this issue away from punishing the trafficked, the victims are generally the last to know. Many women who are brought into the country with the promise of a job and are instead trafficked are made to believe they will be the ones who are punished. Hawley’s comments are not helping.

Hawley’s primary opponent in the Missouri Senate Race, Austin Petersen, took to Twitter to criticize the baffling remarks. Petersen stated that Hawley was giving Democrat incumbent Claire McCaskill all the fodder she needed for her reelection campaign.

We can beat Claire if we just don't say stupid things. https://t.co/KH5uEfYcCQ

I know that Hawley is more of a progressive-Republican Teddy Roosevelt type, but I'm more of the constitutional conservative Calvin Coolidge-style Republican. @HawleyMO should take a page out of Silent Cal's playbook and zip it. https://t.co/o10WvhiJL0

If my @MissouriGOP senate primary opponents could stop writing @clairecmc fundraising ads for her, that'd be great. https://t.co/PYBUYcsAjP

I didn’t go to one of those fancy private schools, but the history I learned in public schools & Mizzou taught me that the evidence of trafficking of women for sex goes back to before 2000 BC. It didn’t begin with women’s rights and the birth control pill. @HawleyMo

Hawley fired back at McCaskill, doubling down with an even weirder claim.

Get real. I'm for contraception & women working. I’m against exploitation of women promoted for decades by Hollywood & culture. Have to change that to stop trafficking. Fly commercial home from your next Hollywood fundraiser & ask people what Hollywood is doing to our culture. https://t.co/NJ3MdvFGcI

So now I find myself in the very awkward position of defending Hollywood. This wasn’t something I imagined I would be doing, but Human Trafficking is far too serious of an issue to ignore it.

Hollywood is morally bankrupt. It is spineless. It certainly fosters abusive cultures, and protects the powerful within their ranks. Hollywood is Liberal La La Land, where they want to preach about politics and what they believe is best for me from their lavish awards shows, while holding little award statues that are worth more than my vehicle. Hell, they’d probably sell for more than many homes.

I have no love for Hollywood.

But to draw a line of causation from Hollywood to Human Trafficking is an even more puzzling and unfounded leap.

Hollywood gets a lot of criticism, and a lot of criticism they’ve earned. But Hawley is in jeopardy of becoming just like Crazy Uncle Bernie who yells “Wallstreet” into a microphone. Hollywood is not the source of anybody’s problems outside of Hollywood, much less trafficking in Missouri or anywhere else for that matter. It’s an issue that Hawley would rather politicize (poorly) than take seriously. Society is no more an aggressor than it is a victim.

Petersen also couldn’t let an opportunity go by to take a solid shot at Claire.

I didn't either, but I also learned in history at @MissouriState that the 4th Amendment should protect us from the warrantless surveillance you authorized, and that lowering taxes helps the middle class, which you opposed. Did they teach you that at Mizzou, Claire? https://t.co/K1MlVNITYm

I’m going to leave you with one last shot fired by Petersen.

This is the battleground that Claire wants and is the reason I'm the Republican candidate who can beat her. https://t.co/OBrA7K5Se1 via @TribLIVE

Another Pro-Life Display Was Destroyed. This Time At A Catholic School