The Pentagon is preparing to send nearly 4,000 troops to Afghanistan to fight in America’s longest war in an effort to turn the tide against the Taliban.

A Trump administration official told the Associated Press that Secretary of Defense James Mattis is likely to make the troop deployment announcement early next week.

This expected decision follows on the heels of President Donald Trump’s move to grant Mattis the authority to set troops levels in Afghanistan.

“We are not winning in Afghanistan right now,” Mattis told the Senate Armed Services Committee on Tuesday. “And we will correct this as soon as possible.”

A resurgent Taliban coupled with Islamic State militants have challenged U.S. forces in the region and are taking back territory formerly under control of U.S. and Afghan troops. As of February, the Afghan government controls 59 percent of all districts in the country, which is down 11 percentage points from the same time period in 2016.

Most of the new troops heading to Afghanistan will play the role of training and advising Afghan troops. A small minority will directly participate in counter-terrorism operations against Taliban and ISIS fighters.

Afghanistan is America’s longest war, beginning in 2001. More than 2,300 Americans have been killed so far and 17,000 more wounded.

As such, Mattis is looking to end the war as soon as possible.

“We’re not looking at a purely military strategy,” Mattis told a House Appropriations panel Thursday. “All wars come to an end. Our job is to end it as quickly as possible without losing the very mission that we’ve recognized, through several administrations, that was worth putting those young Americans on the line for.” 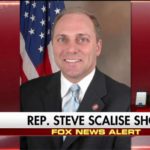 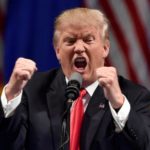