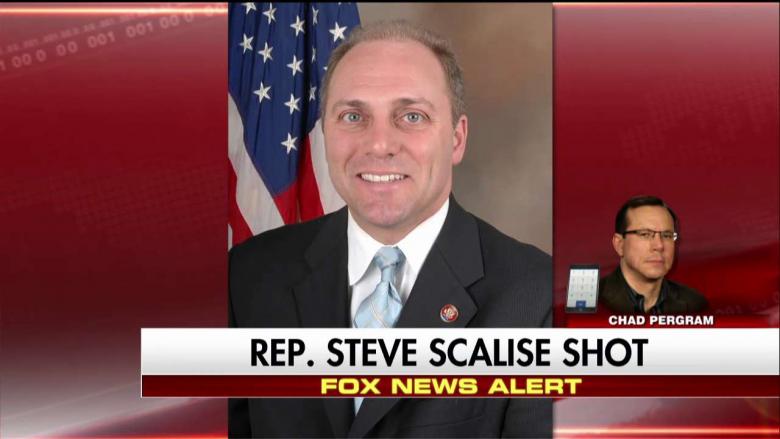 A news site praised a black lesbian police officer for saving the life of “bigoted homophobe” GOP Congressman Steve Scalise of Louisiana in a Thursday write-up.

“Crystal Griner, a Capitol Police officer, was one of two special agents on Scalise’s security detail yesterday who helped take down shooter John Hodgkinson. People at the scene said that the two officers prevented an all-out ‘massacre’ on the field that day, engaging in a firefight with Hodgkinson before killing him,”author Anne Branigin wrote.

It was “delicious irony” that a lesbian (Griner has a wife named Tiffany) would save an “anti-LGBTQ” politician, Branigin writes before delving in to Scalise’s alleged ties to white supremacist David Duke.

“He was forced to apologize for speaking at an international conference of white supremacists, and reportedly referred to himself as ‘David Duke without the baggage.’ Following Scalise’s shooting, Duke praised him for ‘defending white civil rights’,” Branigin wrote. Scalise has vehemently denied supporting white supremacist groups.

Others also made similar claims over social media, hailing the two black police officers for saving a “white nationalist.”

These are special agents Crystal Griner & David Bailey, the heroes who literally stepped into the line of fire this morning in Alexandria. pic.twitter.com/5t0b7z52jc

2 black officers
Forced to protect Scalise
A known supporter of yt Nationalist
Save his life
And Lives of so many others https://t.co/YRUuMu3Zc1

So two Black officers saved the life of a white supremacist today. Sure. They are sworn to protect and serve.

See, there are good cops! pic.twitter.com/veTJ5jBAva