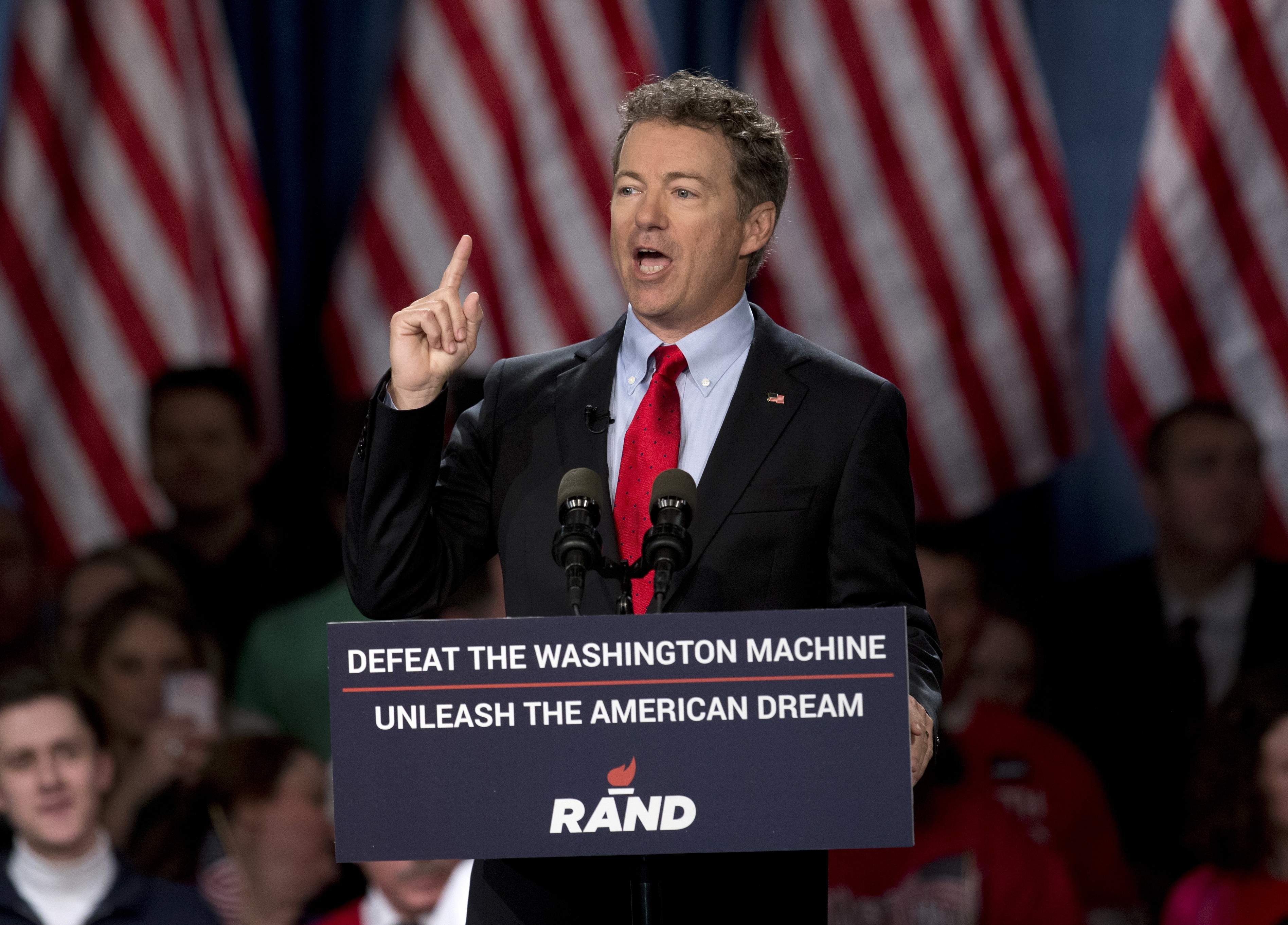 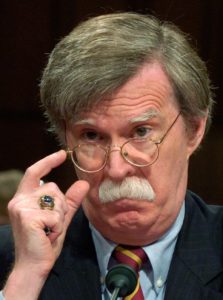 During his campaign, President-elect Donald Trump has repeatedly talked with a more dovish tone about the United States’ seemingly constant involvement in world affairs, and more specifically intervention in foreign nation’s governments, such as in Iraq in 2004 or Libya in 2011. This is a stance which has been one of his strongest in separating himself from the Washington Establishment war-hawks, but one which would seemingly be undermined if the rumors of former Ambassador to the United Nations John Bolton is appointed by Trump to the position of Secretary of State.

These sentiments are shared by many, but one liberty-minded Senator is speaking out to share his objection of the potential appointment with the nation and Trump administration, calling it a “major first step toward breaking that promise.”

Kentucky Senator Rand Paul, through an op-ed for Rare, writes that one of things he “liked” most about Trump was his “opposition to the Iraq war and regime change.”

“He [Trump] not only grasped the mistake of that war early, but also seemed to fully understand how it disrupted the balance of power in the Middle East and even emboldened Iran.” said Paul. “We liberated Iraq, but today their best friend is Iran, their second greatest ally is Russia, and their third strongest alliance is with Syria. Trump really seems to get the lesson. Hillary Clinton never did,” he continued.

This is where the praise for Trump ended and the critique of Bolton began, as Paul moves to say that though Trump seemingly understood the errors of the past, John Bolton “never learned and never will.”

RELATED: Top 7 Reasons Why John Bolton Should Never Be Secretary of State

“Bolton is a longtime member of the failed Washington elite that Trump vowed to oppose, hell-bent on repeating virtually every foreign policy mistake the U.S. has made in the last 15 years — particularly those Trump promised to avoid as president,” Paul explained in his article, mentioning that Bolton “often stood with Hillary Clinton,” and against what Trump has articulated.

The Senator then goes on to list examples of Bolton’s history to support his claims:

“Bolton was one of the loudest advocates of overthrowing Saddam Hussein and still stupefyingly insists it was the right call 13 years later. “I still think the decision to overthrow Saddam was correct,” Bolton said just last year.”

In 2011, Bolton bashed Obama “for his refusal to directly target Gaddafi” and declared, “there is a strategic interest in toppling Gaddafi… But Obama missed it.” In fact, Obama actually took Bolton’s advice and bombed the Libyan dictator into the next world. Secretary of State Clinton bragged, “We came, we saw, he died.”

Paul then levied his worry for foreign relations under a Sec. of State Bolton out bluntly stating, “No man is more out of touch with the situation in the Middle East or more dangerous to our national security than Bolton.”

Paul continued, “All nuance is lost on the man. The fact that Russia has had a base in Syria for 50 years doesn’t deter Bolton from calling for all out, no holds barred war in Syria. Bolton criticized the current administration for offering only a tepid war. For Bolton, only a hot-blooded war to create democracy across the globe is demanded.”

Paul, furthering the explanation of his concerns, rails against the fact that Bolton is willing to send other Americans off to war, but had not firsthand suffered the deprecation of war, as he had avoided the draft to the war in Vietnam. “War should be the last resort, never the first. War should be understood to be a hell no one wishes for. Dwight Eisenhower understood this when he wrote, ‘I hate war like only a soldier can, the stupidity, the banality, the futility.'” He furthered, “Bolton would not understand this because, like many of his generation, he used every privilege to avoid serving himself. Bolton said, with the threat of the Vietnam draft over his head, that ‘he had no desire to die in a Southeast Asian rice paddy.’ But he’s seems to be okay with your son or daughter dying wherever his neoconservative impulse leads us.”

Paul would wrap his address of Bolton up by stating that the Founding Fathers made explicit the ability to declare war runs through Congress, and that he would fight to advocate against war, no matter which party occupied the White House and by saying that he believed the appointment of John Bolton as Secretary of State would be a “major first step toward breaking that promise.”

Unsurprisingly, The Washington Posts‘s political writer Dave Weigel, reports that Sen. Paul is not inclined to support Bolton for the appointment, nor would he be in favor of former Mayor of New York City Rudy Giuliani in the same role.

Rand Paul tells me he’s not inclined to support Giuliani or Bolton for Secretary of State.

Given that Sen. Paul is know for his prowess of the filibuster, it will be interesting to see how he plans to fight the appointment of Trump’s potential cabinet members, as they cannot be unilaterally held up by such a measure due to the Democrats ridding of the rule in 2013, sans a few positions like the Supreme Court.

Either way, Sen. Paul is a breath of fresh air when it comes to honesty in politics. He holds his principles in highest accord, and is not too shy to criticize his own side of the aisle. His stance and view of former Ambassador Bolton should be heeded, and if Trump was honest during his campaign about “draining the swamp,” he will not let Bolton, or Giuliani for that matter, near decisions concerning American foreign policy.