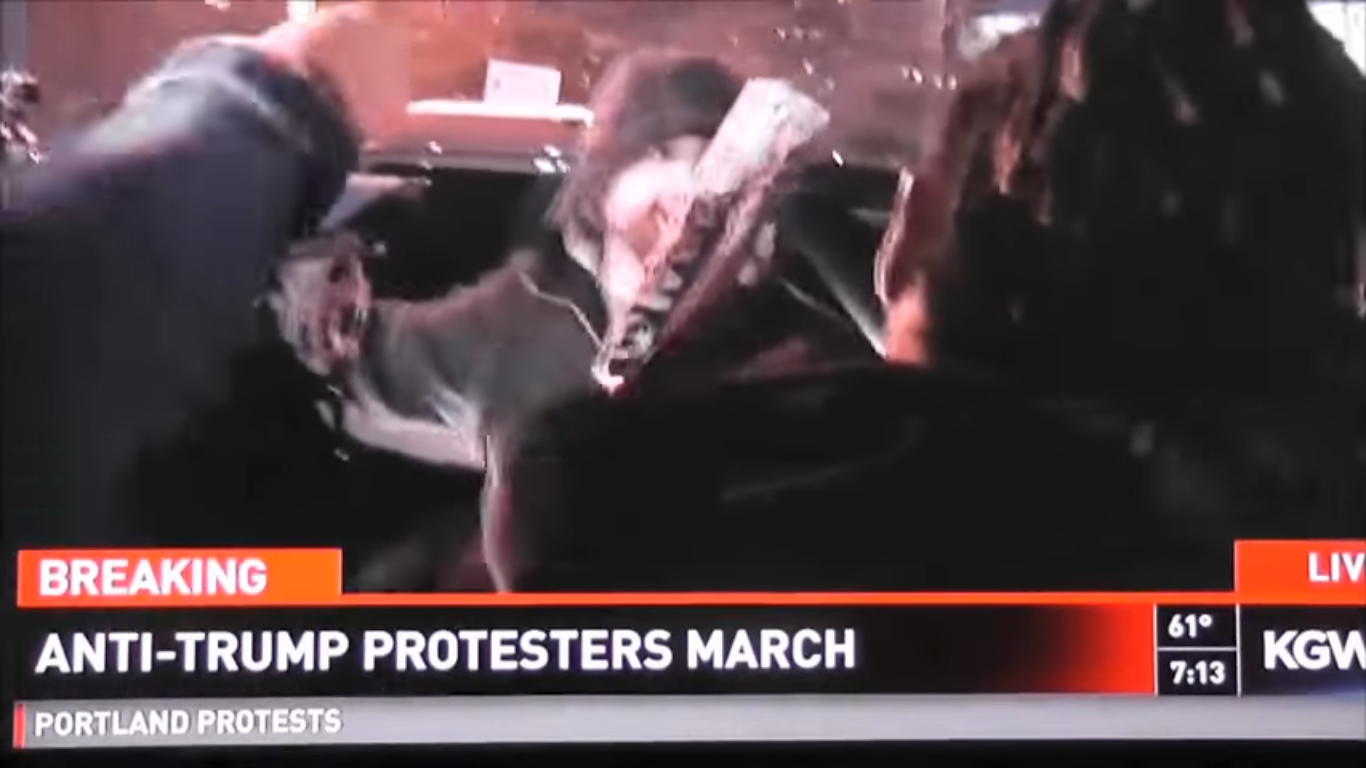 Anti-Trump protesters in Portland, Ore. attacked a vehicle driven by a young woman who claimed she was attempting to pass on a road blocked by demonstrators due to a personal emergency.

Protesters claim the altercation began when a motorist attempted to circumvent a Trump protest due to a personal emergency. The Daily Caller News Foundation is not able to confirm the nature of the alleged emergency. Demonstrators then claimed she attempted to run over one of the protesters with her car.

“I can’t agree with them,” the reporter covering the protests said. “I was out here, and someone jumped in front of her car while she was slowly trying to drive away.” (RELATED: Kellyanne Conway SHUTS DOWN Anti-Trump Protestors [VIDEO])

A bystander then attempted to intervene so the vehicle could pass. He in turn was pushed and shoved by protesters. At one point during the dispute, a demonstrator slammed and shattered the woman’s windshield. Though the reporter could not identify which specific protester was responsible, one individual immediately proximate to the vehicle throughout the encounter was brandishing a baseball bat.

“This woman is by herself, surrounded by protesters — hundreds of them,” the reporter said, as a camera crew filed the ongoing encounter. The woman sat alone inside the car and cried, her neck and shoulders tensed in a frightened posture.

The reporter indicated it was the second such confrontation between demonstrators and a motorist that evening. He also reported that police were not on the scene.

“I haven’t seen a police officer — I’m trying to think– all night.” he said.

Rand Paul on Potential Sec. Of State John Bolton: “The Man Is A Menace”