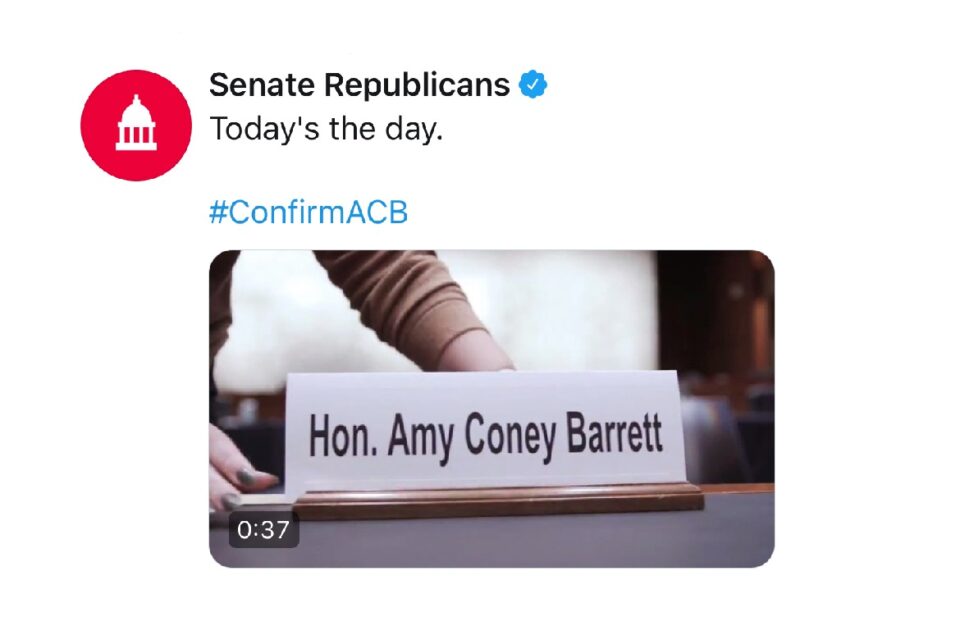 We have now witnessed the first confirmation hearing for Judge Amy Coney Barrett, nominated to fill the seat of former Supreme Court Justice Ruth Bader Ginsburg. If this first hearing is any indication, Judge Barrett is going to have no issue being confirmed as the fifth female justice in Supreme Court history-likely even before November 3rd.

The first day brought us the expected plethora of nonsense from the left. From moments such as Minnesota Senator Amy Klobuchar using her speaking time to rail against the President instead of asking any valid questions of the nominee to Hawaii Senator Mazie Hirono saying the hearing itself is a facade, or New Jersey Senator Cory Booker stating he is not going to vote for the nominee before he ever got the opportunity to hear her speak. They are giving the GOP more reasons to rush this nominee through as quickly as possible. It is telling that the same Democratic senators who used every avenue they could find to block Justice Brett Kavanaugh’s nomination can now find no way to do the same thing to Amy Coney Barrett’s nomination besides calling the process itself illegitimate.

If Judge Barrett is so qualified that all this group of Democrat activist senators can come up with to attack is the procedure itself and then to attack her religion (as they repeatedly have and did during her 2017 confirmation hearing for the 7th District U.S. Court of Appeals) then she should be confirmed immediately and we should move on to other things.

If Senator Ben Sasse has to explain 8th grade civics to these senators to get through a hearing, then we should really be questioning what exactly they’re wasting our time on.

Judge Barrett graduated at the top of her class and has been at Notre Dame Law School as a professor for nearly 15 years. She clerked under the influential giant that was Justice Antonin Scalia, and is currently a member of the 7th U.S. Circuit Court of Appeals. To say she has an impressive resume at the age of just 48 is selling her short.

There is also no way to argue that this process is illegitimate. There is no reason for the Senate not to confirm Judge Barrett based on Senate rules that were affirmed and propped up by former Democratic Senate Majority Leader Harry Reid years ago that allow this exact process to happen through lowering the “yes” vote count from 60 to 50 – even if it was applied to lower courts.

The President’s term and responsibilities do not end on, before, or even 75 days after November 3rd. They end on January 20th of next year, when the President is either re-elected or another President is sworn in.

Supreme Court nominations are not scheduled to accommodate anyone’s feelings or dying wishes. The United States Senate has a duty and responsibility to fill Justice Ginsburg’s seat. No process, no matter how fast, is illegitimate or “unconstitutional”, regardless of what Joe Biden says

The US Senate has the control, and more importantly, legal standing to use it to confirm our next Supreme Court Justice, Amy Coney Barrett.

Essential Office Supplies to Always Have in Your Office