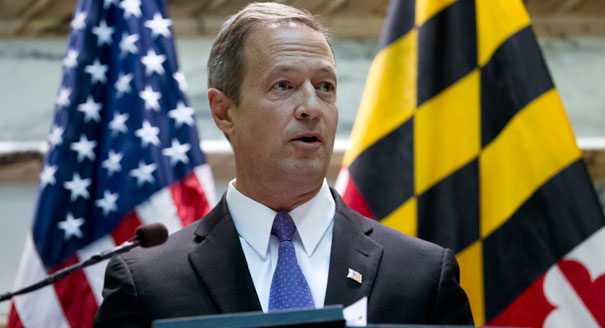 O’Malley Says Remarks Were a Mistake

This past weekend, the progressive Netroots Nation conference was held in Phoenix, Arizona. As part of the festivities, there was a Presidential town hall discussion featuring Democratic candidates Martin O’Malley and Bernie Sanders.

O’Malley, the former Governor of Maryland, took part first. Following the coverage of the many problems in Baltimore over the past few months, O’Malley has received criticism for the police groundwork he laid in his state. This controversy was quickly brought to the forefront of the presentation, as an activist from the “Black Lives Matter” movement was invited on stage to ask O’Malley a question about how he would reform flawed law enforcement policies, as well as the resulting deterioration of race relations.

RELATED: 5 Reasons Martin O’Malley Will Be The Democratic Nominee

The forum quickly devolved into chaos, as spectators in the crowd began shouting and taking control of the event. The moderator, looking utterly helpless, began pacing around the stage, seemingly attempting to find a way to bring some order. In the meantime, O’Malley stood quietly, waiting for his opportunity to answer the questions posed to him.

Finally, O’Malley received his chance, but throughout his comments, others in the crowd interrupted. It seemed that nothing the former Governor said was enough for this radical audience. The tension came to a fever pitch when O’Malley, after showing visible frustration at the interruptions, stated specific policy reforms, and then concluded by saying, “Black lives matter, white lives matter, all lives matter.”

The reaction that followed these comments was an audible mix of disgust and anger, and O’Malley restated the same words again. These were his last comments before he was hurried off the stage so that Bernie Sanders could begin his portion of the segment. Later at the same conference, after being lectured as the folly of his statements, O’Malley clarified his comments, saying that he “meant no disrespect,” adding that it was a “mistake.”

There is a point to be made that it is important that we focus on those who have been most neglected by our flawed criminal justice system. However, this exchange and saga involving Governor O’Malley shows the true difference between progressives and libertarians — even on those issues upon which we appear to agree.

Libertarians do not delegate or respect rights based on groups. We rather look at each  and every person as an individual having inalienable rights, regardless of his or her race, religion, sex, sexual orientation, or any other distinction. In the United States (predominantly because of big government policies), some groups are disadvantaged more than others, and that is truly despicable. However, this should not avert our eyes from the ultimate goal of equality under the law. Simply because of the plight of one group, we must remember that this could just as easily affect another group.

Progressives, on the other hand, would rather categorize by groups, assigning special “positive rights” to individuals, perhaps in part because of past injustices. Further, these same progressives so often wish to pit groups against each other, whether it be rich vs. poor, black v. white or men v. women. This divisiveness is a signature tactic of the “mob-ocracy” warned against by James Madison in the Federalist Papers. Ironically, this prioritizing of some over others and division of the populace is what created so much of the discrimination which is being protested now; the roles have just been swapped.

From birth, none of us ought to be gifted certain privileges because of anything pertaining to a “status” which we enjoy. We are owed only the natural rights of life, liberty and property (so long as we do not infringe upon those same rights for others). The episode chronicled in Phoenix on Saturday should serve as a reminder of the differences between the final goals of progressives, as opposed to libertarians.