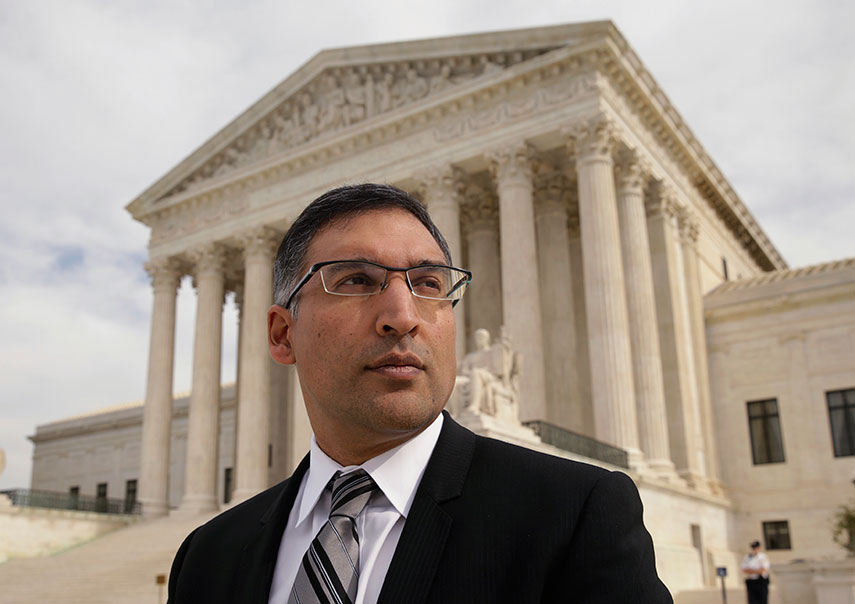 Neal Katyal, who served as acting solicitor general in the Obama administration, urged Democrats to support the nomination of Judge Neil Gorsuch for the current vacancy on the Supreme Court.

The solicitor general represents the U.S. government in all litigation before the high court. Katyal assumed the post in 2o1o after Justice Elena Kagan’s appointment to the Supreme Court. He left the solicitor general’s office and entered private practice in 2011. Katyal also served as co-counsel for former Vice President Al Gore in Bush v. Gore.

Writing in The New York Times, Katyal praised Gorsuch’s temperament and commitment to the rule of law.

“I, for one, wish it were a Democrat choosing the next justice,” he writes. “But since that is not to be, one basic criterion should be paramount: Is the nominee someone who will stand up for the rule of law and say no to a president or Congress that strays beyond the Constitution and laws?”

“I have no doubt that if confirmed, Judge Gorsuch would help to restore confidence in the rule of law,” he said.

He went on to praise the judge’s integrity, arguing Gorsuch’s evenhanded approach to jurisprudence would ensure an equitable distribution of justice to all parties arguing before the Court.

“Right about now, the public could use some reassurance that no matter how chaotic our politics become, the members of the Supreme Court will uphold the oath they must take: to ‘administer justice without respect to persons, and do equal right to the poor and to the rich,’” he said. “I am confident Neil Gorsuch will live up to that promise.”

From his perch at Hogan Lovells, Katyal continues to argue frequently before the Supreme Court — the appeals practice at Hogan Lovells has had 10 cases granted by the high court this term. Ian Milhiser, justice editor at ThinkProgress, argued observers should be dubious of Katyal’s endorsement because of his frequent appearances before the justices.

As a rule, be skeptical of statements praising a SCOTUS nominee from lawyers who practice before the Supreme Court. https://t.co/q2k5GLgaY3

In a subsequent post, Milhiser argued that Gorsuch would likely give a sympathetic hearing to Katyal’s corporate clients, several of whom currently have cases pending before the Court. He argued that Katyal should have made such a disclosure in his New York Times piece.

He added that the former solicitor general is one of the most respected members of the Supreme Court bar. Chief Justice John Roberts has called him “one of the finest lawyers who has argued before the Court.”