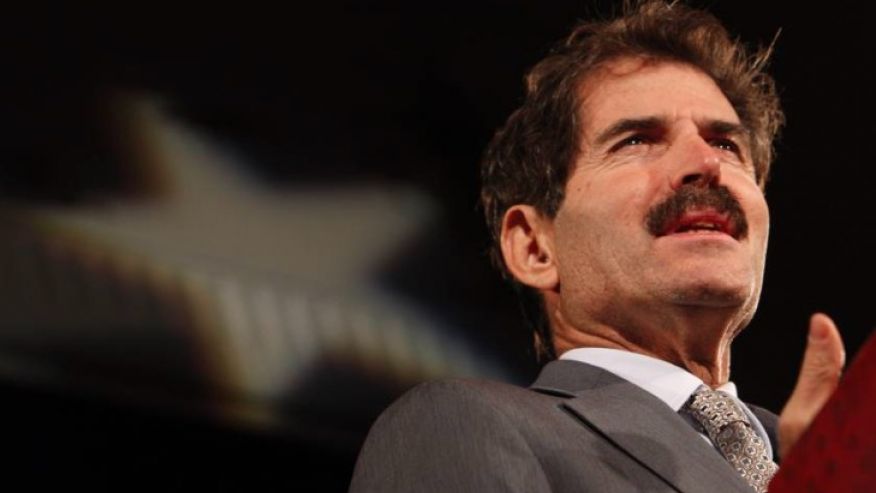 In an Op-Ed for Fox News, former television show host and liberty journalist John Stossel penned that President Donald Trump had “broken his heart” in regards to his actions on immigration, threats of punitive tariffs, and “trashing trade.”

The liberty stalwart started off his opine by admitting that he was never a Trump supporter, though he found excitement in his first days as President, explaining that, “on TV I have called him a bully, a narcissist, etc. — but his first days were thrilling!”

Stossel exclaimed “finally” there was a President who “meant it when he said he’d cut red tape that kills growth, a man who mocks political correctness and sneers at leftist reporters.” He lauded the people Trump had picked for his various cabinet positions, say that these people were not “the political hacks I’ve come to expect from D.C. — not the smug bureaucracy-lovers Hillary Clinton would have inflicted on us.”

The long time journalist continued, “[they] understand the limits of government command and control, people eager to lift the web of opportunity-smothering rules.”

It was at this point that Stossel, a reformed liberal turned lover of liberty, started to explain why, after all his previous praise, President Trump had broken his heart.

His immigrant ban is bad. I won’t write about it until I know more. But even before that, he said he’d impose a 20 percent tax on Mexican imports, and he trashed trade by insisting that “we want the (Keystone) pipe to be manufactured here!”

I know — he said stuff like that when campaigning, but I didn’t think he meant it. His own businesses use overseas suppliers if they are cheaper or better. He must know that tariffs punish Americans, that a trade war helped create the Depression.

“Protecting” jobs with bans and tariffs is counterproductive.

Stossel, after mentioning the economic protectionism, predicted that Trump supporters would sneer at him for his comments, but her went on to explain:

Yes, some steelworkers’ jobs are saved by buy-American edicts, but more jobs will be lost. It’s hard to recognize this because of a conflict economist Frederic Bastiat called “the seen vs. the unseen.”

We see the jobs at a steel plant. If it closes, our cameras record the moment. We interview the workers on their last day. Our hearts break at their disappointment. Many won’t find other jobs, or jobs that pay as well. We want to “do something” to help.

What we don’t as easily see, though, are the many jobs created if companies are free to use steel that’s a little cheaper. We don’t see the jobs created by the dynamism that results when people are free to buy and sell all over the world. Alternatively, we don’t easily see the jobs that never get created because tariffs or “buy American” rules make ingredients more expensive.

“History makes it clear: Where trade is free, prosperity follows. When it is restricted, stagnation follows.” said the libertarian-minded host.

To validate his claim against “protectionism,” Stossel explained the degression of China, where in 1400 the country was a beacon of innovation, proliferating the use gunpowder, paper and printing process. “Then they walled themselves off. They burned the trading ships. The emperor wanted to ‘protect’ the Chinese from outsiders.” he said. “The result was stagnation. By last century (before free market reforms), China was one of the poorest nations on earth,” Stossel concluded.

Stossel then moved to speaking about Trump’s inauguration speech, in which Trump promises “to take power from Washington and give it ‘back to you, the people.’ America ‘must protect our borders from the ravages of other countries making our products, stealing our companies and destroying our jobs.'”

At Cafe Hayek, economist Don Boudreaux writes, “Overlook the absurd suggestion that foreigners who peacefully offer to sell to us attractive products at low prices are akin to invading armies … Trump’s incessant promise to raise trade barriers is a promise to reduce each American’s freedom to spend his or her money as he or she chooses … a pledge to give to politicians and bureaucrats in the capital city more authority.”

He mentions that he wants to cut Trump some slack, and the benefit of the doubt, but then references Historian Robert Higgs. Higgs has asked:

“Why do some libertarians cut Trump so much slack? … (s)omeone who enjoys thumbing his nose at the political establishment (poses) his own brand of threat to your life, liberty, and property. Trump talks about many things. … But … there is one topic that he never mentions, and that is freedom.”

This is a contention which Stossel agrees and uses to wrap up his piece on Trump, saying, “It’s true. I never hear Trump say the word. I wish he knew what it really means.”

While it is true that Trump may do things here and there which will touch the hearts of many libertarians, actions which deserve praise, or more allegorically a “carrot,” there have also been many actions which are completely antithetical to the liberty movement. These setbacks or created/continued precedents which continue the growth of power to government deserve a “stick.”