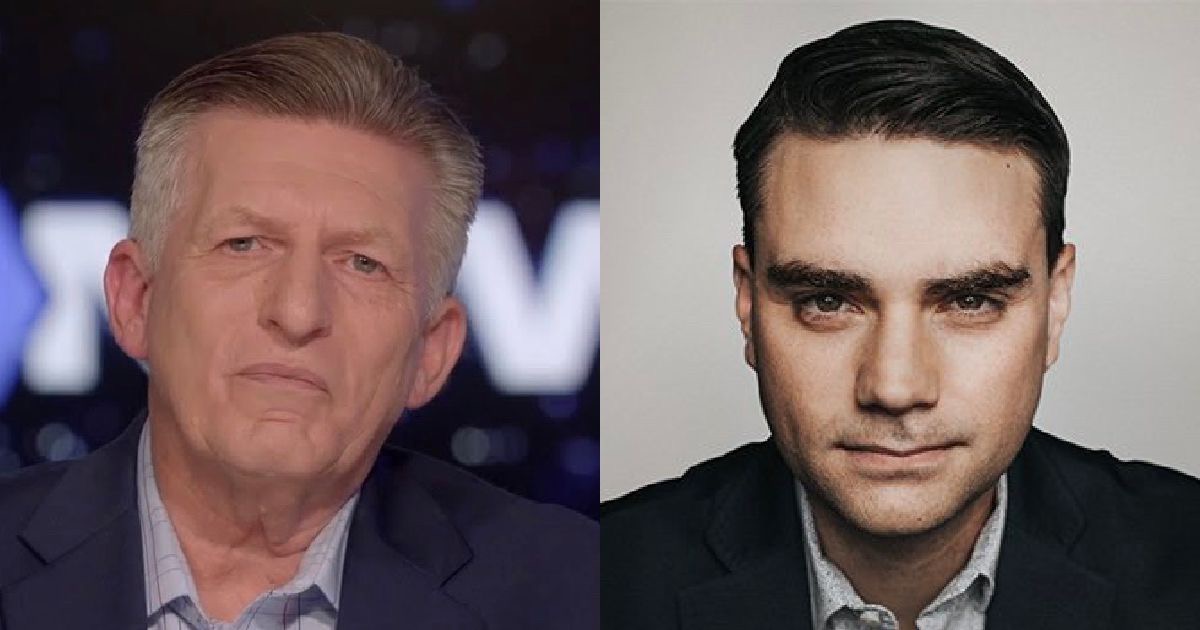 In a video clip posted on Twitter by Right Wing Watch Saturday, Rick Wiles went on a rant about why he believes Conservative Christians were wrong and “spiritually schizophrenic.”

“Ben Shapiro denies the deity of Jesus Christ, I’ve heard him say this before. What I’m shocked by is that there are millions of conservatives in this country, including Christians who support him! They will buy his books and boost his career, and yet he openly denies that Jesus Christ is the Son of God. That makes him an Antichrist! St. John said that anyone who denies that Jesus Christ came to earth as God in human flesh is antichrist. There is no one antichrist, there is a spirit of Antichrist and Ben Shapiro has the spirit of Antichrist because he denies that Jesus Christ is the Son of God. He denies that He is resurrected. He says we don’t even use the word resurrected. He’s a Kabbalist. Another man added to Wiles’ statement, saying that Shapiro laughed and mocked at the idea of Jesus being a prophet, and says that Shapiro called Jesus a “rebel criminal.”

Wiles continued, calling Christian supporters of Shapiro “spiritually schizophrenic” and said that the reason for Ben’s success was because he denies the deity of Christ.

Before I get into breaking down what I see as an utterly stupid attempt at bashing a man whom I feel is a staunch advocate for capitalism and individual liberty, allow me to disclose a bit of personal information that I think qualifies me to speak in Ben’s defense. While I am a libertarian and not a conservative, I am a Christian and my faith is fundamental to my personal life. I would also consider myself a pretty big fan of Ben’s work, and would go so far as to say that while we wouldn’t agree on every policy issue, we share the same core political values.

I sincerely don’t understand why Mr. Wiles is shocked that anyone who truly cares about individual liberty and limited government wouldn’t find something they like about Ben Shapiro. I challenge him to find a man that speaks up on behalf of the ideas of liberty and defends our founding documents as boldly as Ben. The number of individuals that have fought to protect our founding documents today as hard as Shapiro does could probably be counted on one hand!

That, Mr. Wiles, is why people support him. Because they believe in the Western values he advocates for – freedom of religion, freedom of speech, capitalism, and private property rights. It doesn’t mean that we necessarily subscribe to Judaism; some of us might, while others might be Christians and others of no faith at all! I wasn’t aware that being political allies condemns people spiritually. That doesn’t sound very Conservative to me; instead, it sounds like theocratic tyranny!

As to the comments concerning Shapiro’s denunciation of Christ’s divinity, what tipped you off there, genius? The funny hat? Of course he doesn’t think Jesus is God’s Son. He’s Jewish! I thought that was pretty self-explanatory. A person’s faith is a personal choice based on their own free will. Shapiro has regularly defended the Bible – both Old and New Testaments – in spite of not believing the second half of the Christian Bible. I have also heard Ben say in several different interviews that Judaism doesn’t seek to convert anyone as he did recently when he clarified his position on gay marriage on Joe Rogan’s podcast. That is the exact opposite of what someone with an antichrist spirit would do. They would either seek people to worship them or, at the very least, pull Christians away for following Jesus.

It is also worth noting that Jesus, or Yeshua (as Jesus is known by his Hebrew name), was Jewish. So were the 12 disciples, Paul and all the writers of the New Testament as well as most of the early Church. In fact, the New Testament was written to advise the church with issues they were facing at the time, and they were quoting the Old Testament the whole time. The writers of the New Testament intended to bring clarity to what had been said in the Old. As Jesus said in Matthew 5:17-20 (AMPC)
17 Do not think that I have come to do away with or [a]undo the Law or the Prophets; I have come not to do away with or undo but to complete and fulfill them.
18 For truly I tell you, until the sky and earth pass away and perish, not one smallest letter nor one little hook [identifying certain Hebrew letters] will pass from the Law until all things [it foreshadows] are accomplished.
19 Whoever then breaks or does away with or relaxes one of the least [important] of these commandments and teaches men so shall be called least [important] in the kingdom of heaven, but he who practices them and teaches others to do so shall be called great in the kingdom of heaven.
20 For I tell you, unless your righteousness (your uprightness and your right standing with God) is more than that of the scribes and Pharisees, you will never enter the kingdom of heaven.

That is to say, in the Christian view, Jesus is the fulfillment of the Old Testament. Jesus completed the Old Testament, and New Testament writings clarify what was said in the first half of the book.

I would also remind anyone who uses the Christian faith or any other worldview, to justify the intolerance of another of the words of George Washington in his letter to the Hebrew Congregation of Newport Rhode Island. He reassured the Jews that the government of the United States would protect their right of conscience. “The citizens of the United States of America have a right to applaud themselves for having given to mankind examples of an enlarged and liberal policy — a policy worthy of imitation. All possess alike liberty of conscience and immunities of citizenship.
It is now no more that toleration is spoken of as if it were the indulgence of one class of people that another enjoyed the exercise of their inherent natural rights, for, happily, the Government of the United States, which gives to bigotry no sanction, to persecution no assistance, requires only that they who live under its protection should demean themselves as good citizens in giving it on all occasions their effectual support.
It would be inconsistent with the frankness of my character not to avow that I am pleased with your favorable opinion of my administration and fervent wishes for my felicity.” Washington continued with the biblical verse Micah 4:4, “May the children of the stock of Abraham who dwell in this land continue to merit and enjoy the good will of the other inhabitants — while every one shall sit in safety under his own vine and fig tree and there shall be none to make him afraid.”

So that makes me wonder why would any Conservative who cares about the constitution and the words of the founding fathers care what religion a person is or isn’t when it comes to government as long as the person in question defends their right to obey their religious conscience? Unless they aren’t a Conservative at all, but rather a Theocrat who masquerades as a Conservative. Conservatism without a Constitutional grounding will lead down a dangerous and tyrannical road. As Austin Petersen recently said, “Conservatism without Constitutionalism is National Socialism.”

As a libertarian, I have sworn to resist all forms of tyranny, be it religious or secular, and I refuse to let a so-called “man of God” smear a staunch defender of the Enlightenment and Judeo/Christain values that produced our Constitutional Republic. If being a fan of Ben Shapiro makes me a person with “religious schizophrenia”, then I hope my medication is kosher.

Opinion: Too Soon? Five Rising GOP Stars To Watch In 2024

Ben Shapiro: “I’ll Meet You at the Door With a Gun” if Beto Pushes For LGBTQ Mandate