ExxonMobil was ordered Wednesday to disclose a trove of missing emails from an alias once used by the company’s former CEO for communicating with the oil producer’s other executives.

A judge directed Exxon to hand over the communications to New York Attorney General Eric Schneiderman, a Democrat who has been investigating the company’s climate research since the beginning of 2015.  He publicized U.S. Secretary of State Rex Tillerson’s use of the alias “Wayne Tracker” along with his professional email.

Schneiderman also claimed the alias was used to discuss ways the company could hide research on climate change from the public, and should be disclosed as part of the New York Democrat’s probe. The New York lawman gained access to the company’s documents nearly 8 months ago, but has yet to disclose evidence Exxon violated any laws.

The oil producer’s legal representatives, meanwhile, are accusing Schneiderman of manufacturing an email scandal to provide a rationale for his investigation, according to court documents filed in early March.

“To date, Exxon Mobil has produced more than 2.4 million pages of documents in connection with the [New York attorney general’s] climate-change investigation and has worked diligently to respond to [Schneiderman’s] extraordinarily broad and, in our view, often unreasonable and improper, investigative demands,” the lawyers wrote in a letter to the Supreme Court of New York last week.

The court’s decision to force Exxon to disclose the alias emails, as they are now known, comes on the heels of revelations that Schneiderman’s own staff has used private email channels to conduct his legal work.

Discoveries show that Lem Srolovic, the assistant attorney general at the New York Attorney General’s Office, used his personal email account in 2012 to prepare for a meeting with various environmental organizations, according to documents obtained by The Daily Caller News Foundation.

Srolovic used his personal Gmail account in November of 2012 to send PowerPoint presentations to his colleagues in the attorney genera’s office in preparation for a meeting with “environmental organizations.”

His email raises questions about how often Schneiderman’s office uses personal emails for professional meetings, which would be a violation of New York law if done while gathering information for the Exxon probe. 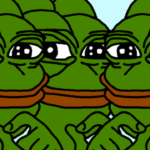 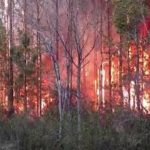