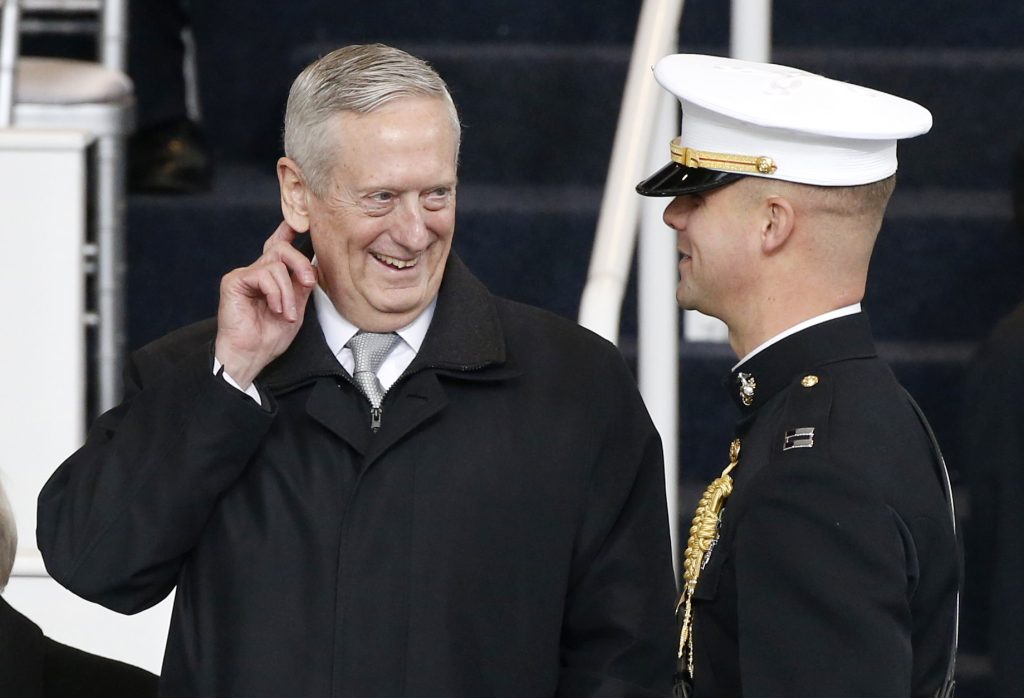 Washington is pushing for a bloodless solution to the North Korea problem, but Pyongyang believes the U.S. has other plans.

Secretary of Defense James Mattis warned in May that taking military action against North Korea would result in a conflict that would be “tragic on an unbelievable scale,” adding that the goal is a diplomatic solution. North Korea, however, is concerned the defense secretary is intentionally trying to deceive the country.

North Korea’s state media condemned Mattis, whose nickname is “mad dog” (although he’s apparently not fond of it), as a “rabid dog” and a “warmonger.”

“It is ridiculous, indeed, that such warmonger talked about ‘non-military counteraction’ and ‘diplomatic solution’,” the Rodong Sinmun, the paper of the ruling party, wrote Monday.

North Korea has been a troublemaker for decades, and with each passing year, the threat has escalated. North Korea has conducted five nuclear tests, and earlier this month, after a string of successful missile tests, the reclusive regime launched an intercontinental ballistic missile, which some observers assess could strike a number of targets in the U.S.

In response, the Trump administration, which denounced the Obama-era policy of “strategic patience,” has been pursuing a strategy of “maximum pressure and engagement,” which supposedly involves economic sanctions, military deterrence, and diplomatic pressure in an effort to force Pyongyang to the negotiating table.

Mattis has been repeatedly arguing against war with North Korea.

“We would win at great cost,” Mattis told the House Appropriations Committee in June, responding to questions about what a renewed conflict with North Korea might look like. “It would be a war that fundamentally we don’t want.”

“A conflict in North Korea would be probably the worst kind of fighting in most people’s lifetimes,” Mattis told CBS News in late May, adding that such a conflict would be “catastrophic.”

Mattis’ rhetoric has consistently indicated that he is opposed to a war with North Korea unless absolutely necessary, such as in the event that North Korea launched an attack on the U.S. or one of America’s allies in Asia, but North Korea is not convinced. “Such third-rate plot of old warmonger Mattis can never work on the DPRK,” the Rodong Sinmun wrote.

North Korean state media warned that the U.S. should recognize North Korea’s newfound strength, explaining “The U.S. should clearly know that the rival is the nuclear power in the East and the worldwide rocket power.”

“If the U.S. chooses a military option after misjudging a high degree of vigilance and will of the service personnel and people of the DPRK, the former will not escape the bitterest end,” the paper asserted.

North Korea’s wartime worldview demonstrates the difficulties of negotiating with the isolated country. Several U.S. officials have stated that the U.S. goal is not regime change and stressed that the U.S. wants only to denuclearize the peninsula, not engage the North in conflict.

North Korean leadership clings to its nuclear weapons and missiles for fear of meeting the same fate that befell Saddam Hussein in Iraq and Muammar Gaddafi in Libya, arguing that its pursuit of increasingly-powerful weapons is justified given America’s history.