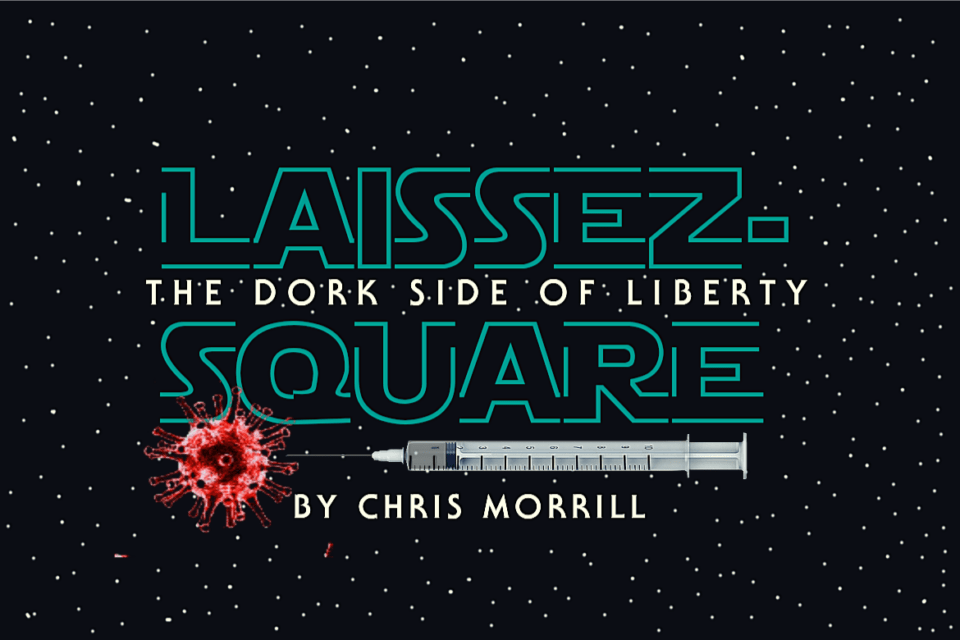 The end of the COVID-19 pandemic may now be in sight, with two vaccines making the rounds and a few more on the way. As of now, they are only available for “high risk” persons (the elderly, health care workers, educators, and such.) It won’t be long until they’re available for the general public, though.

But, America being the squalid hellscape of conspiracy theories that it is, a sizable portion of the population doesn’t plan on taking the vaccine. That number of naysayers could be as high as a staggering 33%, according to one study published in the late summer of 2020.

What fuels this American obstinance? Like a lot of things these days, there is a political undercurrent to it. Many people, especially in red state America, think that COVID-19 is being overblown (at best) or is a hoax (at worst.) Combine this with the U.S. anti-vaxxer movement, which was burgeoning well before any of our Chinese friends ate undercooked bat soup in late 2019, and you have a perfect storm.

It would be easy to be outraged about this American pigheadedness. However, I choose to take this as a positive. If vaccine supplies are going to be limited for a while, and many folks don’t want it, that’s actually great. It makes more available for myself and my family.

No vaccine for thee? That’s more for me.

I do not believe COVID-19 is a hoax and I am not an anti-vaxxer. (Let’s say it all together now: “You’re not a real libertarian!”)

When the pandemic really hit full steam in the United States in March of 2020, it was merely a rumor in my little corner of the world. Bit by bit, however, it started showing up in southeast Missouri. Now, in the new year, it’s everywhere.

My immediate family has not been directly affected, yet (knock on wood). But we’ve had several COVID cases in the extended/step/half/in-law/whatever family, including one fatality. So don’t throw any of that “hoax” bullshit in my direction.

I am not worried about myself, per se, as I am not in any of the high risk groups. But there are definitely several high risk persons in my home and in my family. I’d rather not pass anything along to them. I mean, besides my usual snark and bad attitude.

Do I trust Big Pharma? More than Big Government, certainly. Neither Pfizer nor Moderna (nor any other pharmaceutical company) has ever tried to kill me to my knowledge. And if they did, it would be a curious marketing strategy. I’m not crazy that the U.S. government gave Pfizer and Moderna total immunity from any lawsuits resulting from their vaccines. But that’s the government’s fault, not Big Pharma’s. They still will face real world consequences if their vaccines go wrong—not the least of which would be the ruining of their brand names and their stock value.

Were the vaccines rushed? Well, that depends on who you ask. What would later become the Moderna vaccine was actually first cooked up almost a year ago.

Pfizer’s vaccine is estimated to be about 95% effective while Moderna’s is about 94%. “How did they do this so quickly?”, scream the conspiracy theorists. Maybe because COVID-19 isn’t a terribly complicated virus. It’s quite similar to SARS and MERS and several other bugs that may have originated from animals. It ain’t our first time in this rodeo; just our most severe ride in a century.

Should the government force people to take any vaccine? Ever? Of course not.

But private businesses can certainly demand that you do so before coming onto their property. And some probably will. If that means a “vaccine passport“, so be it. It’s neither similar to marking Holocaust victims nor taking the Mark of the Beast, and people who claim so should be waterboarded.

Is Bill Gates putting microchips in the vaccine to track you? You know, as a Linux geek, I have my own beefs with Mr. Gates and Microsoft. But this ain’t one of them. I am prone to occasional delusions of grandeur, but to think I’m important enough to be chipped by Bill Gates (or anyone else) is fanciful indeed.

Some people demanded that politicians publicly take the vaccine first. So, naturally, several did. Including President-elect Biden over a week ago. But then the nutters moved the goal posts, as they like to do. “Sure he took it,” they said, “but how do we know it’s the real vaccine. It was probably just saline!” Please get bent. Joe is still quite alive and well (at least physically) after taking the vaccine. I’m not saying he won’t keel over tomorrow, because he might. Some call his frailty a feature, not a bug. But whatever happens to him, it will almost certainly not be COVID-19 or a reaction to the vaccine against it.

“But haven’t you seen Utopia,” the alarmists cry. “Or V for Vendetta? Or I Am Legend? The virus is a conspiracy theory! Or the vaccine is! Or, better yet, both!”

I don’t know, man. I try not to take scientific advice from fictional movies. My doctor and I have our occasional disagreements, usually over my consumption of red meats and beer, but I will probably choose to trust him more than random loons on the internet. Or Jenny McCarthy. Our government can’t find its ass with both hands on most days; I doubt they possess the guile needed to poison us all on the sly.

I’ll be happy to do my part to get us to herd immunity. I would like to go back to doing simple things like attending sporting events, attending concerts, attending enormous indoor or outdoor parties, traveling, hanging out with my elders, and generally being out and about. And I say that as one of the most antisocial people I know. If I’m somewhat tired of being cooped up, then I suspect everyone is. If that means I have to get one or two shots, that’s fine. I’m no fan of needles, but I’ve been pricked more times than Stormy Daniels.

Come to think of it, I’ve taken plenty of vaccines in my life. And I turned out fine.